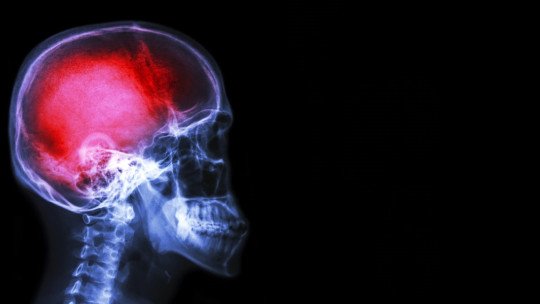 Over hundreds of thousands of years of evolution and natural selection, the human organism has refined various ways of avoiding dangerous situations.

One of them is something as basic as the development of pain receptors , or nociceptors, which are spread over many areas of our body, especially near our skin, which is the area where most often avoidable threats appear.

Of course, looking at everything from a certain perspective, pain, more than a useful tool, can be a torment … literally. There are many situations that produce so much pain that for a certain time they completely invade all the emotional and cognitive processes that are taking place in our mind and make all our attention shift towards intense suffering, without us being able to avoid it.

The 8 worst and most intense pains

Below you can see the 8 great representatives of those situations where pain is pushed to the limit .

A disorder of the nervous system that affects the trigeminal ganglion, which communicates with one of the large brain nerves . That is why when it appears, the pain spreads to areas of the head: the scalp, the lips, the eyes and the nose.

Petrified ore pieces crawling slowly through small urinary tracts and tearing off parts of tissues in their path. Not only the injured part hurts, but all adjacent areas, which become inflamed. Whoever has suffered it knows that it is one of the most unbearable pains.

Bones are the basic structure of our body, and therefore a relatively simple injury to them can have catastrophic consequences for our chances of survival.

Or at least this is what happened until thousands of years ago, when there was no way to splint a body part with broken bone and such an injury easily led to death. Today one can easily survive such an injury, but our body has not yet adapted to this new reality , and that is why the pain receptors in the bones and adjacent areas continue to torment us when we have such an accident. A migraine is not a simple headache, it is a layer of intense pain and “pins and needles” or “cramps” that takes over a large portion of the head. In addition, migraines make it difficult to think and see clearly, so the discomfort is compounded by how such basic aspects of our identity and mental capacities are temporarily limited. It is this set of discomforts that makes a migraine painful.

The mouth is an area of the body full of sensory cells of all kinds. And, of course, pain receptors are also very much present on the tongue and gums.

That is why pulling out or drilling molars, especially if they are large and broad-based (like wisdom teeth) can be a torment if anesthesia is not used properly. Fortunately, with anesthesia it is a very uncomfortable but bearable experience. We have medicine to thank for the fact that we can be operated on without going through a real ordeal.

Similar to what happens with nephritic colic, gallstones, which are objects that look like small stones, crawl through the bile ducts , in which case they are so large that they completely obstruct these ducts. A very painful and strenuous experience.

When part of the chains of neurons that travel along the spine are pinched by a vertebra slightly out of place, a herniated disk appears. As the lesions directly affect the neuronal fibres which rapidly carry information to the brain , the pain is very intense and acute. To make matters worse, these are lesions that can continue for weeks or even months.

A burn is a lesion in a region over a wide area of the skin in which all the pain receptors have been activated almost simultaneously. In addition, as it can leave the skin damaged forever, poor healing can leave very painful after-effects.

The following images may hurt your sensitivity.

8. Injuries or microinjuries to the testicles

This is one of the most intense forms of pain that can occur after milder accidents. A slight blow in this area of the male anatomy is capable of knocking out any man for more than a minute, although the pain usually appears a few seconds later.