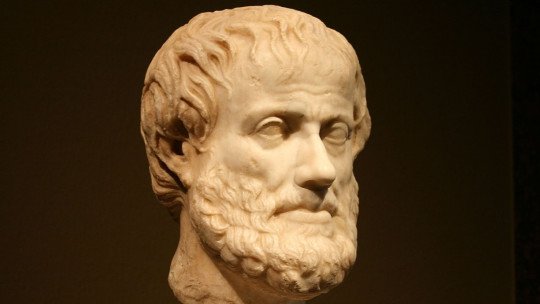 The incursions of philosophy into the field of politics have more than two thousand years of history.

If Plato became known for relating his theory of ideas to a model of political organization based on an iron hierarchy, his disciple Aristotle did not lag behind, and proposed a series of democratic principles that, according to him, were necessary so that the voice and interests of the people could shape the important decisions that are made.

This series of proposals are known as the 9 rules of democracy according to Aristotle .

The context: the democracy of Athens

Of course, the democratic standards of Ancient Greece are not very similar to those prevailing today in most Western industrialized countries. Although the Athenians are considered to be the fathers of democracy, at that time only rich families could be represented. The majority of the population, which included slaves, women and minors, as well as people considered foreigners, had no voice or vote.

Moreover, this model of democracy was far from widespread throughout Greece. The Spartans, for example, placed much more emphasis on the need to function as a large military camp than on the virtues of political representation.

This is the context in which Aristotle wrote his texts on politics; in Athens, some people went by lot to places of political representation where a few dozen people debated. The part that managed to convince the rest won out, and that is why for certain wealthy families philosophy was reduced to a game of rhetoric in which the form in which something was said was more important than the content of that message.

That is why in Athens there was a proliferation of rhetorical experts, the so-called sophists, who instructed anyone who paid them in the art of convincing others , something that was considered an investment to gain power of influence.

Both Socrates and Plato showed their total repulsion for this conception of philosophy so based on relativism, since they understood that the truth did not change depending on who paid for the defense of certain interests.

After these two philosophers, Aristotle did not place so much emphasis on the need to access a universal and absolute truth regardless of the consequences this might have, but he did believe it was important to set a series of rules so that democracy would be as perfect as possible , avoiding the risks of corruption and rhetorical tricks.

This set of rules of Aristotle’s democracy were written in his book Politics , and are as follows:

1. Choosing all the judges from among all of them

Aristotle understood that politics affects everyone and therefore everyone should have the right to influence politics.

This fit between collective and individual interests was considered fundamental for democracy not to have blind spots.

3. That public offices be designated by drawing lots

This Greek philosopher believed that, where possible and where the need for technical knowledge was not a stumbling block, positions should be chosen by lot to avoid influence peddling.

4. That a person cannot hold the same position twice

Aristotle believed that this rule of democracy was fundamental to prevent certain positions from remaining entrenched, which would cause a person’s personal interests to become mixed up with the political objectives he was pursuing.

5. That the same person only holds one public position at a time

This rule, which had the exception of the people dedicated to the protection of the city through the army, could serve as a primitive model of separation of powers.

6. That public positions be of short duration

This was necessary, once again, so that the personal interests of politicians did not interfere too much with their political role.

The idea of justice should be above political objectives and concrete strategies, for the good of the whole population and in order not to set precedents of injustice.

8. Let the assembly of the people have power over all things

Fundamental decisions should come from the sovereignty of the people, not from the decisions of a few people.

9. No public office for life

This was necessary to prevent the emergence of gaps between the power of public officials and the rest of the population. If there are lifetime positions, they could take any unfair measure, since they are guaranteed extra power for their entire lives and therefore would not have to pay the consequences.