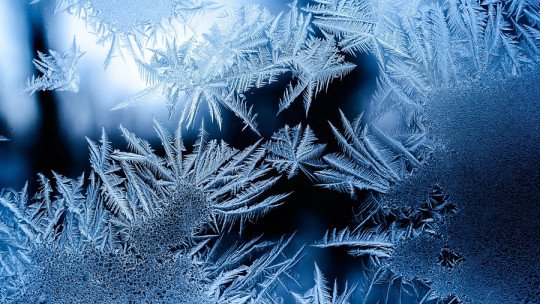 It is traditionally thought that matter can only be found in three states: solid, liquid and gas. However, this is not true. We have seen other states of aggregation of matter that, although rare, also seem to exist .

Next we will see the main characteristics of each of these states, who discovered the most recent ones and which are the processes that make an object go from one state to another.

States of aggregation of matter: what are they?

In physics, the state of aggregation of matter is understood to be one of the characteristic forms in which matter can occur . Historically, the distinction between states of matter was made on the basis of qualitative properties, such as the solidity of the object, the behaviour of its atoms or its temperature, the traditional classification being that of liquid, solid and gas.

However, thanks to research in physics, other states have been discovered and raised that can occur in situations that, normally, are not possible to replicate, such as extremely high or low temperatures.

Next we will see the main states of matter , both those that make up the traditional classification and those that have been discovered in laboratory conditions, as well as explaining their physical properties and how it is possible to obtain them.

Traditionally, there have been three states of matter, depending on how their atoms behave at different temperatures . These states are basically three: solid, liquid and gas. However, later it was incorporated into the plasma between these fundamental states. The most remarkable of the following four states is that it is possible to observe them in everyday situations, being at home.

To understand the four fundamental states of aggregation of matter, in each section we will see how H2O, that is, water, presents itself in each of these states .

Objects in the solid state are presented in a defined way, that is, normally their shape does not change, it is not possible to alter it without applying great force or changing the state of the object in question.

The atoms of these objects intertwine to form defined structures , which gives them the ability to withstand forces without deforming the body in which they are located. This makes these objects hard and resistant.

Objects that are in a solid state usually have the following characteristics:

If the temperature of a solid is increased, it is likely that it will end up losing its shape until its well-organized atomic structure disappears completely, becoming a liquid.

Liquids have the capacity to flow because their atoms, although they continue to form organized molecules, are not so united with each other, there being more freedom of movement .

H2O in its liquid state is normal, running water.

In the liquid state, the substances have the following characteristics:

In the gaseous state, matter is composed of molecules that are not joined together, having little force of attraction between them , which means that the gases do not have a defined shape or volume.

Thanks to this, they expand completely freely, filling the container that contains them. Their density is much lower than that of liquids and solids .

The gaseous state of H2O is water vapour.

The gaseous state has the following characteristics:

Many people do not know this state of matter, which is curious, since it is the most common state of the universe, since it is what the stars are made of.

In essence, the plasma is an ionized gas, that is, the atoms that compose it have separated from their electrons , which are subatomic particles that are normally found inside the atoms.

Thus, plasma is like a gas, but composed of anions and cations, which are negatively and positively charged ions, respectively. This makes plasma an excellent conductor.

In gases, being at high temperatures, atoms move very fast . If these atoms collide with each other very violently it causes the electrons inside them to be released. Bearing this in mind, it is understandable that the gases on the surface of the Sun are constantly ionized, because there is a lot of temperature, causing them to become plasma.

Fluorescent lamps, once lit, contain plasma inside. Also, a candle fire would be plasma.

There are not only the four states already mentioned. Many more have been raised and discovered under laboratory conditions . Next we will see several states of aggregation of matter that could hardly be observed at home, but that could have been deliberately created in scientific facilities, or have been hypothesized.

Originally predicted by Satyendra Nath Bose and Albert Einstein in 1927, Bose-Einstein condensate was discovered in 1995 by physicists Eric A. Cornell, Wolfgang Ketterle and Carl E. Wieman.

These researchers managed to cool atoms to a temperature 300 times lower than what had been achieved to date . This condensate is composed of bosons.

In this state of matter the atoms are totally still. The substance is very cold and has a high density.

Fermi condensate is composed of fermionic particles and resembles Bose-Einstein condensate, only instead of using bosons, fermions are used.

This state of matter was first created in 1999, although it would not be until 2003 that it would be possible to replicate it with atoms instead of just fermions, a discovery made by Deborah S. Jin.

This state of aggregation of matter, which is found at low temperatures, makes the matter superfluous, i.e. the substance has no viscosity at all .

This state of matter is particularly strange. It consists of carrying helium-(4) atoms at very low temperatures, close to absolute zero.

Atoms are arranged in a similar way to what you would expect in a normal solid, such as ice, only here, although they would be frozen, they would not be in a totally still state .

The atoms begin to behave strangely, as if they were both solid and fluid. That’s when the laws of quantum uncertainty begin to take over.

A supercrystal is a phase of matter that is characterized by superfluidity and, at the same time, a solidified amorphous structure .

Unlike normal crystals, which are solid, super crystals have the ability to flow without any resistance and without breaking the actual crystalline structure in which their atoms are organized.

These crystals are formed by the interaction of quantum particles at low temperatures and high densities .

Superfluid is a state of matter in which the substance has no viscosity. This differs from what would be a very fluid substance, which would be one that has a viscosity close to zero, but still has viscosity.

The superfluid is a substance that, if it were in a closed circuit, would flow endlessly without friction. It was discovered in 1937 by Piotr Kapitsa, John F. Allen and Don Misener.

State changes are processes in which one state of aggregation of matter changes to another while maintaining a similarity in its chemical composition . Next we will see the different transformations that matter can present.

It is the passage from a solid to a liquid state by means of heat. The melting point is the temperature to which a solid must be exposed in order to melt, and is something that varies from substance to substance . For example, the melting point of ice to water is 0 degrees Celsius.

It is the passage from a liquid to a solid through loss of temperature. The solidification point, also called freezing point, is the temperature at which a liquid becomes a solid . It coincides with the melting point of each substance.

These are the processes by which a liquid passes into a gaseous state. In the case of water, its boiling point is 100 degrees centigrade .

It is the change of state of matter from a gas to a liquid. It can be understood as the opposite process to that of evaporation .

This is what happens to water vapor when it rains, since its temperature drops and the gas goes into a liquid state, precipitating.

It is the process that consists of the change of state of a matter that is in a solid state going to a gaseous state, without passing through the liquid state on the way.

An example of a substance that is capable of sublimation is dry ice .

It consists of the passage of a gas into a solid state without first transforming itself into a liquid .

It’s the change from a plasma to a gas.

It’s the change from a gas to a plasma.