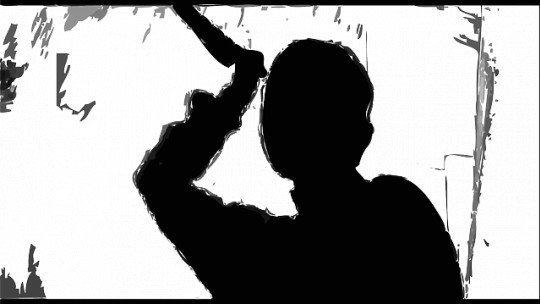 Suffering abuse is one of the worst experiences that a human being can go through , because the victims of these acts can not only suffer consequences on a physical level, but the psychological consequences for them can be devastating and last a long time, even a lifetime.

Unfortunately, abuse can occur in different situations, with a partner, at work, at school, etc. In this article we will go deeper into the different types of abuse and review their characteristics .

Profile of the abuser

The person who is abused can be scarred for life. But, what is an abuser like? what characteristic features define him/her? In many cases, this type of person suffers problems on a psychological level, some have grown up in unstructured families and in environments conducive to developing this type of personality.

Abusers are often intolerant, authoritarian, psychologically inflexible, aggressive, cruel and insensitive. But what is most remarkable about these types of people is that they tend to be pleasant at first, are blackmailers and are easily offended.

If you want to know more about what abusive individuals are like, visit our article: “Psychological Abuser Profile: 21 Traits in Common”.

What types of abuse are there and what are their characteristics

There are different types of abuse, but what are they?

Below you can find a list with the definition and characteristics of the different types of abuse .

Physical abuse is a type of abuse in which there is more than just words, that is, there is physical violence . Therefore, this abuse usually produces a physical injury, as a result of a single or repeated punishment, which can vary in its magnitude or intensity.

The most common forms of physical abuse are

In psychological abuse there is no physical contact, however, the consequences can be longer lasting than those produced by pushing, hitting or pulling the hair. It can appear together with physical abuse, and is characterised as a type of emotional violence in which these behaviours, among others, are used:

Child abuse can be of different types, for example, physical or psychological . Its main characteristic is that the person who is the victim of this type of abuse is a child, someone in a vital stage in which one is especially vulnerable.

At these ages, the sequelae can last a lifetime , although their severity varies greatly. One of the psychological phenomena that is most conducive is problems of low self-esteem and avoidant attachment.

Sexual abuse is one of the worst forms of maltreatment, because the consequences of these intimate acts may never disappear . Abuse of this type can take two forms: either by exercising this type of violence directly on the victim or through sexual exploitation.

This type of abuse can manifest itself not only through very violent contact, but also through kissing, caressing, touching and even words with intimate content are catalogued as behaviours of this kind of abuse. The psychological impact it can generate varies depending on the nature of the aggression and certain personality attributes of the person attacked.

Bullying is a term of Anglo-Saxon origin that enjoys great popularity today. It refers to both physical and psychological abuse that takes place in the school environment . The vulnerability of the people who suffer from school bullying and the pain that they feel is so great that they may even commit suicide in the most extreme cases, since the child, moreover, has the obligation to go to school constantly, exposing himself to abuse.

Mobbing is a phenomenon practically identical to bullying, with the difference that occurs in the workplace . This causes serious problems for the victim, who is forced to go to work and suffer all kinds of abuse and disdain that can undermine his or her self-esteem.

Many times, mobbing is aimed at forcing a resignation from work, since the dismissal of the abused person would cause problems with the law. In other cases, it may be motivated by problems of competitiveness and envy associated with an environment based on individualism.

If you want to go deeper into this topic, you can read our article: “The 6 types of mobbing or harassment at work”

One modern form of abuse is cyberbullying. This type of abuse is more frequent in adolescence and is characterised by the fact that it is carried out through the digital world and on social networks . Cyberbullying can manifest itself in the following way:

Not only can people mistreat other individuals, but institutions, both public and private, can, by means of laws, rules, procedures or actions , cause abuse, neglect and discomfort to individuals or groups of individuals.

Mistreatment or abuse is a pattern of behaviour used to gain and maintain power and control l, and can occur in many ways. One of them is economic abuse, which can occur with any individual, but mostly with a partner or an older person. For example, within the couple, when one of the members spends the other member’s money or makes it impossible for him/her to use his/her own purchasing power.