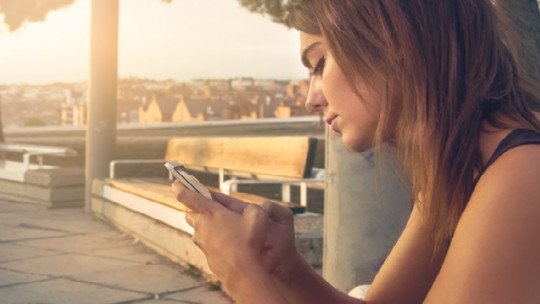 Beauty is a concept that is always difficult to approach . Each culture establishes the parameters of what it considers beautiful in each of the areas where beauty can play a role: not only in the world of art, but also in human beings.

Thus, certain facial, corporal and communicative features are associated, according to each culture and historical moment, with a greater beauty. Good-looking individuals are those who, by social consensus, are seen as more desirable and physically attractive, and may be the focus of much more frequent glances and comments than other less graceful people.

Related article: “Does Physicality Matter When It Comes to Flirting? 3 Thoughts on Beauty”

Beautiful people: is it all positive?

A priori, it seems that being handsome only has advantages: greater attention, the benefits of the halo effect, and greater possibilities of relating to others while making a good impression. However, several investigations put some nuances and point out some negative aspects that “suffer” people with an above-average beauty.

A series of scientific investigations have tried to find out what are the advantages and disadvantages of being handsome or beautiful . For example, a study published in Sociology Compass that was developed at the University of North Carolina analysed the social impact of beauty in various historical stages, and then compared them to each other.

They found several surprising results. Not only was beauty an important factor in society in general, but it could predict several phenomena in people considered “very beautiful”. Advantages of being handsome

Of course, being physically attractive has a number of advantages for life. This is where we allude to the halo effect again. Beautiful people benefit from this cognitive bias, which makes them, from their positive “beautiful” feature, perceived by others as more generous, kind and trustworthy . From a single positive trait, we tend to generalize the virtues in that same individual, even if we do not have the necessary information to reach that hasty conclusion.

In this sense, beauty is also perceived socially as a sign of social status . Although it is clearly nonsense, the truth is that we tend to attribute qualities such as kindness or generosity to beautiful people, and to treat them in a more deferential and gentle way.

Although there is no scientific data to support it, there is a hypothesis, very widespread among the legal and judicial world, that beautiful people tend to receive lighter sentences compared to ugly people , even though the circumstances of the crime may have been very similar.

In the same study by Walker and Frevert, other interesting data were reported. Physically attractive college students tended to be seen as more competent and intelligent than less attractive ones.

All this excess attention, approval and acceptance that beautiful people receive over time has effects on their own personality. This is also an interesting question to analyze. They tend to be more confident individuals , and even have better salaries (statistically speaking), according to one of the study’s authors. The difference in salaries between beautiful people and unattractive people could range from 10 to 20% in favor of the former.

Disadvantages of being handsome

Although we have so far discovered a few positive aspects of being physically attractive, beauty can actually be an obstacle or a negative factor in other contexts .

Individuals who have experienced mobbing, especially when it is sexually motivated, may report it. This type of sexual harassment in the workplace especially targets young, attractive women.

Research conducted in 1985 found that people tend to leave a greater physical distance from beautiful people when they walk down the street . This has two readings: on the one hand it can be considered a kind of symbol of respect, but it can also be understood as a tendency to exclude attractive people. It is as if the handsome ones have a kind of superior halo that other people perceive as inaccessible.

In fact, psychologists and dating site programmers often explain that the user profiles that get the most attention and dating are not the ones with the most perfect and seductive pictures . This could be explained by the principle of inaccessibility explained above: users with more “normal” photos can benefit from this greater psychological predisposition to want to meet people who seem accessible to us, even if they are not so beautiful.

Being handsome, a possible obstacle when looking for a job

All of us have faced a job interview at some point, an indispensable obstacle to get a good job.

In interviews, beauty can be more of an obstacle, especially if the interviewer is of our same sex . This could be due to a kind of unconscious protection against sexual competition, as a new worker with superior physical attributes may involve some unwanted competition. These are attitudes and decisions that operate at an intuitive level, but it is possible that in the business world there is some reluctance to give credibility to potential employees with great physical attractiveness.

Several conclusions and reflections on beauty

As we have been able to see, beauty is a cultural construct that, whether we like it or not, has a not inconsiderable impact on our daily lives .

The important thing is not to become obsessed at any time with our physical appearance, we have been more or less graced by Mother Nature. Knowing these scientific facts about the advantages and disadvantages of being handsome can help us to try to overcome the pitfalls we may suffer whether we are on one side or the other.