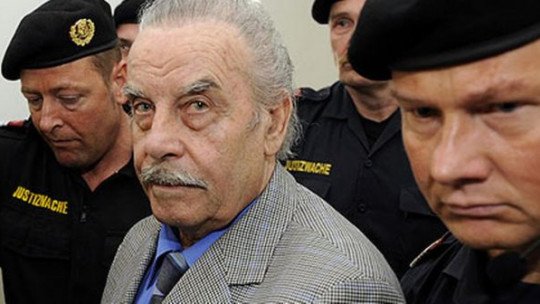 On April 26, 2008, a woman named Elisabeth arrived at a hospital in Austria to visit her nineteen-year-old daughter, who had suffered from multi-organ failure.

In view of her evident state of nervousness, she was interrogated by hospital doctors, at which point the woman declared that she had spent the last twenty-four years locked up in the basement of her father, who had raped her repeatedly during this time and with whom she had conceived up to seven children (including her hospitalized daughter). This is the story of the case of the Amstetten monster .

The history of this case begins in August 1984. At that time Elisabeth Fritzl, an eighteen year old woman, was drugged and locked in a hideout by her father, Josef Fritzl . The hideout in question was located in the basement of the family home, having been built years earlier by the young woman’s father.

Young Elisabeth was tied up for months, often raped by her own father. She was forced to write a note stating that she was leaving the house of her own free will and that she was in good health (pretending to have joined a cult), in order to justify her absence to her mother and the rest of society.

The confinement lasted for years, during which the man who would later be called “Amstetten’s monster” continuously abused his daughter, having up to seven children with her (one of whom would die due to his refusal to receive medical assistance), three of whom remained with their mother and would often be used to coerce the woman to agree to maintain relationships.

None of the prisoners would see the light of day during all those years (in the case of the three children who remained with the mother, they did not do so until they were released), remaining in conditions of deprivation and suffering verbal and physical abuse. It was not until Elisabeth’s eldest daughter and her father, Kerstin, became seriously ill that she was taken to hospital. That moment that would eventually bring the case to light and release the woman and children, twenty-four years after Elisabeth was locked up.

The Motivations of Josef Fritzl

The statements of the Amstetten monster and the psychologists who attended the case indicate that the subject’s main motivations for committing this act are based on the desire for power. Elisabeth was the most rebellious of his children, which made him choose her as an object of desire.

The subject used sexual violence as an element to dominate the young woman and have her subdued . In addition, the use of psychological and physical abuse on her and on her children and of coercion to force her to do his will, as well as the situation of dependency to which he subjected her (it was he who provided them with food and on some occasions threatened his daughter to stop doing so) reflect this interest in achieving the submission of the woman. Another aspect that shows that one of the main motivations of the subject was power is found in the declarations of the individual himself, who mentions that he wanted to have children with Elisabeth as a mechanism to dominate her and make her less attractive to other men.

Josef Fritzl links his actions, which he does not regret, to the experience of an abusive relationship on the part of his mother, who abused him physically and mentally, and to the time in which he was born (corresponding to World War II and Nazism). According to the experts who analysed him, this could have caused a hatred towards his mother’s figure that would end up leading to a will of domination towards women and a remarkable lack of empathy.

During the twenty-four years that she lived locked up in the basement, the repeated rapes to which her father subjected her resulted in Elisabeth giving birth to a total of seven children during her captivity.

Three of them remained all their lives with their mother in the basement, having no contact with the outside world beyond what their mother and grandfather explained to them about it. One of them, Michael, died three days after his birth without receiving medical assistance (which is why Josef Fritzl’s charges include murder). His body was cremated in the boiler by the Amstetten monster. The other three were brought to the surface, where they would be legally adopted by Elisabeth’s parents.

The reason why some were taken outside and others were not, according to Fritzl himself, that those who lived on the surface were the ones who cried the most and were the least adapted to life in the basement.

It may be strange that the adoption of the children did not arouse the suspicion of neighbours and relatives, and even of Elisabeth’s own mother. However, the monster of Amstetten had prepared the situation in such a way that when the children appeared , they arrived at her home with a letter pretending that they were children that Elisabeth had had from sporadic relationships and that she could not take care of.

The role of Fritzl’s wife

Rosemarie, Elisabeth’s mother and then Josef Fritzl’s wife, was for a time investigated by the police on the possibility that she was in collusion with her husband and knew about her daughter’s situation. However, she was apparently unaware of where her son was and what had happened to her.

When he locked up his daughter, Josef Fritzl had forced Elisabeth to write a letter stating that she was leaving home of her own free will and that she was safe. He also stressed that she should not be sought. As for her grandchildren, they had come to the home as children that Elisabeth could not support and whom she asked to raise.

Since the disclosure of the case, Rosemarie has never communicated with her husband nor visited him in prison , being currently divorced from him. Today she makes regular visits to her daughter and grandchildren.

The characteristics of the case could make us think that we are dealing with behaviours related to some kind of mental disorder . It is necessary to take into account that sometimes certain crimes can be carried out in states of altered consciousness in which the subject is not aware of his acts due to some disease, such as schizophrenia. This would require psychiatric internment, but depending on the situation it could be non-criminal.

In order to determine the state and mental faculties of the subject, Fritzl was subjected to several sessions with a psychiatrist. The result of this examination reflects that the monster of Amstetten does not suffer from any type of mental pathology that clouds his capacity for judgment, being totally imputable and aware of his acts and their implications.

But in spite of this, he was observed to lack empathy and emotional bonding, as well as sadistic sexual tendencies. All this, together with the set of acts and statements made by the individual himself (he himself declared that he was born to rape), suggests the existence of a psychopathy or sociopathy.

The case of the Amstetten monster was taken throughout March 2009. During the trial, Josef Fritzl was accused of kidnapping, rape, incest and slavery, as well as murder in connection with the death of one of his sons with Elisabeth, Michael.

Initially the defendant would reject the last two charges, but he would end up acknowledging them.

The final verdict of the jury was guilty on all counts , sentencing the subject to life imprisonment in a psychiatric facility.

The systematic imprisonment and rape of his daughter for twenty-four years was not the only crime committed by Josef Fritzl. The so-called Amstetten monster had been accused and even imprisoned on rape charges in the 1960s and during his youth.

In addition, also kept her own mother locked up during her last years of life , making her a prisoner and even walled up the windows so that she would never see the sunlight again.

Josef Fritzl is currently serving a sentence in a prison in Stein, apparently beginning to show cognitive impairment that suggests the onset of dementia.

As for Elisabeth and her children, over the years they have been developing positively . Although they are still undergoing psychiatric treatment, little by little the children of the woman (aged between 24 and 10) are adapting to their new life and fortunately without much interference from the media.

In Elisabeth’s case, her recovery is such that visits to the psychiatrist have been spaced out, and she may apparently be beginning to bond emotionally with one of her bodyguards.