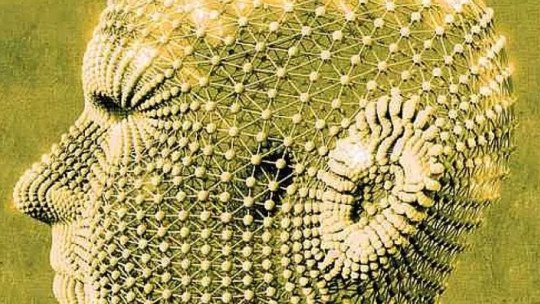 Behaviorism is one of the main theoretical currents that have explored and tried to give an explanation to human behavior. From a perspective that seeks to work only from contrastable and objective empirical data, this approach was at the time a great revolution and has been a remarkable step forward in developing new perspectives and improving existing ones.

However, despite the fact that it has diverse and very useful applications, behavioural practices and techniques have traditionally been carried out in non-natural contexts, located in a controlled environment where multiple other facets that may affect are not taken into account.

Furthermore, the subject is usually considered to be a merely reactive entity, which receives the properties of the stimuli and reacts accordingly, producing a learning process . It is not usually taken into account that the subject presents characteristics that influence behaviour, the traits and skills being rather the result of learning. Various neo-conduct authors have varied this approach, taking into account the subject’s own capacities and the inheritance of behavioural patterns and partially innate abilities.

Timberlake’s perspective on biological behaviorism proposes that learning is a biologically based phenomenon that occurs from innate behavioral patterns and constitutional dispositions that are linked to the niche or environment in which the subject develops.

This is a version of behaviorism in which both functional and structural factors of behavior are combined. Natural selection has generated the evolution of perceptive dispositions , skills and behavioural patterns that allow conditioning to be generated and certain ways of understanding or acting to be learned with greater or lesser ease. In other words, Timberlake defends the existence of variables and brain structures that help to explain behavior.

The role of context

The niche or functional context is the place where the subject develops and which allows the organism to evolve. This niche has a structure and properties that allow, through learning, modifications to be generated in the elements already pre-existing in the subject.

Thus, the experience and activity of the individual generate a modification of the responses to the environment and a change in the preference and perception of the stimulation. In other words, we learn from experience to generate alterations in the organism. The characteristics of the stimulus will be perceived differently as the subject acts.

In this aspect, biological behaviorism is new, since it assumes that the behavior is not generated by the stimuli themselves but only causes a change in already existing conditions. It is the subject who, in an active way, generates structural changes that allow him/her to react to reality in certain ways, but it is taken into account that there are elements in which are relevant to the environment and learning.

Timberlake’s biological behaviorism proposes the existence of behavioral systems , groups of independent functional patterns organized hierarchically and that describe the organization of the basic functions for the survival of the individual even before learning, which will vary such structuring.

This system is configured by various behavioral subsystems, which specify a part of the function that makes explicit in a general way the type of action to be carried out.

These subsystems are in turn configured by the ways or means in which each action is performed or reality is perceived as part of the different behavioral subsystems. From these modes modules or categories are derived that group together various actions . And in each module there are specific responses that can be provoked by environmental stimulation.

Despite the fact that William D. Timberlake’s biological behaviorism is based on an ecological conception that takes into account the existence of internal aspects that allow directing learning , the truth is that Timberlake defends that learning continues to be an effect of behavior itself. And it is that the different systems need learning at a behavioural level to be able to develop and modify effectively

Each organism comes with a set or set of skills that allow it to learn certain behaviors in the face of certain stimuli. For example, if we had no perception of pain we would not take our hand off the fire. But having such a perception of pain will not keep us from approaching the fire either. We will not learn to do so if we do not realize through experience or learning the set of associations between stimulus and response.

Biological behaviorism is a subtype of behaviorism that departs from B. F. Skinner’s radical behaviorism and studies behavior through operant conditioning, but takes into account the existence of an exploratory contact of the elements of a system before the association begins to be made. In order for the subject of study to be able to carry out real conditioning, it is necessary to tune in to the environment and the subject in such a way that what can be learned is adjusted to the possibilities of the subject and that the subject can learn.