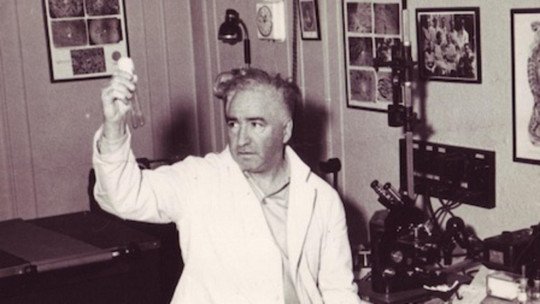 Body psychotherapy is a type of psychological intervention that emerged in the second half of the 20th century and claimed the importance of physical functioning in the emergence of neurosis and other disorders, as well as in overall well-being.

In this article we will describe what this therapy consists of and what aspects unite and separate three of the main theorists of body psychotherapy : Wilhelm Reich, Alexander Lowen and Eugene Gendlin.

What is body psychotherapy?

The term “body psychotherapy” is used to refer to a set of body-centred interventions . This type of treatment became popular in the 1960s and 1970s; it would later come to be considered alternative and disrespectful methods, although interest in body therapy has grown again in the new century.

Unlike behaviorism, psychoanalysis and humanism, which dominated the field of psychotherapy at the time, body therapies do not focus on observable behavior or mental content, but on sensations experienced at the physical level . The organism itself is understood as the central aspect of human identity.

Within this framework, physical and psychological disorders, particularly neuroses, are considered to be the result of the accumulation of tension in different areas of the body, as well as the disconnection between mental life and organismic experience. However, the concrete hypotheses vary according to the school to which we refer.

There are various branches in body psychotherapy; most of them are theoretical models and methods developed by concrete authors, some of which were highly charismatic and exerted an almost messianic influence on their followers. Three of the most influential therapists in body therapy were Reich, Lowen and Gendlin.

Wilhelm Reich (1897-1957) was trained as a psychoanalyst, although he was eventually expelled from this movement. He was a peculiar figure who attributed neurosis to sexual repression and socio-economic inequalities, and a fervent advocate of the integration of Freudism and Marxism and of sexual revolution. Many believed that he was mentally unstable.

Reich defended the existence of a “muscular memory” consisting of the physical recording of childhood conflicts and traumas; these situations would generate defenses organized in seven rings of body tension , associated with the chakras. He called the configuration of these defences “characteriological structure”, and his study “characteroanalytic vegetotherapy”.

The accumulation of tension is due, according to this author, to the repression of emotions in difficult situations in order to avoid the anxiety associated with their free expression. Reich’s psychotherapy focused on the analysis of the interaction between muscle tension, body sensations, psychic trauma and character.

Reich postulated the existence of a biological-sexual energy called orgone to which he attributed physical and mental life, as well as atmospheric phenomena; in fact, this energy was due to the light radiated by the sun. The word “orgon” is derived from “organism” and “orgasm”.

Since Reich linked neurosis with sexual dissatisfaction, he also developed orgasm therapy. By means of this intervention he intended to help the patient to release accumulated sexual energy , which would decrease the accumulation of tension and allow the free circulation of orgone through the body.

The bioenergetic analysis of Alexander Lowen (1910-2008) was largely influenced by the work of Reich . Both authors shared hypotheses about the sexual origin of neurosis and about the bodily experience as the nucleus of human experience, although Lowen departed from his teacher’s postulates when he began to focus on the orgone.

For Lowen, the human organism constitutes an open system of energy organized according to two poles: the head and the genitals . Under normal conditions energy flows freely and in balance from one pole to the other, but the accumulation of tension in different parts of the body can hinder this flow, generating characteristic alterations.

This author described five pathological personality types according to the main stress and blocking points, as well as physical and psychological characteristics. His bioenergetic therapy, consisting of specific exercises for each character disorder, was aimed at restoring the balance between body and mind by releasing energy.

The five bioenergetic characters that Lowen described are the following:

In addition to training as a psychotherapist under Carl Rogers, Eugene T. Gendlin (1926-2017) was a philosopher influenced by existentialism and phenomenology. Gendlin’s focus was on the creation of meaning and symbols from bodily experience .

Gendlin called “experiencing” people’s ability to experience physical sensations. Through “experiencing” we can anchor ourselves to our body, while the symbolization of the experience allows us to express it in a healthy way on an emotional level.

He developed his main therapeutic tool, Focusing , with the aim of helping his patients to connect with their physical sensations and life experiences. After processing them properly, the person would also be able to symbolize them correctly and attribute meaning to them.

According to Gendlin, Focusing, or “internal crucial act,” consists of the following six steps: