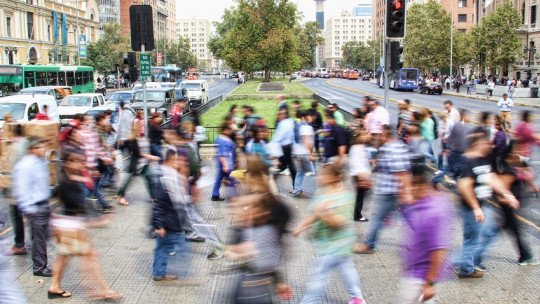 Agoraphobia is the fear of situations from which it seems difficult to escape or in which it might be difficult to get help if anxiety symptoms develop.

As a consequence of this anxiety disorder the person avoids the feared situations, endures them with great anxiety or needs to be accompanied when facing them.

In this article we will analyze the symptoms and causes of this “fear of fear” .

How does agoraphobia manifest itself?

Agoraphobia is more common in women and its prevalence has increased in recent years. As for the age of onset, it usually occurs in adolescence, although we can find cases that start at any age.

We can talk about different degrees of agoraphobia: there are people who do not leave the house and therefore totally avoid the feared situations, others who endure the situations with great anxiety but face them on their own, and others who only leave the house if accompanied.

While the fears of each person with agoraphobia may be very different from those of others, below we describe the situations that are most often feared or avoided by those with this disorder.

Fear or anxiety is not only caused by the feared situations but also by their these situations. This fear has to do with the impossibility of escaping (either by physical restrictions or by social convention) and with being alone.

Among others, this category would include supermarkets and department stores, cinemas and theaters, classrooms, restaurants, parking lots, tunnels, elevators…

They can be indoor, such as stadiums, large rooms and halls, or outdoor, such as courtyards, wide streets or the countryside.

3. Travelling by means of transport

Parties, meetings, discos, shopping centres, crossing bridges or queuing are some of the situations and places that people with agoraphobia tend to avoid. In these cases the anxiety is largely caused by the fear of being judged by other people .

In cases of agoraphobia, it is common to fear not having people you trust close by or being in a place that provides security , such as one’s own home; this is why being far from home is a fairly common agoraphobic fear. However, staying home alone is another commonly feared situation.

In general, most people with agoraphobia have or have had spontaneous panic attacks, that is, they have occurred without apparent cause.

People with agoraphobia are afraid of situations in which they believe they may suffer symptoms of anxiety (panic attacks) as well as its possible catastrophic consequences.However, the fear of the consequences of anxiety is irrational since panic attacks are not dangerous for the person who suffers them.

Among the catastrophic consequences of symptoms that agoraphobes mistakenly anticipate are: fainting, having a heart attack, dying, screaming, losing control, going crazy, vomiting, drowning, being trapped or helpless and unable to reach safety, not receiving help if experiencing symptoms of anxiety…

When talking about the causes of agoraphobia it is important to take into account that certain personal characteristics may predispose to this disorder or be a consequence of it: dependence, low assertiveness, low self-confidence , social withdrawal, high anxiety, fear of negative evaluation, high search for approval, ineffective strategies to cope with stress, tendency to avoid problems instead of facing them…

Childhood experiences such as overprotection or lack of affection may also be involved. Likewise, many people with agoraphobia state that they were going through a stressful time at the beginning of it.

This stress can be related to work, divorce, death of a loved one, relationship or family conflict, illness or surgery, moving, birth or abortion, among others.

The origin of “fear of fear”

Regarding the causes of fear, sometimes you have traumatic experiences outside your home (such as an accident, a robbery or a blackout), you see others suffering trauma or showing fear in a certain situation or you are given threatening information.

Anticipating symptoms of anxiety or catastrophic consequences of these causes the person to avoid what he or she fears and, in turn, these avoidance behaviours maintain expectations of anxiety and danger since the extent to which the expectations of threat are realistic or not is not checked.

In the long term, avoiding feared situations in the long term can cause depression, low self-esteem, increased dependence on others, reduced social contact, the appearance of work and family problems, etc.