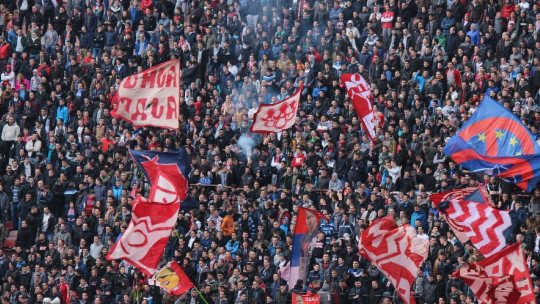 Managing a group is always a complicated task, but the difficulty increases as the age of the group in question decreases. In football or sport in general, we see every weekend that a recurrent resource of the coaches towards this end is usually the scream; not only to transmit instructions, but also to correct, motivate… Now, shouting at teams of football players in training , is it motivating? Is it ethical? Is it effective?

The culture of shouting in football

It is true that, in football, there is a certain “culture of shouting”, that is to say, that the players themselves often claim that character from the coach in order to be concentrated or motivated. However, shouting, by itself, does not have to have any effect on anyone’s motivation from a biological point of view, but, in any case, quite the opposite (nobody likes to be shouted at). Therefore, the relationship between motivation (or intensity, or concentration) and screaming would be learned.

Be that as it may, that culture of shouting does not seem to be accessible to any player . There are individual differences between all people, and also between children. Thus, we can find introverted children and extraverted children. The main difference between the two is the basic physiological activation.

Therefore, extraverts with a low physiological activity base usually look for situations that imply a high sensory stimulation , that provide them with that amount of activation that their organism lacks. Thus, they tend to have a higher tendency to risk, a greater tendency to seek new sensations (travelling, trying new restaurants, meeting new people), a preference for loud music, a tolerance for disorder, conflict…

However, introverted people are at the opposite pole, with a high base activation and, therefore, an external stimulation can collapse them, so they usually prefer controlled, predictable environments and usually avoid potentially stressful situations.

The differences between introversion and extraversion

It should be clarified that the examples given here to define both behavioral tendencies are simplifications aimed at facilitating the understanding of the concepts, but that personality is composed of many more factors that all interact with each other.

In any case, given this individual differentiation between people, we can infer that the same will occur between athletes, and in young athletes. Football, as the team sport that it is , should attract the attention of the extraverted, and this is how we usually find it. However, if we analyse the different categories of grassroots football (from lollipop to youth) we can see how we can find greater heterogeneity among the youngest, and a high tendency towards extraversion among the older ones.

We could argue that this is because, when boys and girls reach a certain age, they begin to choose their preferred extracurricular activities for themselves, thus manifesting their introverted “phenotype”… but there could be more.

If we look at the generality, normally only a minority of introverted players who arrive at a youth team usually have a remarkable performance within their own team. In the elite, we find Zidane, Messi, Iniesta… exceptional players, with this introversion profile.

Do not hinder talent

We might think that, in their training process, these players already stood out at an early age, performing at high levels for their age and making fewer mistakes. Therefore, it is possible that these introverted players received less shouting and, therefore, their physiological activation was not exceeded, and did not generate rejection or discomfort to go to training.

If this were the case, we could be looking at a natural selection of extroverts in football and grassroots sport, who would not mind a bit of stimulation in the form of shouting, running up against the hackneyed argument of “if you can’t stand being shouted at, it’s not good for football”, but what about the introverts who get left behind? Could it be that we are classifying the potential talent of great sportsmen before time? Do they deserve to lose the many benefits that sport brings for their physical, mental and social growth?

We would still have to investigate the scientific literature to debate whether shouting has a motivating effect on the players, but what we do know today is that there are alternative motivating and communicative techniques that, perhaps, allow us to adapt better to the individual differences of our players, and that, in short, is the management of groups.