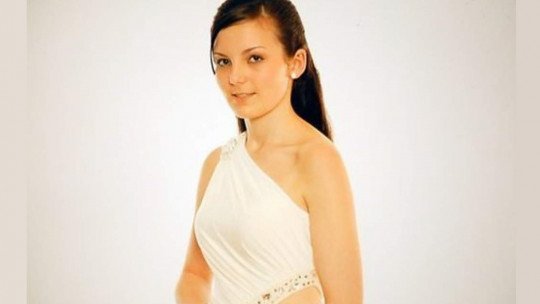 The young woman Sara Green , aged 17, had a long history of self-harm and psychological problems that required attention from mental health professionals, which led to her admission and placement in the Orchand Unit of the Cheadle Royal Hospital in Stockport (United Kingdom). A specialized unit for adolescents with mental disorders.

Sara was a victim of bullying during her adolescence and suffered psychological problems that led her to continually injure herself. Although Sara was getting excellent grades in her GCSE subjects and aspiring to go to university, she was no stranger to the bullying she had experienced and was suffering internally.

A history of suicide attempts and self-harm

Sara developed Obsessive Compulsive Disorder (OCD) and began attending therapy with the psychiatrist Grimsby Child of the UK’s Adolescent Mental Health Service . In February 2011 she tried to end her life after an overdose and was voluntarily admitted to Ash Villa , a therapeutic unit located in Sleaford and specialized in the treatment of minors. She was soon discharged and returned home.

But her suicide attempts didn’t stop, and on July 12, 2013 Sara overdosed again. This time, however, she was taken to an adult psychiatric facility in Doncaster, where she tried to hang herself with a sheet. She was then taken to the adult centre in Scunthorpe, and was subsequently admitted to the Orchand Unit of Cheadle Royal Hospital in Stockport on July 17, 2013.

There were several cases of attempted suicide and self-harm by Sara before she was admitted to the latter facility. In March 2014 Sara was found on the floor of her room. She was unconscious.

The medical staff who entered the room observed that I knew I had injured myself with a bookbinding wire. Despite attempts to save his life, the medical staff confirmed his death on 18 March 2014 .

Sara’s parents do not understand why she was allowed to go home when she was clearly not fully recovered, and raise the question of whether there really was negligence in how their daughter’s treatment was carried out. Her parents cannot understand why certain medical behaviours were not notified to the family in due time.

Jane Evans , Sara Green’s mother said: &amp;quot;I hope that the investigation will address my concerns about the way Sara was treated by Orchard’s Unit. In particular, if the staff did not take adequate measures to protect my daughter from the risk she posed, and if she was properly cared for, I hope the investigation will address my concerns about how Sara was treated by the Orchard Unit.

On the other hand, Deborah Coles , co-director of Inquest says: &amp;quot;The death of a girl in a private institution, who was interned there because of her vulnerability to suicide, should be the object of the most rigorous investigation&amp;quot;. Inquest has been working with Sara Green’s family since her death in 2014. The family is represented by the members of Inquest Abogados Group, who are in charge of bringing to light what really happened to young Sara. Criticisms of how the treatment was carried out

Some experts say that the distance from the center to her home could be one of the causes, but it was not possible to place her closer to home. Mental health services, not just in Britain, seem to have some difficulty in doing their job successfully.

Inquest states that, since 2010, only in the United Kingdom nine young people have died while in psychiatric detention centres . The case of Sara Green has raised the alarm about how these treatments should be carried out.

Sara Green’s case has made the news again as her personal diary has come to light. In it we can see the suffering of the young woman, who was admitted far from her own home .

Regarding the fact of suffering bullying at school, Sara herself wrote this in her diary: “I am not accepted at school. There is a limit to the number of insults a person can tolerate. They hate what I am, but I really hate myself. I don’t know why I’m so affected by what they do to me.

Young Sara even recounted her first suicide attempt, in which she gorged herself on drugs to die of an overdose : “I wish I could tell the truth about how things have gotten worse. I’m in a bad way. Inside; I’m devastated”

But of course, in those hard times, Sara was taken away from her family, and she confessed: “I want to go back home. I’m just waiting for the time when Mom and Stacey can visit me because not being able to see them has made me feel much worse.

Many wonder if stopping contact with their family was the right thing to do. In their opinion: “What has happened is that since I arrived here I have become worse and I think much more about suicide. The thoughts of suicide are becoming more and more frequent.

This case should make us think about the suffering of people with mental disorders. In Sara’s own words, what was happening to her was hurting her very much on the inside. “I want to be someone else, I want freedom. I need something to get me out of this great pain. I haven’t been happy for a long time.