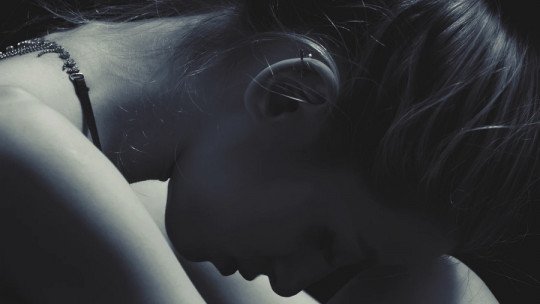 Each of us is unique and unrepeatable. Each of us has our own way of seeing the world, of thinking, of relating to others, of living, of acting. Each of us has our own personality, acquired throughout life through accumulated learning from our experiences (although there is a certain genetic component that predisposes us to be in a certain way). None of them is better or worse than the others.

However, sometimes the personality develops in such a way that it generates characteristics that cause us to experience deep suffering in our relationship with ourselves or with the world, or to provoke it in others, or that we cannot adapt to the environment and relate efficiently.

We are talking about personality disorders, of which one of the most severe and painful is borderline personality disorder or BPD. Although it tends to be more often confused with bipolar disorder, the fact is that some aspects of its symptomatology often resemble those of major depression and it is not uncommon for them to appear in a comorbid way.

This sometimes causes depression and TLP to be confused or not separated correctly, even though they are different problems. In order to help distinguish them, throughout this article we will highlight some of the main differences between major depression and borderline personality disorder , explained in a way that is easy to understand.

We understand borderline personality disorder (BPD) to be that type of personality which is characterized by the existence of a very high level of instability at an affective level , with an extreme experience and great difficulty in the recognition and management of emotions, and which tends to be accompanied by the existence of deep feelings of emptiness and a high level of impulsivity.

In general there is a very low level of self-esteem , with a marked perception of uselessness and lack of value as well as a perception of the other that can oscillate between veneration and contempt. It is common to have a great fear of abandonment and desperate behaviour to avoid it, as well as frequent conflicts and fights in their social relationships. There are difficulties especially in anger management, and it is not uncommon for there to be dissociative and identity integration symptoms.

Self-injurious behavior, as well as recurring thoughts of death and even suicide attempts, are also common. We are talking about a personality disorder , given that despite the fact that this pattern of behaviour, perception and thought has been established throughout life, it is profoundly unadaptive for those who suffer it by limiting the functioning of the subject, or it generates a high level of psychological discomfort and suffering.

As far as major depression is concerned, is one of the most frequent psychological disorders or alterations worldwide . The presence of a depression implies the appearance, during almost the whole day almost every day for at least two weeks, of a sad mood and severe difficulties in perceiving pleasure or satisfaction in the performance of activities that are generally appetizing for the person.

It is also common to have great passivity, clinophilia or a tendency to lie in bed, a great sense of guilt, sleep and appetite problems and even thoughts of death and suicide.

Usually those suffering from depression come to have a learned perception of helplessness, in which there is despair as to whether their situation can improve. Cognitive biases appear in the relationship with oneself, with the environment and with the future. Likewise, problems with attention, a tendency to become absorbed and ruminate, and progressive isolation and reclusion tend to appear . Depression entails a deep suffering for those who suffer it, in addition to involving a great alteration and limitation of the functionality in daily life.

Major depression and borderline personality have much in common: in both cases there are feelings of sadness and hopelessness, emotional instability, a tendency to cry and a tendency to have aversive cognitive biases.

Also are disorders in which self-destructive thoughts and behaviours may appear , and in which there is usually a certain feeling of emptiness to a greater or lesser extent. In fact, it is very common for people with borderline personality disorder to develop depressions, being one of the disorders with which they have the greatest comorbidity.

However, these are different constructs, which have distinctive characteristics that allow us to separate the two concepts. Some of the most marked differences are the following.

1. Relationship with the subject’s psychic structure

One of the main differences between depression and borderline personality disorder has to do with the level of attachment that the disorder has to the subject’s habitual way of functioning. A depression can be more or less long and affect more or less the way of being of the one who suffers it while it lasts, but generally it implies the existence of a difference with respect to the habitual way of functioning, thinking or feeling of the subject.

In the case of borderline personality disorder, we are dealing with an alteration of the personality, i.e. the pattern of thinking, perceiving and acting of the person that has been acquired throughout life. Thus, the characteristics of a person with this disorder are much more integrated into his habitual way of doing things , as it is in fact part of his personality.

This does not mean that it cannot be changed (after all, the personality can change), but it implies a therapeutic process that is usually more complex and requires an effort to change on the part of the subject, gradually restructuring his or her way of being and seeing the world.

In both depression and borderline personality disorder, feelings of sadness, distress and suffering are common. However, whereas in depression, suffering and sadness are usually derived from thoughts of loss and feelings of guilt , in borderline personality it is more often related to conflicts about one’s identity or the presence of dependency/independence on others.

3. Perception of one’s own identity

Linked to the previous one, another difference between both alterations is related to the existence of alterations in the perception and assumption of one’s identity. Although in a depression the person may come to doubt or criticize his vital position and who he is, generally he maintains an undervalued idea of himself but coherent with his identity.

In the case of borderline disorder it is more frequent that the person himself has severe difficulties in accepting himself and a great part of his discomfort stems from identity problems, in which great inconsistencies are observed and which usually includes the feeling of being empty and/or being nobody.

Interpersonal relationships are also a differential aspect between both entities. It is possible that in a depression a certain dependency on another person appears or that the cessation of a relationship in a dependent person can cause a depression, but nevertheless the type of social relationships that are established are not a fundamental element of the disorder.

However, in the case of borderline disorder, the search for and maintenance of relationships and the fear or panic of being abandoned prevails to a great extent , so that the generalised tendency is to maintain relationships of dependence towards loved ones.

It is common that both in the case of depression and borderline personality there are negative cognitive biases, putting more focus on aversive information and there are usually negative beliefs about oneself, the world around them and the future.

However, it has been observed that in the case of persons with borderline personality there is not only a prioritisation of negative information but also the aversive interpretation of most ambiguous or neutral information .

Another noticeable difference between borderline disorder and major depression is that, as a rule, people with borderline personalities tend to have great difficulty managing anger, with strong and even explosive reactions to frustration and anger. Although in some cases in depression there are also reactions of hostility and anger, it is usually more of a one-off discharge than a general difficulty in managing it.