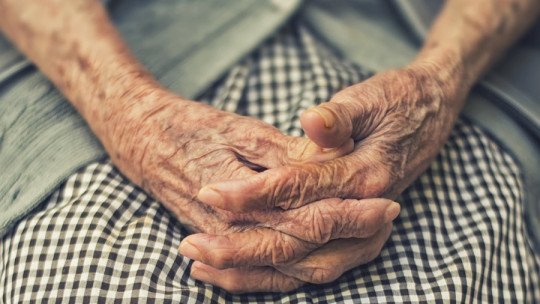 Parkinson’s disease and Alzheimer’s disease, respectively, are the causes of two common types of neurological disorders related to dementias.

However, there are many aspects that allow us to distinguish between the two diseases; in this article we will know the most important differences between Parkinson’s disease and Alzheimer’s .

Differences between disease and dementia

We must be aware of the differences between disease and dementia, as the disease does not always lead to dementia (cognitive impairment), although it usually does.

Thus, the term dementia refers to a set of symptoms that appear as a consequence of neurological damage or disease.

Differences between Parkinson’s and Alzheimer’s disease

As for the differential diagnosis between Parkinson’s and Alzheimer’s diseases, we found several differences in their presentation. We will see them in different blocks:

In Alzheimer’s disease delirium appears occasionally, and in Parkinson’s this occurs less often.

Parkinsonism (a clinical syndrome characterized by tremor, bradykinesia, rigidity, and postural instability) is the first manifestation of Parkinson’s; in contrast, this symptom is rare in Alzheimer’s.

Similarly, rigidity and bradykinesia typically appear in Parkinson’s , and occasionally in Alzheimer’s.

Tremor is typical in Parkinson’s and rare in Alzheimer’s.

On the other hand, the deficit in acetylcholine is typical in Alzheimer’s and occasional in Parkinson’s. Finally, the reduction in dopamine appears only in Parkinson’s.

6. Age of onset and prevalence

On the other hand, in terms of dementias, the prevalence of Alzheimer’s dementia is higher (it is the first cause of dementia), and this is 5.5% in Spain and 6.4% in Europe.

Symptoms in Alzheimer’s and Parkinson’s

Now that we have seen the differences between Parkinson’s and Alzheimer’s disease, let’s learn more about the symptoms of each of these diseases:

The first deterioration appears and lasts between 2 and 4 years. Antegrade amnesia (inability to create new memories), changes in mood and personality, as well as impoverished language (anomie, circumlocution and parafasia) appear.

In this phase the deterioration continues (it lasts between 3 and 5 years). The aphaso-apraxo-agnostic syndrome appears, as well as retrograde amnesia and a deterioration in the capacity for judgment, and alterations in abstract thinking. Instrumental activities of daily living (IADL), such as shopping or calling the plumber, are already affected.

The patient is already incapable of living without supervision, and presents a spatial-temporal disorientation .

In this last phase the deterioration is already very intense, and the duration is variable. This is the advanced phase of the disease. Here appears an autopsy and other people’s disorientation, as well as mutism and the impossibility to perform basic activities of daily living (ABVD) such as eating or grooming.

There is also a change of pace (the “small steps”). On the other hand, the Kluver Bucy Syndrome can be manifested; it is a syndrome in which a lack of fear appears before stimuli that should generate it, absence of risk assessment, meekness and obedience together with indiscriminate hypersexuality and hyperphagia, among others.

Finally, in this phase the patient ends up in bed, characteristically with the adoption of a fetal posture.

Parkinson’s is a chronic neurodegenerative disease, characterized by different motor disorders such as bradykinesia, rigidity, tremor and loss of postural control .

Once dementia appears, the symptoms consist of: failures in memory recovery processes, decreased motivation (apathy, asthenia and abulia), bradypsychia (slowing down of the thinking process) and impoverishment of language. Bradykinesia (slowness of movement) also appears, although the aphaso-apraxo-agnostic syndrome does not appear as in Alzheimer’s dementia.

On the other hand, it is common in Parkinson’s dementia the presence of the dysexecutive syndrome (alteration of the prefrontal lobe).

As we have seen, the differences between Parkinson’s disease and Alzheimer’s are remarkable, although they share many other characteristics. For this reason it is important to make a good differential diagnosis , in order to be able to carry out an adequate treatment for each case and patient.