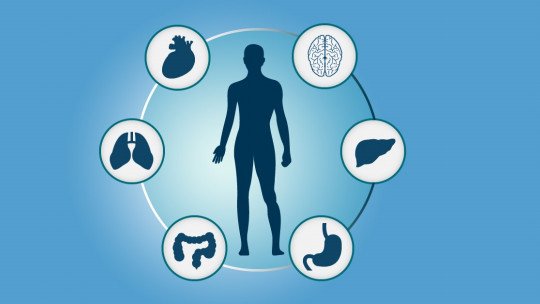 In the field of health and psychology, three key concepts are very often used: the syndrome, the disorder and the disease .

These words are very strong, because at a popular level they are usually associated with poor health and problems in the body, some of which may be chronic and therefore incurable. However, that does not mean that in scientific, academic and health environments they are used as synonyms . In fact, they are not.

We will now examine the differences between the disease, syndrome and disorder, but first we must clarify the meaning of the word “symptom” in order to understand all the rest.

What is a symptom?

In the field of health, a symptom is the expression of an abnormal state , that is, the consequence of a phenomenon that is manifesting itself in a body. Thus, a symptom could be a warning sign that a patient’s health may be compromised in some way, or it could be a “false alarm”.

That is, a symptom can be many things, and the fact that they are present does not serve as definitive confirmation that someone’s health is compromised: for example, a patient may say that he has a headache (symptom) without this being a sign that he has a disease .

What is the difference between a syndrome and a disease? Now we will see. The concept of disease, like that of syndrome, is a clinical entity, and therefore has to do with health problems. However, if a syndrome is nothing more than a set of symptoms already studied and identified as having its own entity by having a typical way of manifesting itself, a disease must present, in addition to one or more symptoms, or recognizable changes in the body or a known biological cause (or both).

In other words, a syndrome, being essentially a set of symptoms, does not necessarily have to have a known cause or develop at the same time as anatomical alterations.

Thus, some syndromes may be the manifestation of a disease, but others may not, since their causes may be as biological as, for example, social.

What is a disorder?

In generic terms, by disorder can be understood simply as an alteration of the normal state of health due or not to a disease. The field in which disorders are most often discussed is that of mental health. A mental disorder is usually understood as a maladaptive (and therefore problematic) change that affects mental processes.

Often the term disorder is used as a more loose way of referring to the disease in those cases where the causes are not very clear and the possible anatomical alterations with which it is associated may be both a cause and a consequence of it. In the case of mental disorders this is done a lot, since it is often not very clear whether the biochemical imbalances associated with some disorders are what produce the symptoms or are a product of a dynamic interaction between the person and his environment.

Thus, the concept of disorder serves simply to describe the signs of the state of abnormality and alteration of health in which a person is, while that of illness indicates a relationship of causality, because it includes the concrete causes (etiology) of the lack of health.

The disorder as a result of a dynamic of interaction

And what is the other way to understand the meaning of the term disorder when talking about mental disorders? Well, it is precisely the one that has to do with emphasizing the way in which the individual has related and continues to relate to the environment, instead of understanding by disorder something static, related to genetics, disease and injury. A disorder may actually be the consequence of having been involved in a set of situations linked to the context in which we live and which cause us to enter into a dynamic of behaviours that harm our health.

So, the framework that helps us to know what we mean when we talk about what is a disorder is the following: are disorders discovered by humans, or are they constructed by humans? Answering this question is not simple, and the nature of this debate has to do with both science and philosophy.