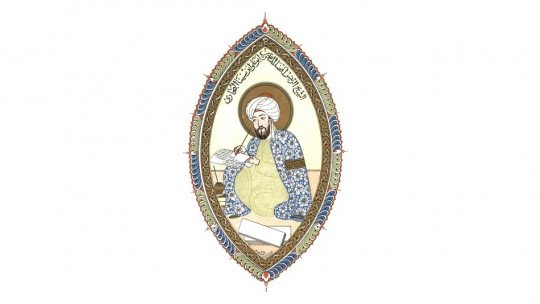 Practically from the beginning of philosophy, dualism, the idea that body and soul are two radically different elements has permeated the way of thinking of many people. It is a belief that fits very easily with our experience, since one thing is our consciousness, linked to that which we experience subjectively, and another thing is what we intuit is beyond it, whether we are aware of it or not: the environment around us, other people, and even our own body, bones and flesh.

But this idea that body and soul are different, which can be reformulated by thinking that there is a separation between the organism and the mental life of that organism, is not a truth that is self-evident. It exists because behind it there has been a philosophical tradition that began many centuries ago and has been passed down through the generations. Below we will see one of the first links in this chain: the dualistic theory of Avicenna .

Ibn Sina, also known as Avicenna (the latter name is the Latinized version) was a philosopher, physician and scientist born in 980 in Bukhara , at that time part of Persia. Already in his early years he proved to be a child prodigy, and in his adolescence he became famous for his skills as a doctor. His fame made it possible for him to work as a doctor and advisor to several princes.

At the age of 21, he began to write a wide variety of texts and books, which numbered almost three hundred. They dealt with subjects as different as medicine, metaphysics,

Although his mother tongue was Persian, his intellectual life was developed in Arabic , and in fact he was one of the main people responsible for passing on Aristotle’s ideas to literature in Arabic.

Finally, Avicenna died around 1037, possibly because she was poisoned by one of the medical preparations she used.

These are the foundations of Avicenna’s dualistic theory.

1. Truth can be accessed through reason

Avicenna believed that there are truths that one can access using reason. From this idea, she tried to start building a way of thinking based only on what has logical evidence, discarding from the start anything that does not stand up for itself, something that centuries later was also attempted by the famous French philosopher René Descartes.

Thus, Avicenna rejected all ideas that might be false and was left with only what he understood to be absolute truths.

2. The theoretical experiment of the floating man

Since Avicenna wanted to arrive at the truth through the use of logic, used a theoretical experiment to find out what the nature of human beings is, since its result should not depend on details linked to the context in which this exercise is carried out; if something is evident by itself, it does not need to be based on things that are happening materially.

So Avicenna imagined a situation where a person was just born and had no experience of the material but was able to reason. From the beginning, moreover, there is a curious situation: that person is kept floating in the air, with his legs and arms extended and all his senses annulled: he neither sees, nor hears, nor can he feel the touch of anything, etc.

3. The mind knows it exists

The fundamental difference between the mind and the body is that the former knows it exists, while the latter, whatever happens, cannot be attributed this capacity. The existence of the mental is evident by itself in the one who is aware of its existence. This makes the spiritual and the material radically different: bodies are not conscious of anything, but we are. Therefore, in what we call “I” there is a component that is not the body itself.

Although he was very much inspired by Aristotle’s thought (which even led him to deny some of the fundamentals of Islam), he differed from him in the idea that the material and the spiritual are two dimensions of the same thing. For Avicenna, in the human body the mind and the flesh are two substances that have a totally different nature.

Psychology and a good part of modern-day philosophy reject dualism, for many reasons. The first is that is based solely on speculation , situations that are neither real nor can be. If in order to demonstrate dualism we have to imagine experiences that are not real and cannot be real, then they do not tell us anything about what is real.

The second criticism is that many times the defense of dualism starts from mistakes in the use of language . To confuse “consciousness” with “mind” or “mental life”, for example, is to use simple categories to group very abstract ideas, which can lead to using each of these categories by changing their meaning from time to time without being aware of it.

Finally, the third major criticism is that to sustain its validity one must assume that there are many things that belong to a spiritual dimension that cannot be accessed, which means that there is no reason to believe in them. In this sense, dualism starts from a type of circular reasoning : to reach the conclusion that the spiritual (as something separate from the material) exists, one must assume that it exists.

Avicenna’s experiment, for example, presents us with a situation that cannot occur: someone who is not sensory stimulated from birth cannot become conscious of himself, and is likely to die very prematurely.