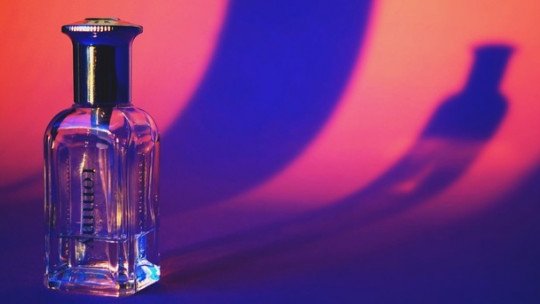 Advertising is a discipline that feeds on the knowledge of social psychology applied to marketing and tries to direct every purchase decision we make. Closely linked to the studies of influence and persuasion, it manages to modify our habits, becoming a phenomenon that transcends the mere act of buying and selling.

The language he uses and the reality he shows us seek to respond to the desires, needs and motivations of an audience, which is not usually recognized as such.

Guérin is forceful in stating that “the air we breathe is composed of oxygen, nitrogen and advertising”. Advertising is omnipresent .

It invades all spaces, settles in our homes, sneaks into our electronic devices, fills the social networks and mass media. It manages to conduct our conversations and our thoughts, we reproduce its slogans and hum its tunes. He is the protagonist of our outer reality and our inner world.

Advertising as a Social Modeling Agent

Sociology affirms that advertising is an agent of social modelling because, in addition to influencing purchasing habits, it accelerates the transmission of attitudes and values and can even transform them . It transmits a hegemonic discourse, it manufactures a certain reality for us, a perception that will end up shaping our symbolic thinking and also our desires (Romero, 2011).

In the game of seduction, the advertiser takes advantage . He knows the frustrations, prejudices and intimate desires of his target and turns them into the perfect packaging of a product that is supposed to solve any weakness of his client. In this way, advertising not only informs about the qualities that the product possesses, but also provides it with additional values that are not even part of it. It is a kind of illusionist art, capable of covering the product with a black light that hides or shows what the advertiser wants to show, not what really exists.

Advertising plays a substitution role when it exchanges symbol and product , making the consumer want the symbol more strongly than the very product he thinks he needs . It is a fetishistic behaviour associated with the need for distinction, status and recognition that all humans have. The cosmetics manufacturer, Charles Revlon, defined this substitution effect perfectly when he stated: “in our factory we make lipsticks, in our advertisements we sell hope” (Ibid.). Advertising appeals to class consciousness with its strategies. Each advertisement is aimed at a specific target group or sector of society . Each object is given a symbolic value that serves to create in the consumer an illusion of social advancement if he or she has it. At the same time, advertising tries to avoid in its stories scenes that show class division or social conflicts, while forcing a fictitious social equality by creating products for any purchasing power (Romero, 2011), categorizes types of consumers and satisfies them with products adapted to each target.

Advertising also has a problem-solving function, or “happy world” effect. It always tries to present a beautiful, playful and fascinating world, in which consumption is related to leisure, beauty and wellbeing, that is, it presents us with a “beautiful side of life” ignoring any other reality that is less appealing, de-dramatising our daily lives.

Knowing it to prevent its effects

Besides its economic value, we observe how advertising has a remarkable social value . It is positive to learn to recognize its various values in order to avoid possible harmful effects. For example, learning to detect when it may be being used as a means of ideological pressure, or to recognize its classist capacity when it categorizes us according to different types of consumption. Many researchers argue that advertising is alienating because it alienates us by creating new needs, or when it digests a certain worldview.

Advertising stereotypes and uniforms us by proposing models and fashions that we will follow en masse, matching our criteria , ideals and tastes. This is the depersonalizing effect of advertising, which homogenizes a society that pretends to be plural but, paradoxically, will take advantage of this unification to try, once again, to locate products that seek to provide distinction and uniqueness to the buyer, because we all like to be special (Carnegie, 1936). In this way, it makes us enter a spiral of depersonalization-distinction that is difficult to get out of in the consumer market we live in.

“To announce is to rummage through open wounds … You mention the defects and we act on each of them. We play with all the emotions and all the problems, from not being able to stay in the lead, to the desire to be one more in the crowd. Everyone has a special desire” (Della Femina, quoted in Pérez and San Martín, 1995).