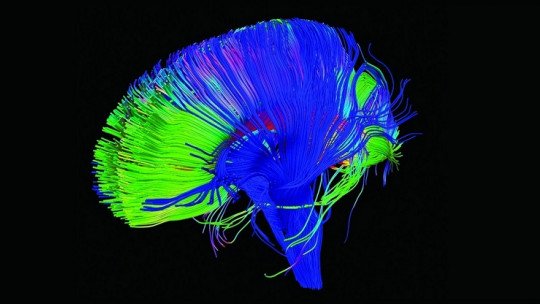 We often talk about the acts, the style of behavior, and the way people who might be described as psychopaths interact with people. However, there is one question that is even more disturbing than all of these issues: what are psychopaths like on the inside? What are the peculiarities of their own body that make them predisposed to psychopathy?

Attempting to answer these questions is, in essence, to address research on the biological basis of psychopathy .

Let us begin, then, by talking about what we know about their genetic characteristics.

The greatest evidence in favor of genetics often comes from twin studies and adoptions. According to these studies, heritability in children or adolescents with antisocial behaviour is estimated at 30-44% .

In adult criminal subjects, there is a 69% concordance for monozygotic twins (same egg, therefore almost identical genetic load) and 0.33% for dizygotic twins (two eggs), which gives conclusive evidence that there is a weight of genetics in criminal behaviour over the environment. Numerous studies support these results.

It has also been shown that the Y chromosome would be involved in aggression, thus being attributed to greater aggression in men than in women in general.

The MAO-A gene is to date, the only clear example of how a particular mutation

can alter behavior. This altered gene has been found in people with a psychopathic disorder and, in addition, in children who were abused as infants.

In other words, the alteration of this gene predisposes to violent behavior. In contrast, people who have high concentrations of this gene from birth are less likely to develop antisocial problems .

The interesting thing about this finding is that it may help explain why not all victims of abuse growing up do the same thing to other people, for example.

In the late 1990s, a study was conducted comparing the brain activity of 41 normal subjects and 41 killers. It was found that the criminals had less activity in the prefrontal region (the human region par excellence), which would translate into Numerous experiments have shown the crucial role of serotonin as a modulator of aggressive behaviour, the relationship being as follows: the less serotonin, the stronger the aggressive behaviour will be . Therefore, it would be easy to conclude that people suffering from this disorder may have altered serotonergic pathways.

Noradrenaline, dopamine, GABA and nitric oxide would also be involved in impulsive and violent behaviour, although with less relevance. 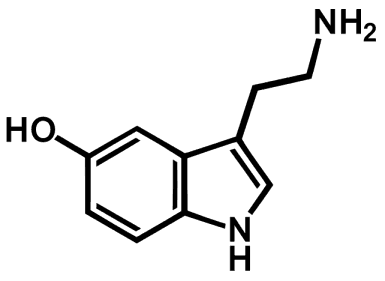 In the hormonal field, of which we have the most conclusive evidence is for insulin and testosterone. Some studies show that if we have a low level of glucose, and therefore insulin in the blood, we are more predisposed to violent and impulsive behaviour.

Cleckley (1976) proposed that psychopaths may have the ability to understand the literal (denotative) meaning of language, but not its emotional (connotative) meaning. They would therefore have an emotional deficit .

Psychopaths, moreover, would have their emotional reactivity altered since, compared to normal people, in situations that should feel anxiety and fear, they don’t.

They also have an absence of startle reaction to exposure to visually unpleasant content, and very high pitched and loud beeps.

Based on all these data, it was proposed that psychopaths have a weak brain inhibitory system , and a strong activation system. This would explain their impulsivity and their lack of ability to think about future consequences.

By way of conclusion…

Antisocial personality disorder is characterized by a lack of empathy and remorse for the violation of others’ rights and social norms, high impulsiveness and aggressiveness… They are subjects who will do whatever it takes, no matter what the consequences, to achieve their personal goals and benefits.

But is the psychopath made or born? The answer is… a combination of both options . A marginal environment, where the person is born unattended, with violence, mistreatment, abandonment… has a crucial influence. However, numerous studies have shown that there is more genetic weight.

Clear proof of this can be found in the question: Why do some people become abusers when they are abused, while others do not? This answer would be given by the amount of mao-A gene available to that person. It could also give an answer to many other situations in which there are people who succumb to the situation and commit violent acts, while others refuse to do so.

We conclude, then, a clear and evident biological brain role in antisocial personality disorder and a geneenvironment interaction (with more genetic relevance).