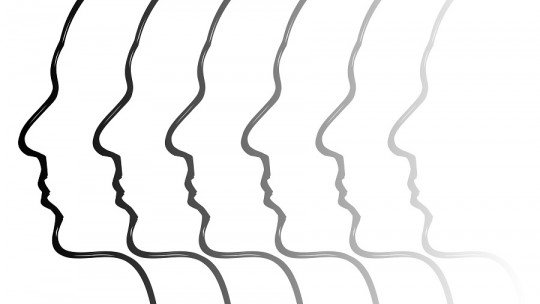 Understanding personality has been, and is, one of the elementary purposes of Psychology as a scientific discipline; since behind this phenomenon lies the key to discovering how human beings think, feel and behave in our natural environment.

That is why it has always been proposed as one of the basic substrates of behavior or emotion, and that for many years I have been postulating theoretical models of different origin and structure, through which to approach their study and analysis.

In this article we will deal with the most recent of these, more specifically the HEXACO personality model (Ashton and Lee, 2001). This is one of the proposals that has received the most scientific coverage in the last two decades, as it successfully integrates the roots that preceded it and provides substantial novelties with respect to these.

We will then take a brief look at the epistemological context from which the model emerged, its valuable proposals (both in form and content) and the areas in which it is currently being applied. This will also evoke the similarities and differences with respect to previous models.

The first thing that draws “attention” to the HEXACO personality model is that it has 6 basic factors, one for each letter of your name, which allude to the different traits or factors included in it. In this way, it proposes: honesty-humility (H), emotionality (E), extraversion (X), cordiality (A), scrupulosity (C) and openness to experience (O); forming the acronym by which it has become popular and tracing a series of dimensions in which any human being can be located. It is, therefore, about a spectrum of intensity in which the “normal” personality and the “pathological” one (which predisposes to mental health problems) are included.

As can be seen, this theoretical model implies an increase in the number of factors with respect to the classic three-dimensional postulate of Eysenck (neuroticism, extraversion and psychoticism) and the pentadimensional one of Costa and McCrae, which became known as the Big Five (neuroticism, extraversion, openness to experience, kindness and responsibility). The latter became, without a doubt, the most used by the entire scientific community; although in recent years it has been receiving numerous criticisms for its inability to explain the complete variance of human diversity.

The HEXACO model, like the “Big Five”, was constructed from an analysis of the lexicon with which people described the forms that personality could take. That is, a sample of multiple languages was used, and from its analysis the words that served to define the behavior of human beings were extracted, observing a consensus among cultures that could be summarized in the 6 factors finally included in HEXACO. Among them, the most relevant were neuroticism and extraversion, which also emerged as the most predictive of emotional difficulties.

One of the main purposes of the personality models is to find, at least, protection and risk factors for the appearance of diverse psychopathologies . Underlying all this is the interest in knowing the way in which human beings act and think when relating to other people in their environment or to themselves, since from there it would be possible to predict and explain the nuances of their emotional and intimate life. All this is very important when designing intervention programmes that contemplate individuality and are adjusted to the idiosyncrasy of the patient.

The most important contribution of HEXACO is the honesty-humility factor , for which there was no analogous until now in the previous personality models. Furthermore, it renames neuroticism (labelling it as emotionality) and incorporates sentimentality as a facet of it (previously included in kindness). The redistribution of the facets of each factor also extends to anger control, which was traditionally part of neuroticism and with HEXACO is reassigned to kindness. The rest of the factors (both extraversion and openness to experience and scrupulousness) are maintained in a very similar way in their formulation.

There is currently a purposefully designed questionnaire to explore the factors outlined, called HEXACO-PI (revised in 2006). It has three different versions, depending on the total number of items included; it may consist of 200, 100 or 60 reagents. The last two are the most widely used, since they have similar reliability (very good/excellent) and are less expensive to administer. Moreover, they have an additional advantage: they can be answered by the person himself or by a relative or close friend who knows him well .

The 6 factors of the HEXACO model

Let’s go into more detail to see what each of the factors included in the HEXACO personality model means and how it is expressed. It should be taken into consideration that none of them can be interpreted in negative terms , and that all people score more or less high on all of them. Even so, it is known that the combination of intense neuroticism and low extraversion constitutes a risk profile for the development of clinically significant depression and anxiety.

The honesty-humility factor is certainly the most relevant contribution of the HEXACO personality model to understand how personality works. It is an original contribution of it, which expands the number of basic dimensions and the perspective of analysis of the phenomenon.

This factor refers to sincerity, which includes a preference for telling the truth and omitting any interested distortion of the facts . Moreover, it implies the adjusted perception of oneself, which avoids praising one’s own worth and chooses to emphasize what one really is. Those who score high on this variable wield a balanced sense of justice in their relations with others and are capable of renouncing pride when it comes to interfering with the vision of a relational conflict. In short, they opt for persuasion based on authenticity.

This factor is at the base of many power dynamics, in the private sphere (sentimental life) and in the public sphere (economy and politics, e.g.). It is also related to an absence of material greed and less assumption of risk behaviour.

The emotionality factor is equivalent to what other authors coined as neuroticism . In this case, it refers to a persistent pattern of behavior and thinking, whose fundamental consequence is vulnerability to suffer from depressive or anxiety disorders. This is undoubtedly the dimension that has been most closely related to psychopathology, which is why it has been described (in one way or another) in all the previous theoretical models on personality.

People who score high on this trait feel anxious most of the time, and worry excessively about what has already happened or might happen. The emotion of fear becomes the most common emotion in the scenario of their emotional life, conditioning their acts and thoughts in an extraordinary way.

All of this is also transferred to social interactions , where a fear of independence or an excessive tendency to avoidance prevails. In any case, the negative affect is more intense and of much longer duration, so it is present for a very important part of the time.

Sentimentality is also a very important part of emotionality. It translates into the subjective experience of hypersensitivity to emotional fluctuations, so that the intensity and consequences of these fluctuations become more acute.

Extraversion is a trait that is related, above all, to the social image that the subject has of himself and of the way in which this is projected on the stage of relations with others . People who present high scores in this trait enjoy making friends, meeting with other people and even taking a proactive position in the group tasks in which they participate. This tendency is enhanced by the optimistic perception of their social skills.

Many studies have also found that extraversion is related to “positive” emotions, such as enthusiasm and/or joy. In addition, extroverts take better advantage of social networks (family or friends) in times of need, which is associated with a reduced risk of affective disorders secondary to stress.

Openness to experience describes the subject who is willing to accept the new and different as one more part of what defines him. Curiosity is, therefore, the engine that fuels their behavior and emotions. This profile is also associated with the preference for everything that is unconventional, for interests that are alien to the current of social preferences and for “creativity” in art and/or literature.

People with high scores in this trait are interested in experiencing all kinds of emotions, in getting into a varied or diverse life, and have little fear of the changes that come with time. They maintain the ability to be amazed by beauty, which they usually enjoy (visiting museums, for example). Some research on it finds a direct relationship between this trait and the cultural level.

Cordiality is a factor that has been associated with kindness and the willingness to seek social relations that bring wellbeing. Those who score high on this factor forgive others when they are victims of grievances are very kind in their relationships and flexible in the face of imperfection .

In some cases, however, it degenerates into an unrealistic need to avoid all conflict, depriving people of the opportunity to respond to the frictions that are an inevitable part of everyday life (since they prefer to avoid such encounters).

Finally, patience is an indivisible part of the factor. It is characterised by the capacity to delay the impulse when it is perceived that the interactions are not being favourable, so as to emit the most “positive” response of all possible . It is at this point that anger control is relocated, which belonged to the neuroticism dimension in previous models.

The dimension of scrupulosity refers to the tendency to act in an organized way and with a plan of action, instead of doing so from the point of view of thoughtlessness or impulsiveness . It also includes the preference for intervening diligently, facing up to obligations and responding to the demands of the environment with speed and accuracy. Those who have high scores in this trait are prudent when choosing the most efficient alternative of action, although on occasion they may show excessive perfectionism. In extreme cases it is associated with what we know today as obsessive-compulsive disorder.

The HEXACO personality model enjoys a great deal of research today; it is considered very accurate in describing patterns of behaviour, thought and affect. In addition, the effect of the opposite poles for each of the factors that compose it is being studied, since by their dimensional nature they can be evaluated as spectra with their own dichotomous extremes.

In this way, the model allows us to explore the impact of arrogance, stability of affections, introversion, irresponsibility, irritability, etc. (specular factors of each of the large dimensions). Its use is extending to contexts as varied as self-care of health, addictive behavior, general psychopathology and any other imaginable area in which personality may have a role of potential relevance. It is therefore a valuable contribution to psychological science, the fruits of which will allow progress to be made towards a greater understanding of human beings.