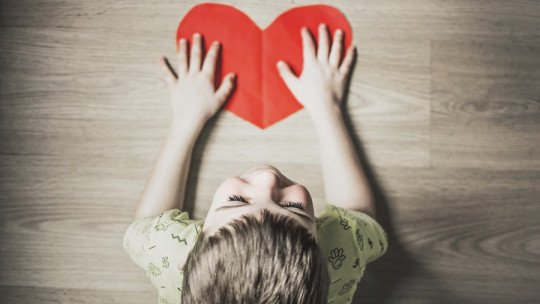 With regard to psychological intervention applied to improving people’s well-being, the earlier the problem to be treated is detected, the better. And this is probably more true than ever in the case of the youngest, who are going through a stage that, in many aspects, will condition their development in adulthood.

Because childhood is a phase of life full of possibilities, and also full of potential vulnerabilities. Poor learning of language skills, for example, can undermine a child’s chances in social and working life. The same is true for all the psychological capacities involved in performing at school.

Therefore, the diagnosis of learning disorders during childhood and adolescence is crucial ; not for nothing it constitutes a field in which many psychologists specialize.

The importance of diagnosis in learning disabilities

In a way, childhood shapes a good part of our room for manoeuvre when it comes to developing personally and professionally. Clearly, we can all change to some extent at any age (for one thing, our brains are capable of adapting to many environmental challenges throughout our lives), but we are especially sensitive to what happens to us during the first few years of life, for better and for worse.

Therefore, spending the years of schooling having to live without help the effects of a learning disorder is a very frustrating experience, which on the one hand keeps the child without the opportunity to learn many contents that will serve him/her better, and on the other hand generates a feeling of frustration and boredom during class and study hours, which feeds the negative effects of the disorder.

The problem is that these kinds of disorders can take many forms, and most are difficult to recognize at first by those who have no experience in the field of psychology. Moreover, the child is sometimes criticized and blamed for the lack of progress at school, which makes the situation worse. But even in the best of cases, an untreated learning disorder will not prevent the person from becoming an adult with a good quality of life, but it will contribute to the person going much further than he or she would have been able to go if the problem had been detected in time.

Phenomena such as Attention Deficit Hyperactivity Disorder, dyslexia or dyscalculia can lead a young person to believe that this is his real limit, that he will never be able to concentrate enough to do something useful with his life, or that he will never be able to learn in depth all the wisdom contained in books. These kinds of beliefs are not only a reflection of the problem in the school day; they also mark and erode self-esteem in a very harmful way.

How do you play it safe?

The best way to ensure that there is no psychological disturbance that hinders a child’s ability to learn is to go to the psychotherapy professionals when signs are detected that something is wrong.

In some cases, it may be a false alarm and there is no learning disorder, but even in situations like this it is good to have the help of psychologists, as we specialize in recognizing also non-pathological but limiting phenomena, such as lack of motivation at school or identification with those who despise studies simply because they want to be part of a group.

In other cases, there will be a learning disorder based partly on biological (not necessarily genetic) predispositions which, with work in the child and youth therapy sessions, can be much less problematic. The key in these cases is in knowing how to identify exactly what is slowing down the learning pace of the child , and from there offer a personalized “training” to compensate for these difficulties and strengthen other virtues of the child, to use new ways to learn and not fall again and again in a paralyzing frustration.

This, of course, requires the expertise and tools necessary to make a diagnosis of learning disabilities. For example, in our psychology centre located in Barcelona, Psicotools, we carry out this symptom detection from both psychology and neuropsychology, from which complementary diagnostic tests are carried out and from which well-defined and effective re-education programmes can be promoted. If you are interested in contacting us, you can see our contact details by clicking here.