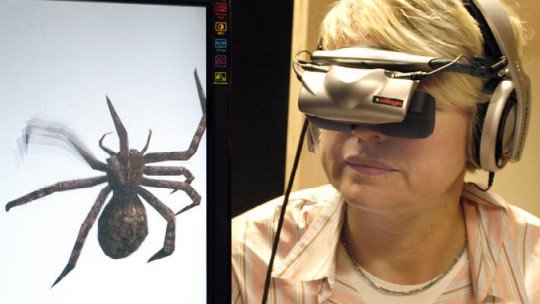 Today, depression and anxiety disorders have become the most common mental disorders in our society. Over the years, different methodologies have been proposed to address their treatment. One of the most recent is Virtual Reality Therapy .

This form of therapy allows situations to be relived virtually, so that patients can safely experience different problem situations. Data from various studies show positive results with few treatment sessions.

Virtual Reality Therapy for the treatment of depression

A study conducted by University College London (UCL) and the Catalan Institute for Research and Advanced Studies (ICREA) suggests that virtual reality therapy (VRT) may become a form of treatment for depression in the future . The research was conducted with 15 subjects suffering from a depressive disorder. The age of the participants ranged from 23 to 61 years, and the results were positive in 60% of the cases.

Thanks to the fact that the cost of hardware has become cheaper and its functionality has increased, studies in this line of research have increased in recent years. Even so, until now, few had treated depression as they focused on anxiety disorders. The research conducted by UCL and ICREA used techniques that had already been shown to be effective in other forms of therapy, such as Post-Traumatic Stress Therapy.

For this research and after placing the virtual reality helmet on the study participants, treatment began with the patient observing his own body in a mirror. This elicited the incarnation or illusion that the avatar (virtual identity) was his own body. Patients were then asked to show compassion for a distressed child. After taking care of him, he stopped crying and responded positively. Then the image changed its perspective (to the child’s vision) and the child saw (i.e. the subjects) an adult saying his own words and gestures.

The importance of self-pity

This 8-minute scenario was repeated three times over a three-week period. Of the participating subjects, 9 out of 15 showed a significant reduction in depressive symptoms . However, although the results are positive, the lack of a control group makes it necessary to carry out further research to confirm these results.

Dr. Chris Brewin, director of the study and professor of psychiatry, explains: “Self-pity is important because it calms feelings of distress, because otherwise the distress can take over and is really unbearable. The author adds: “We now know that many patients with depression and other disorders have real problems being compassionate towards themselves, although they are often very good at being compassionate towards others.

Virtual Reality Therapy for the treatment of anxiety

This technique has also been used to treat patients with post-traumatic stress disorder (PTSD), who suffer from this condition due to a sexual assault, a car accident or a terrorist attack, such as the September 11 attack in the United States, in which thousands of people were affected. The researchers say that it has also been shown to be effective with eating disorders or alcoholism . The idea is that when a person is in a safe, three-dimensional environment, they can deal with the problem or the people who cause anxiety more effectively.

One of the greatest experts in the application of this technique is Skip Rizzo, director of virtual reality research in medicine at the Institute of Creative Technologies, University of Southern California. “When you talk about traumatic experiences like war or sexual assault, these are events that will change someone for a lifetime,” Rizzo explains. “We’re not creating digital rape here. Our goal is to get a person closer to dealing with harsh emotions in a safe way,” he adds.

Therefore, is Virtual Reality Therapy the future of psychology? Time will tell.