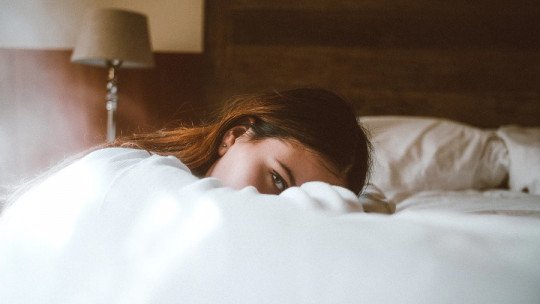 Anxiety is a normal and adaptive reaction that is experienced in situations where the individual feels threatened or in danger (real or imagined). It can be understood as a defence mechanism that alerts the person to imminent danger, and prepares the individual physically and psychologically to face or flee from the threat. Thus, a certain degree of anxiety is even desirable for the normal handling of day-to-day demands. Only when the intensity is excessive and disproportionate to the threat does it become pathological.

In Anxiety Disorders there is usually no real trigger , but it is the individual’s own mind that evokes a thought or image in an unconscious way that is threatening, causing the start of the symptomatic picture of anxiety.

In addition, it is common to find testimonials from patients who claim that these thoughts normally occur after a stressful event, just when the person was relaxed. Why does this happen?

What thoughts are related to Anxiety Disorders?

When the person is immersed in a situation that requires his or her full attention, most fears are put on the back burner, as the person has little time to think about anything. It is a question of priorities. However, when the stressful situation has passed and the person is calm, it is normal that the thoughts that have been temporarily avoided reappear abruptly and unexpectedly .

For Rodolfo De Porras De Abreu, psychologist and manager of Psychologists Málaga PsicoAbreu, anxiety is related to the feeling of “not being in control of your life”. Often people with anxiety feel that they are not in control of their emotions, their body, their relationships, their work, their life. Taking control is not about controlling everything, but deciding what we want and what we don’t want. It is common to find in anxiety therapy patients who have dedicated their lives to making those around them happy, but have forgotten about themselves. Hence the importance of thinking about yourself and deciding what kind of life you want to live.

Related to this, the cabinet psychologist Maribel Del Rio says that anxiety can also be translated as an “excess of future”. People with anxiety usually ask themselves “what if” questions. , they think that in this way they will have no reason to worry, because they will have a solution already chosen for each ‘possible’ problem.

However… when does everything go according to plan? Never. In addition, the psychological cost of constantly posing potential problems for which to be prepared means that we can never enjoy the present and feel that our mind is going faster than our body.

What is the difference between normal and pathological anxiety?

The characteristics of normal anxiety are as follows.

Here is an example:

In a mugging the victim may feel her mind racing to decide the best way to ask for help, how to do it, whether to attack the attacker or just run away. While on a psychological level the mind is calculating the different solutions, on a physical and behavioural level the person prepares to face the problem . Interestingly, in these cases, the physical symptoms, despite being the same as in Anxiety Disorders, do not worry the person, since it is related and proportional to the external event.

On the other hand, the characteristics of pathological anxiety are as follows.

An example of pathological anxiety might be the following:

In a public talk some people feel dizzy, tachy, trembling, shortness of breath, tingling, feeling faint or having thoughts like getting stuck in the middle of a speech. In this particular case, there is no real danger, the intensity of the symptoms is excessive and the person may become blocked by their own fear, increasing their feeling of helplessness and strengthening the pathological circle. In these cases the physical symptoms usually worry the person who suffers them, because he feels that they are not proportional to the threat.

Anxiety causes symptoms on a physical, psychological and behavioral level. The psychologists of the PsicoAbreu team state that physical symptoms are the ones that cause the most concern and psychological consultations. Among the most common are the sensation of suffocation, pressure in the chest or knot in the stomach, tachycardia, dizziness or sensation of fainting , vomiting, loss or excess of appetite, cold sweats, tingling and numbness of some parts of the body, sleep problems, etc.

The most frequent psychological symptoms include fear of losing control, fear of having a heart attack or dying from the symptoms, depersonalization, unrealization, difficulties in attention, concentration and memory, and catastrophic thoughts.

Finally, in behavioural symptoms people usually avoid crowded places, go out alone, avoid certain situations, carry out checks to feel that everything is in order , etc.

The different forms that an Anxiety Disorder can take are as follows.

It is a psychological disorder in which a person has episodes of intense fear that are accompanied by symptoms such as chest pain, choking sensation, tachycardia, dizziness, gastrointestinal problems, etc. that occur suddenly, lasting from a few minutes to a few hours. As a consequence of all this the person ends up developing a ‘fear of fear’ , that is, fear of feeling the anguish generated during one of these crises again, which paradoxically can lead to a new crisis of anguish.

It has usually been related to the fear of being in open spaces. However, what the person really fears is having a panic attack and finding it difficult or embarrassing to escape from the place . People who suffer from it usually avoid places such as shopping centres, public transport and in serious cases, the person may even be afraid to leave the house alone.

People with this disorder feel overly concerned about everything around them, whether it’s important or not. They always put themselves through the worst and suffer constantly . Although they are able to recognise that they worry too much, they cannot control it.

The person feels an irrational and excessive fear of a stimulus, place or situation, so he ends up avoiding them. The most common phobias are to animals, darkness, blood, storms, heights, closed spaces, etc.

The person feels an intense and persistent fear of being judged negatively by other people or doing things that make them feel ashamed. Social phobia is often confused with shyness. However, the shy person is able to relate and participate in social acts, while the person with social phobia has such intense fear that he or she cannot participate in public at all.

This disorder is characterized by the performance of rituals or strange behaviors with the aim of calming anxiety arising from premonitory thinking. Obsessions refer to intrusive thoughts, ideas or images, which cause worry and anxiety and which appear again and again in the mind. Compulsions are actions taken to reduce the anxiety caused by obsessions.

In PET, the person experiences the symptoms of anxiety following a psychological trauma such as the death of a family member, accident, theft, etc. 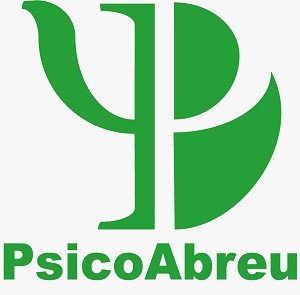 The team of psychologists of the Cabinets of Psychology Malaga PsicoAbreu is specialized in the effective psychological treatment of Anxiety Disorders. This therapy aims on the one hand to alleviate anxiety-related symptoms and on the other hand, to provide tools for the management and modification of emotional, thinking and behavioural factors that maintain high levels of anxiety and its consequences.