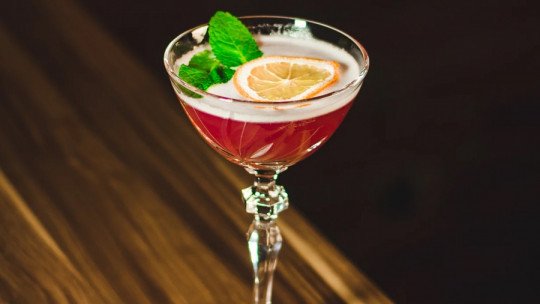 Alcoholism is a very serious social, medical and psychological problem that affects both women and men. According to the World Health Organization (WHO), however, men are up to three times more likely than women to develop an alcohol addiction.

Beyond the serious consequences that alcohol has on our lives, our minds and our bodies, it is widely recognized that there are numerous comorbidities in alcohol.

In this article we will learn about the most frequent comorbidities of alcoholism , that is, the disorders and symptoms that usually appear associated with it, according to data from the DSM-5 and also from different scientific studies.

Before we get into what the comorbidities of alcoholism are, let’s clarify the concept of comorbidity. Comorbidity is a term coined, in 1970, by the clinician and researcher Alvan.R. Feinstein . This concept refers to the presence of one or more disorders, in addition to the primary underlying disorder (we also refer to diseases).

In the case of alcoholism, there are multiple comorbidities to this disorder, both on a psychopathological (mental disorders) and medical level (diseases themselves). In addition, both in the medical and psychological fields, comorbidities of alcoholism have been a topic of interest that has grown gradually over the years.

In clinical practice, it is observed that it is increasingly difficult to find “pure” cases of alcoholism , because most of them already come with one or more associated disorders.

It should also be noted that in the field of addictions, it is highly common to find in patients the so-called polydependence (addiction to more than one substance) (not to mention the also added psychopathological disorders of an emotional and affective nature and medical diseases).

In the DSM-5 (Diagnostic Manual of Mental Disorders), alcoholism disorder is associated with other psychiatric conditions. This means that just because you suffer from alcoholism, there is an added risk of suffering from this type of disorder as well (during the onset of the addictive disorder or even over time). These disorders and/or symptoms are:

We have seen what DSM-5 says about the frequent comorbidities of alcoholism, but what does the scientific literature say about them?

To talk about the comorbidities of alcoholism as far as psychopathological symptoms are concerned, we will refer to the results of a study carried out in 2006 (Landa, Fernández-Montalvo, López-Goñi and Lorea). This study shows how the main disorders and/or symptoms associated with alcoholism, on a psychopathological level, are of an anxious-depressive nature .

Such symptoms are seen in alcoholism in greater proportion than in the general population (non-alcoholics). In addition, it should be noted that the frequency and intensity of such symptoms is related to the severity of alcohol dependence.

This translates into more severe associated symptoms in patients with more severe alcoholism. Such comorbidity should be carefully considered in terms of treatment and possible risk of relapse .

On the other hand, according to the aforementioned study, 12% of the patients in the sample also presented symptoms that could indicate a possible diagnosis of pathological gambling, although without fulfilling diagnostic criteria.

In addition, it was observed that the severity of the symptoms of pathological gambling was related to a more serious alcohol problem .

According to the results of these studies, the existing comorbidity between alcoholism and certain types of personality disorders is between 22 and 64% of cases , which is quite alarming.

Another study from 2001, developed by Valbuena et.al, found different types of alcohol consumption with well-differentiated patterns :

It should be specified that these groups are not categorically independent, but that many of their symptoms or consequences overlap . In addition, people in each group may move to another group over time, and/or return to the initial group, etc.

But let’s get to the point; what was observed in each group at the level of comorbidity associated with alcoholism? Let’s look at it:

It was found that in this first group (it was a young group), there were associated transient emotional disorders, but without somatic or psychiatric repercussions .

In the second group, the high-risk group (which includes harmful or abusive consumption of both alcohol and other substances), , great social and family instability was found, as well as serious comorbid psychiatric disorders .

In the group with alcohol dependence (middle-aged), serious organic and cerebral sequelae were found, together with a strong tendency to isolation and depressive symptoms .

Beyond the numerous comorbidities of alcoholism mentioned, we should not forget its repercussions and consequences at the organic level, since alcohol is a highly harmful drug for health, which can cause important problems of the liver, pancreas, heart, sexual dysfunctions , etc.

Not to mention the serious social, personal and occupational consequences of their consumption.

On the other hand, referring to a study carried out by two German universities, the University of Greifswald and the University of Lübech, it revealed that the life expectancy of alcoholics is reduced, on average, by 20 years in comparison with the normal (non-alcoholic) population. Again, an alarming figure.