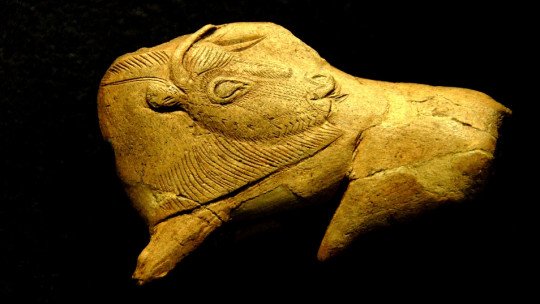 Throughout history faith and religion have been an important part of society, concerned with offering an explanation to the unknown. Today Christianity, Islam, Judaism, Hinduism and Buddhism are the five major religions, although there are many other religious professions.

And many more have come and gone in time. But the different religions have not emerged from nothing, but at some point in history human beings began to have and structure this type of beliefs. In this article we will try to make a brief reflection on the possible origins of religious faith.

We understand religion as all organized and structured set of beliefs, generally mystical and spiritual that allow the human being to seek and elaborate an explanation of the world and reality and that is expressed in rituals.

Religion offers an explanation of the world and a framework for interpreting reality based on faith, often using numerous symbolisms to try to make its precepts understandable. They usually include, in addition to this, a series of rules or precepts that allow the conduct to be governed and facilitate the creation and maintenance of a community.

They tend to link to or make use of supernatural elements and facts that cannot be explained on the basis of the empirical knowledge of the moment. It is also common for them to try to explain complex phenomena, such as the reason for our existence and our appearance in the world, and one of the themes common to almost all of them is the concern for what happens in the moment and after death. Usually faith is self-sustaining , being resistant to modification and falsification.

It is difficult to determine at what point in human evolution religious beliefs began to emerge, and for the moment it is not possible to determine when the first organized religions emerged, given that the origin dates back to prehistoric times (there are no written records of this).

What we can determine is that there are strong indications that make it evident that religion predates even Homo sapiens, being the first religious type beliefs prior to the expansion of our species.

Specifically, we know that our Neanderthal relatives already performed ritual burials , something that shows the existence of a sense of death and a concern about what happens after it. Likewise, in the remains of some tribes or clans, some kind of worship of some animals, such as bears, seems to be observed.

Evolution of the psyche

Another aspect to highlight is the consideration of what makes the emergence of religious thought possible . In this sense, it is necessary to have a series of basic mental capacities: the capacity for abstraction, the existence of a theory of mind (which allows the subject to realise that others have their own perspective and objectives and wills separate from their own), the detection of causal agents and the capacity to make complex associations.

It is considered that faith may have emerged either as an advantageous adaptation that has remained by natural selection (since it allows for group creation and cohesion, facilitating survival and reproduction) or as a by-product of the emergence of cognitive skills such as the above.

The first type of religious belief

In this sense different societies of hunter-gatherers and the different types of beliefs they hold have been analysed, an example of which is the one carried out in 2016 by Peoples, Duda and Marlowe in which they valued animism, belief in gods, belief in the afterlife, ancestor worship and shamanism.

The results of the study show that animism, the belief in the existence of a vital force or soul in all animals, plants or even geological accidents and natural phenomena, possessing a will of their own, is the most widespread and oldest type of religious belief . This type of belief serves as a basis for the further development of the belief in the supernatural or the mystical.

Right after it is the belief in the afterlife or life after death, which is considered one of the most common and ancient aspects of religions. For this, the concept of soul or something that exists beyond death is necessary, precisely because animism has existed before.

This can be followed by the idea of an expert generating rules that allow access to or contact with the afterlife. From this the shaman would emerge, and later the clerical institution . He would become an expert in the communication and management of the religious event. Belief in the cult of the ancestors may also arise.

Finally, belief in gods is something that can be derived from belief in higher entities that can look at us and affect our lives, but which seems to arise from a reflection of the way a society or tribe is organized.