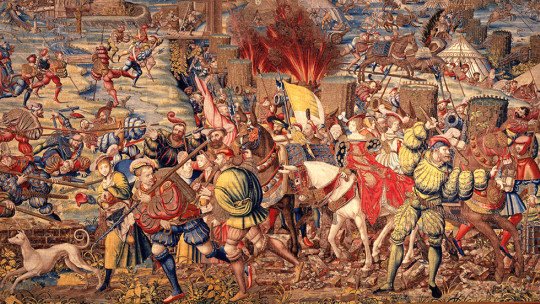 Traditionally, the field of psychology has been more like a battlefield than a cumulative field of scientific knowledge. The contenders in that battle have varied throughout its relatively short history. And I say relative, because psychology has always existed, since the beginning of civilizations, although evidently, it has not always been considered under that term.

Innatists, situationists, interactionists, behaviorists, cognitive, humanists, psychodynamics…the struggle between the fervent followers of one or another paradigm of psychological knowledge has been diverse in terms of the origins of the approach, but it has never been free of the conceptual mistrust that the followers of a certain paradigm have of the statements or considerations of the followers of others.

A theoretical and practical battlefield

Currently, from my humble perspective as an eclectic and impartial observer, I consider that we are witnessing the recent majority contest between the approach of the so-called cognitive-behavioural against the inherited approach of humanism , that is, of positive psychology. Perhaps I am hasty in such observation, but it is frequent to find detractors of the positive approach defended by the Seligmans, Csikszentmihalyi, Dyer or Davidson among others, against the classic cognitive-behavioral approach of authors and researchers like Skinner, Thorndike, Ellis and Beck among others.

As if it were a short circuit, there are many who are quick to point out the advantages and/or limitations of one approach over another, trying to validate their firm convictions on the correct way to approach the different objectives in the field of psychology.

Once again, it happens that we are immersed in eternal internal disputes , about who is in possession of the absolute “truth”, as if it were not willing to leave with those who, in the exercise of their profession, apply one or another technique in order to achieve certain types of results (health, well-being, performance, etc). In the end, this kind of systematic disputes, far from being useful to produce knowledge, acts as a burden for the development of this exciting discipline.

If there is one thing I have learned during the years I have been working as a psychologist, it is that truths can take on multiple forms, that psychology is a “living science”, that it grows and evolves in parallel with the pace at which the societies to which it tries to provide answers grow and evolve, and that, in short, even truth takes a back seat when the objective is limited to the development of a more practical sense of existence.

The Latin statement, attributed among others to Julius Caesar or Napoleon himself, Divide et impera (Divide and rule), says that it is paradoxical that the very division among scholars of the human mind , comes precisely from themselves. It seems that the fact of participating in collective efforts to better understand how we think and feel does not necessarily translate into a greater capacity to apply these principles to the way in which, individually, we adopt a useful and constructive attitude towards the theories and methodological tools of others.

In short, separate neuropsychological data (which seem to placate at one stroke any kind of dispute regarding the functioning of the brain), as observers, scholars and interveners of the functioning of the mind, we have the moral responsibility to unite and remain strong in the face of our own internal conceptual frictions and in the face of external interests that may destabilize the ultimate goal of our professional mission, which is none other than to offer the society in which we live the questions and answers necessary to achieve its existential purposes.