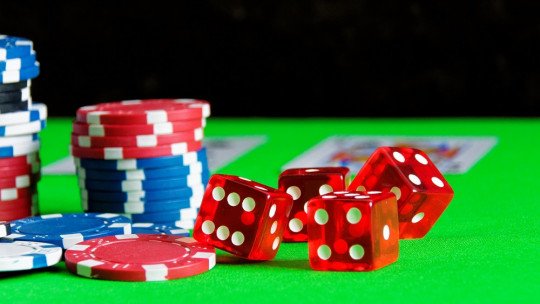 No matter how hard we try, people’s reasoning does not always follow a logical basis. On a large number of occasions, we are so absolutely convinced of the validity and wisdom of our reasoning that we end up making countless mistakes.

This is what happens with the player’s fallacy. A type of mistaken thinking related to gambling and probability that can lead people to the point of losing large amounts of money in casinos and betting. Below we analyze this phenomenon.

What is the player’s fallacy?

Before we go into the description of the player’s fallacy, we must know exactly what the term fallacy consists of. The concept of fallacy belongs to the field of study of logic and the debate on it goes back to the times of Aristotle.

Although there is no absolute consensus about the concrete definition of this concept, we can describe a fallacy as an argument that may seem valid but in reality is not . Sometimes, these fallacies can be generated intentionally with the aim of deceiving or manipulating other people, while in others they are committed unconsciously, due to an error in reasoning or ignorance.

At first glance it may seem that a fallacy is easy to detect, but the reality is that sometimes these deceptions or errors in reasoning are so subtle that a lot of attention is needed to identify them, leading people to make bad decisions.

Once we understand the meaning of the concept of fallacy, it may be easier for us to understand what the player’s fallacy is based on. This fallacy, also known as the gambler’s fallacy or Monte Carlo fallacy, due to its relationship with gambling, consists of a logical fallacy by which people mistakenly believe that past random events influence or affect future random events.

For example, if we roll a die and the number three comes up, it is quite possible that, because of the player’s fallacy, we will come to the conclusion that it is quite unlikely that the same number will come up again on a second roll ; when, in fact, the odds are the same.

Because this type of logical deception is associated with the world of gambling, its main consequence is usually some kind of economic loss by the person who is the victim of the fallacy.

The misconceptions contained in this logical error

As we have already mentioned, the main deception within the player’s fallacy consists of believing that a past random event conditions the outcome of a future random event. However, there are some other misconceptions locked within it. These are as follows.

1. A random event is more likely to occur because it has not happened for a period of time.

For example, if we go back to the case of the die, this fallacy may lead us to think that if when rolling the die 10 times the number 3 has never come up, it is more likely to come up on the next roll. But in reality, rolling this number or any other has the same probability .

2. A random event is less likely to occur because it has occurred over a period of time

In this case the opposite phenomenon occurs. If in a series of dice rolls, the number 3 has appeared numerous times, the player’s fallacy leads us to think that in the next roll it is less likely to appear.

Another way to look at it is when you buy a lottery ticket. Usually, people are reluctant to buy tickets with repeated numbers. For example, anyone will choose 74398 over 01011. The reason for this is that the false logic makes us think that it is very unlikely that so many numbers are repeated or followed in a row .

3. A random event is less likely to occur if it occurred recently

For this fallacy we can use the example of the lotteries. If in the previous lottery draw the winning number was 18245, it is very possible that the lottery players will fall into the trap that it will not come up again in the next draw. However, the reality is that, strange as it may seem, the same possibilities exist.

4. A random event is more likely to occur if it did not occur recently

Finally, this false belief is the opposite of the previous one. This time, the player’s fallacy leads us to think, for example, that if in the game of roulette during the last throw the ball fell on the red color, it is more likely that it will now fall on the black color.

What are the consequences of this fallacy?

Although, once explained, anyone may think that she would not fall for this kind of deception. It is extraordinary to observe how this type of fallacy affects and conditions us much more than we think .

These wrong thoughts appear unconsciously. One of the characteristics of this player’s fallacy is that people think we are better at calculating probabilities than we really are.

The absolute conviction of the above misconceptions, can lead people to lose large amounts of money or even property . Let’s not forget that gambling can be addictive and that there are more and more games of chance in which a person can participate without leaving his or her living room.

If we add to the addiction that these games generate the fact that no person is free from the influence of the player’s fallacy, we will obtain as a result a large number of people losing large sums of money without being aware of the errors of thought that are leading them to it.