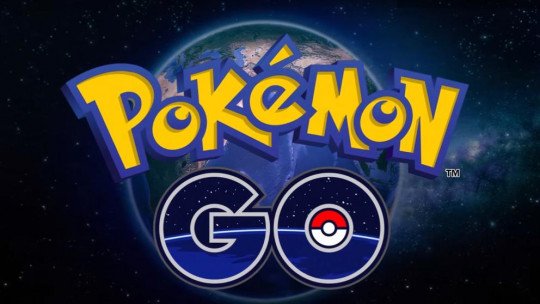 Pokémon Go, the Niantic and Nintendo video game for smartphones, has gained unprecedented popularity in the early days of its release .

The fever that this video game has generated has served, among other things, to increase the value of Nintendo shares by more than 25% in a few days. There are even some stories circulating about curious situations created by this application,
like that of some night walkers who, after explaining to a policeman that they were playing the game instead of dealing drugs, end up convincing him and making him download Pokémon Go right there.

Why is Pokémon Go liking it so much?

What can be the keys to the commercial success of the video game? At the end of the day, Pokémon Go is a fairly simple application:
basically allows us to use augmented reality to explore our environment in search of Pokémon that we will only see through the camera of our smartphone. It’s simple, but judging by the number of downloads of the game, it works well.

Here I propose some psychological aspects of the Pokémon Go playable experience that might be contributing to its success.

1. There are almost no rules of the game

A good part of the appeal of Pokémon Go is that it is hardly a video game . It can be understood as a varnish of augmented reality over the environments we physically walk through, inviting us to walk around and explore real areas.

More than a game with very specific rules and a storyline to discover, it is an experience without too much depth that offers us light entertainment. So we don’t have to spend time playing a game without anything else bothering us. Pokémon Go builds on our everyday experiences, and playing it requires no more commitment from us than what we’re willing to give. In fact,
can be used as if it were an application to force us to stretch our legs during our free time .

Pokémon Go can be played without paying anything, and this in itself helps people to start playing it . But, in addition, Pokémon Go’s approach is so simple that the chances of us feeling cheated once we start playing are very low.

There will be no script turns to ruin the experience, nor will we reach the end of the game without being given the option to continue experimenting, nor will the quality of the environments and challenges decline unexpectedly a few hours after the application’s release. By playing the game for half an hour we can get an idea of whether we like it or not, and
Because it’s free, the chance to start playing Pokémon Go is practically risk-free (beyond the accidents we might have if we don’t pay attention to what’s beyond the screen, while walking around, of course).

3. The claim of the familiar

Clearly
, it is impossible to seek explanations for the success of Pokémon Go without stressing the value of the Pokémon franchise itself . Pokémon video games, peripherals and merchandising products sell practically on their own, among other things because their brand is already known even by many people who have never been interested in this type of entertainment.

Add to that the fact that the franchise games
tend to be rated positively, Pokémon Go images and videos (promotional or otherwise) are likely to attract much more attention than competing products. Firstly, because being something familiar attracts our attention , and secondly, because those memories are more likely to be pleasant than negative. The invitation to collect things (in this case, Pokémon) is an easy and effective way to extend the durability of video games . They make us play them more because they place us squarely in the logic of the accumulation of elements that can be anticipated: we see other players and characters with better equipment than ours, we imagine what it would be like to have those collectibles that we intuit but haven’t been able to reach, etc. Since we know that if we keep on working under the playable rules we already know we will get all those elements, it is very easy that the idea of continuing to invest time in increasing the chances of winning these “prizes” is very tempting.

On the other hand, using the resource of collectibles inflates the duration of video games in a somewhat artificial way, because it is a very simple and stereotyped way of generating interest: it is enough to design new objects and attribute certain statistics and properties to them. It doesn’t cost as much as, for example, creating original environments with new challenges, or altering the video game’s plot to make the story more attractive.

So,
the added value of these collectibles is based on creating small temporary peaks of pleasure when a new item is obtained , which makes us associate that pleasure with this type of simple and predictable situations, in a similar way as B did. F. Skinner when teaching his pigeons to play ping-pong. This easy resource is ideal for games free to play like Pokémon Go, since it can be implemented starting from a relatively modest initial budget.

5. Curiosity to see “the other dimension”

Pokémon Go is mechanical and predictable, yes,
but it literally invites us to see a version of our own neighborhood and the areas we frequent where things are different .

In addition, by walking the streets and parks that we identified with our lives from the augmented reality of Pokémon Go during the first days of the game’s launch, we’re exploring territory that possibly no one else has seen before. Locally, we feel like we’re part of some kind of global party to unveil the planet version of Pokémon Go.

6. The fever of the social

If there is any way to benefit even more from the fact that the video game being sold is being consumed in mass, it is
creating the possibilities for this massive consumption to turn the game into a social experience on a planetary scale . Pokémon Go makes this possible not only by allowing real players to interact with each other through the game, but also by giving them the opportunity to create curious situations with augmented reality, images that they can share through social networks.

The possibilities are almost endless and, being a smartphone game, the propensity to photograph and share everything that happens to us is very high.
All this, moreover, takes the form of a great viral advertising campaign for this video game , making more people start trying it out. Which brings us to the next point.

7. An experience in company

People go out in gangs to hunt Pokémon, meet in parks, get to know each other in Pokémon Gyms, help each other find the rarest specimens… For many adults, it’s a return to childhood, not because the items to be collected are Pokémon, but because playing with this application is similar to playing as children go out in parks.

Part of the appeal of Pokémon Go these days is simply that hundreds of thousands of people have flocked to play it all over the planet.
From nostalgic millennials who have rediscovered the Pokémon universe they played in the late 90s to children and teenagers who simply decide to consume one of the few video games free to play that have an ambitious advertising campaign behind them, everyone has reason to be interested in a game that, on the other hand, is so simple and shallow that it excludes no one.

All these digital natives
have flocked to Pokémon Go and started sharing images over the Internet . Images that are instantly recognisable as part of the Pokémon franchise and are a publicity stunt in themselves. Thus, the desire to start using the game to join this virtual party becomes the fuel for a new trend.

This Psycogaming article explores the possibilities that Pokémon Go could be useful in combating mental disorders such as depression, anxiety and social phobia.Undoubtedly, a promising line that would give even more strength to the already revolutionary video game.