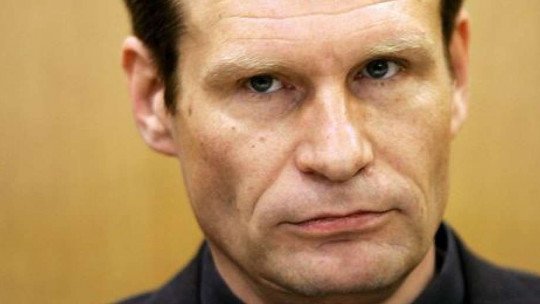 Acts of cannibalism, those in which individuals eat human flesh, have occurred throughout history in different cultures or peoples. The two main causes of this phenomenon are: survival, that is, situations in which it becomes necessary to feed on other human beings in order not to die of hunger, or different rituals or ceremonies of sacrifice. But n the modern world there are very few cases of this type of behaviour . In today’s article, we are going to review the terrifying and famous story of a character who, after placing an ad on the Internet, managed to eat his victim, who voluntarily agreed to this macabre act.

First of all, it should be mentioned that isolated cases of cannibalism have been described throughout human history, generally perpetrated by individuals with serious mental disorders such as schizophrenia. Cases of cannibalism due to drug use have also been reported, such as the one that occurred in 2012 in the United States, in which Rudi Eugene was shot dead for attacking and trying to eat the face of a homeless person. If you want to know more about this shocking case, you can read our article: “Bath Salts: Discovering the Terrible Cannibal Drug”.

How the events occurred

The event that we are going to tell today happened in Germany, and its protagonists are Armin Meiwes and Bernd-Jürgen Brandes . Armin posted an ad on an internet forum in which he was looking for an individual to swallow. The text was not very long, but rather simple. It said: “Wanted: a young man, between 21 and 40 years old, who wants to be eaten”. Although many took this as another joke, Brend-Jurgüen contacted Armin.

When they were left, Brandes drank a few glasses, had intimate relations with Meiwes and, later, the latter cut his throat to let him bleed to death .Before dying, Brandes asked his murderer to cut off his penis in one bite after he had died. Meiwes tried but could not, so he used a knife to cut it off. He then tried to eat the piece of meat, but since he couldn’t eat it raw (it was impossible to chew), he cooked Brades’ penis. Apparently he did not like the taste, and ended up giving it to his dog. All this happened with the consent of Brades himself, who fulfilled his wish to die and have someone eat his meat.

The story of cannibalism didn’t end there, because Meiwes kept Brend’s body after he cut it up. He ate it little by little, and after a few months, he posted a note on the forum that his dream had come true and that the pieces of meat were running out. So he was looking for a new victim so that he could do the same with her.

A user, concerned about the letter, contacted the police who, in 2002, arrested him.

You can watch the video of this story below:

Who is Armin Meiwes

Armin Meiwes was a computer scientist who was born in the city of Kassel (Germany) and lived a very lonely childhood.

His father was a hard man who was disinterested in his son and paid no attention to him. When Meiwes’s parents separated, he was only eight years old. His father then abandoned the family never to contact them again. Later, when his son Meiwes was on trial, he told the court that, despite all that had happened, his son had always been a good little boy and had behaved very well. But he became obsessed with the story of Hansel and Gretel, particularly the chapter where a witch fattened them up and tried to eat them.

A childhood with cannibalistic thoughts

When his father disappeared, he made his mother become both the father and the mother. She punished him and yelled at him in public and accompanied him everywhere. Lacking a father figure, Meiwes created an imaginary brother called Franky , with whom she shared her cannibalistic thoughts . Franky was his escape route because he listened to him, something his mother never did.

At the age of 12, Meiwes began to fantasize about eating his friends, thus believing that they would become part of him and stay with him forever, a desperate solution for an only child who felt so alone and misunderstood.

In 1999 Meiwes’s mother died and left her a huge mansion in Amstetten, which belonged to her family. With no close family, no one to have an intimate relationship with, and now without her mother’s supervision, she built a shrine in the house. According to police reports, there was a plastic mannequin in the mansion to keep him company.

Totally alone and isolated, he developed a great interest in adult movies on the net , especially those sadomasochistic contents that included torture and pain. Thanks to these communities, he found a refuge in chat rooms. There he began to devise his story of cannibalism.

Another macabre story that became famous: the case of Carl Tanzer

Another terrifying story that became known is the case of Carl Tanzer, a radiologist who met a sick woman and took care of her. When the woman died, Tanzer exhumed her body to continue having sex with her. He was able to reconstruct her rotting body to continue to maintain her human figure. If you want to know this shocking story of necrophilia, you can visit our article: “The famous and macabre case of necrophilia of Carl Tanzler”.