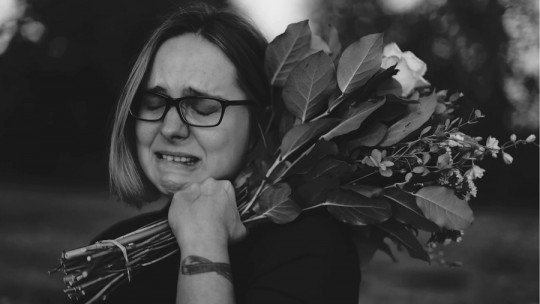 One of the most common mental health problems around the globe is major depression. It is a disorder that causes great distress and suffering to those who suffer from it, and is usually highly disabling.

Throughout history, many authors have tried to explain the causes or factors that lead to depression, in order to understand it and find ways to combat it. In this sense, there are a great number of theories and models that attempt to analyze and explain this disorder.

One of them is the theory of depression due to hopelessness , which we will explore throughout this article.

Major depression is one of the most prevalent mental disorders worldwide, characterized by the continued presence (much of the day and almost every day for a period of at least two weeks) of a sad mood and the loss of ability to feel pleasure (something known as anhedonia).

Along with these, other symptoms appear such as sleeping and/or eating problems, weight changes, isolation, loss of desire to do things, fatigue, decreased libido, passivity, concentration problems, suicidal ideation and/or hopelessness.

All of this leads to great difficulties in the functionality of those who suffer from it , who in addition, over time may find themselves socially isolated and lose many social interactions with the rest of the people while their work and/or academic performance is reduced, something that may generate conflicts and a worsening of the patient’s quality of life.

Passivity and hopelessness are, together with anhedonia and possible cognitive distortions typical of depressive schemes, two of the symptoms that make it more difficult to overcome the disorder by diminishing the belief in one’s own ability to improve. And despair has been considered as fundamental in major depression by some authors, among them the creators of the theory of depression due to despair.

Theory of depression due to hopelessness

The theory of depression due to hopelessness is one of several different explanatory models aimed at trying to provide an explanation for the reason or factors involved in the onset of depression.

This model was proposed by Abramson, Metalsky and Alloy , who start from a similar but different cognitivist conception of depression from that of Aaron Beck. The theory of depression due to hopelessness establishes the existence of a basic vulnerability that would make it easier for a person to fall into a depression when faced with a stressful situation.

Said vulnerability is mainly of cognitive origin , and specifically arises from cognitive inferential styles in which an internal, global and stable attribution for negative situations prevails, as well as in the anticipation of adverse situations and events as a consequence of the acts themselves.

This style brings out the idea of hopelessness, of taking responsibility for everything negative that might happen to the person and the absence of belief in one’s own ability to affect the outcome of events.

Generally the presence of these styles facilitates the appearance of a type of depression called hopelessness, which is linked to specific symptoms that would include sadness, fatigue, low levels of self-esteem and possibly suicidal thoughts and ideas.

A mentality close to learned helplessness arises, in which no matter what is done the subject will believe that he or she does not have an impact on the world and is unable to cope successfully with situations.

This theory has been reviewed and criticized over time, but it has been found to be especially relevant in explaining the symptomatology of depression in adolescents, especially in the case of young girls.

Although the theory of Abramson and collaborators and that of Beck are similar in many aspects, the truth is that they have relevant differences between them.

One of them is precisely the fact that while for Beck the causes of depression are found in the activation of dysfunctional mental schemes derived from negative biases (among which the fact of ignoring positive information and focusing on negative ones stands out), in the theory of depression due to hopelessness we would not find ourselves before strange inferences, but rather they are logical from the vital learning that has been able to generate them.

The theory of depression out of hopelessness values that, in fact, people with depression may have a less biased perception than the non-clinical population as they are not influenced by the illusion of control.

This model also establishes the existence of influential biological factors, such as the presence of brain asymmetry or the greater activity of the relative right anterior zone.

Although these factors are not necessary for depression to exist, if they exist they would be facilitators or risk factors for becoming depressed.