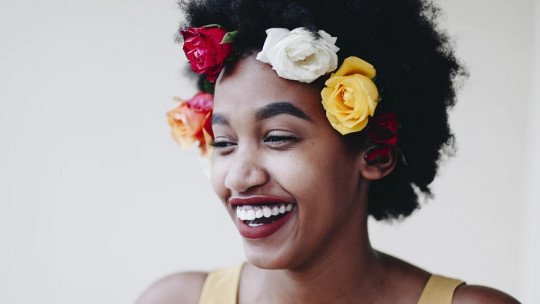 The theory of facial feedback proposes that facial movements associated with a certain emotion can influence affective experiences . It is one of the most representative theories of the psychological study of emotions and cognition, and therefore continues to be discussed and experienced constantly.

In this article we will see what is the theory of facial feedback , how it was defined and what some of its experimental tests have been.

The relationship between cognition and affective experiences has been widely studied by psychology. Among other things, it has been attempted to explain how emotions occur, how we make them conscious, and what their function is at both the individual and social levels.

Some research in this field suggests that affective experiences occur after we cognitively process a stimulus associated with an emotion. The latter, in turn, would generate a series of facial reactions, such as a smile, that account for the emotion we are experiencing.

However, the theory of facial feedback, or facial feedback theory, suggests that the opposite phenomenon can also occur: making movements with the facial muscles related to a certain emotion, significantly affects how we experience it; even without the need for intermediate cognitive processing.

It is called facial “feedback” theory, precisely because it suggests that facial muscle activation can generate sensory feedback to the brain ; a matter which ultimately allows us to consciously experience and process an emotion.

The theory of facial feedback has its antecedents in the theories of the late nineteenth century, which prioritize the role of muscle activation with the subjective experience of emotions .

These studies continue to this day, and have developed significantly since the 1960s, when affectivity theories became particularly relevant in the social and cognitive sciences.

In a compilation on the background of the theory of facial feedback, Rojas (2016) reports that in 1962, the American psychologist Silvan Tomkins proposed that sensory feedback carried out by the muscles of the face, and the sensations of the skin, can generate an experience or emotional state without the need for cognitive intercession. This represented the first major breakthrough in the theory of facial feedback.

Later, the theories of Tournages and Ellsworth were added in 1979, who spoke of the hypothesis of emotional modulation mediated by proprioception, which constitutes another of the great antecedents of the definition of this theory. From the same decade are also recognized the works made by Paul Ekman and Harrieh Oster on emotions and facial expressions.

Between the 80’s and 90’s many other researchers followed, who have conducted numerous experiments to test whether or not muscle movements can trigger particular affective experiences. We will develop below some of the most recent ones, as well as the theoretical updates they have derived from them.

The paradigm of the held pen

In 1988, Fritz Strack, Leonard L. Martin and Sabine Stepper conducted a study where they asked participants to watch a series of funny cartoons. Meanwhile, some of them were asked to hold a pen with their lips. The others were asked to do the same, but with their teeth.

The previous request had a reason: the facial posture that is made when having between the teeth a pen contracts the zygomatic major muscle, which we use to smile , which favors the smiling facial expression. On the contrary, the facial movement made with the pen between the lips contracts the orbicular muscle, which inhibits the muscular activity necessary to smile.

The conclusion was that facial expressions associated with some emotion can effectively transform the subjective experience of that emotion; even when people are not fully aware of the facial gestures they are making.

Is facial feedback inhibited when we are observed?

In 2016, almost three decades after Strack’s experiment, Martin and Stepper, psychologist and mathematician Eric-Jan Wagenmakers, together with his collaborators, replicated the sustained pen experiment.

To everyone’s surprise, they didn’t find enough evidence to support the effect of the facial feedback. In response, Fritz Strack explained that the Wagenmakers experiment had been conducted with a variable that was not present in the original study, which surely had affected and determined the new results.

This variable was a video camera that recorded the activity of each of the participants . According to Strack, the experience of feeling observed caused by the video camera would have significantly modified the effect of the facial feedback.

The effect of external observation on the affective experience

Faced with the previous controversy, Tom Noah,Yaacov Schul and Ruth Mayo (2018) replicated the study again, first using a camera and then omitting its use. As part of their conclusions they propose that, far from being exclusive, the studies by Strack and Wagenmakers are consistent with the theories that explain how feeling observed affects internal signals related to the most basic activity; in this case with facial feedback.

In their research they found that the effect of facial feedback is noticeable when there is no electronic device recording (so participants are not concerned about monitoring their activity).

Conversely, the effect diminishes when participants know they are being monitored by the video camera. The inhibition of the effect can be explained as follows: the experience of feeling observed generates the need to adjust to external expectations , for which internal information is not available or prepared.

Thus, Noah, Schul and Mayo (2018) concluded that the presence of the camera led the participants to adopt the position of a third perspective on the situation, and consequently, they generated less tuning to the facial feedback of their own muscles.