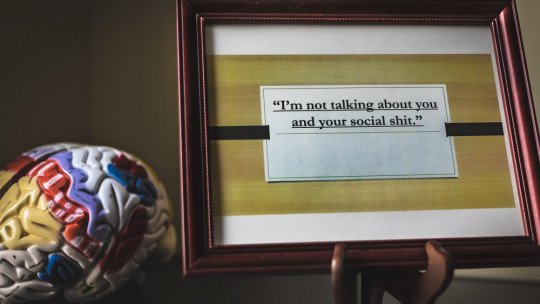 The Theory of Mind-Brain Identity is one of the areas of study of the philosophy of the mind, which is, in turn, the branch of philosophy in charge of investigating and reflecting on mental processes and their relationship with physical principles, especially those that take place in the brain.

These issues have been addressed through a variety of proposals. One of them maintains that mental states and their contents (beliefs, thought, meanings, sensations, intentions, etc.) are nothing more than neuronal processes, that is, the set of complex activities that take place in a specific physical-chemical organ: the brain.

This approach is known as physicalism, neurological monism, or the Theory of Mind-Brain Identity.

What does the Mind-Brain Identity Theory say?

The philosophy of the mind is in charge of studying and theorizing about the mind-brain relationship , a problem that has accompanied us for many centuries, but that has become especially acute since the second half of the twentieth century, when computer science, cognitive science and neuroscience began to be part of the same discussion.

This discussion was already the first precedent for what the American neurologist Eric Kandel would declare in the year 2000: whether the 20th century was the century of genetics; the 21st century is the century of neurosciences, or more specifically, the century of the biology of the mind.

However, the main exponents of the Theory of Mind-Brain Identity can be found in the 50’s: the British philosopher U.T. Place and the Austrian philosopher Herbert Feigl, among others. A little earlier, in the early 20th century, it was E.G. Boring who first used the term “identity theory” in relation to the mind-brain problem.

We could still go back a little bit, and find that some bases were conceived by philosophers and scientists like Leucippus, Hobbes, La Matiere or d’Holbach. The latter made a suggestion that would seem like a joke, but that, in reality, is quite close to the proposals of the Theory of the Mind-Brain Identity: just as the liver secretes bile, the brain secretes thought .

This theory denies the existence of subjective experiences with non-physical properties (which in philosophy of the mind are known as “qualia”), thus reducing psychic and intentional acts to the activity of neurons. This is why it is known as a physicalist theory or also as neurological monism.

One of the central arguments of the Theory of the Mind-Brain Identity is that only the physical laws of nature are the ones that allow explaining how the world is, including the human being and his cognitive processes (that’s why there are those who also call this theory “naturalism”).

From here, proposals with different nuances are derived. For example, that the mental processes are not phenomena with their own realities, but in any case they are accessory phenomena that accompany the main phenomenon (the physical one) without any type of influence on it. Mental processes and subjectivity would then be a set of epiphenomena .

If we go a little further, the next thing that is held up is that all the things that we call beliefs, intentions, desires, experiences, common sense, etc. are empty words that we have put to the complex processes that occur in the brain, because then the scientific community (and non-scientific as well) can understand itself better.

And in one of the most extreme poles, we can find as part of the Theory of the Mind-Brain Identity, the materialistic eliminativism, philosophical posture that even proposes to eliminate the conceptual apparatus with which we have explained the mind, and to replace it with the concepts of the neurosciences, so that it has greater scientific rigor.

Are we more than just a collection of neurons?

One of the criticisms of this philosophical position is that philosophical practice itself, as well as the construction of theories about the mind, could be denying themselves when they position themselves in physicalism or neurological monism, since, far from being rigorous theoretical and scientific reflections, the philosophy of the mind itself would be nothing more than a set of neuronal processes.

It has also been criticized for being a strongly reductionist position , which denies subjective experiences, which may not be enough to understand a large part of social and individual phenomena. Among other things, this would occur because on a practical level it is complicated to detach oneself from notions such as sensations, thoughts, freedom, common sense, etc. because these are notions that have effects in terms of how we perceive ourselves and relate to the idea that we have of ourselves, as well as of others.