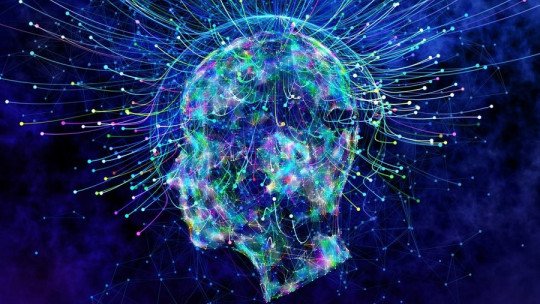 The human being is, by definition, an active being: we are continuously carrying out a great variety of behaviors in order to stay alive, adapt to the environment or develop in such a way that we can deal with the vicissitudes and needs that arise throughout our life cycle. We use the means at our disposal, both internally and those available in the environment, in order to act.

But… why do we act?. What moves us?. These apparently simple questions have led to the development of a great diversity of theories regarding what moves us to act. One of these theories, which in fact brings together a series of sub-theories in this respect, is the theory of self-determination . It is about this last one that we are going to talk about throughout this article.

The theory of self-determination: what does it tell us?

It is called the theory of self-determination, a macro-theory developed mainly by Decí and Ryan which aims to establish the extent to which human behaviour is influenced by different factors that affect our motivation to act , with special emphasis on the idea of self-determination or the ability to decide voluntarily what and how to do so as a fundamental explanatory element.

The main objective of the theory of self-determination is to understand human behaviour in such a way that this knowledge can be generalised to all situations that human beings of all cultures may encounter, and can affect any area, sphere or domain of life.

In this sense, this theory focuses on motivation as the main element to be analyzed , valuing the existence of a cumulus of energy generated by different human needs that later will acquire a direction or orientation towards the satisfaction of such needs.

It must be taken into account that in this sense the personality and the biological and autobiographical elements of the person in question are of great importance, as well as the context in which his/her behaviour moves and the concrete situation in which it takes place, being elements that influence each other and that affect the possible appearance of different types of motivation.

Self-determination would be the degree to which we ourselves voluntarily direct our behavior through increasingly internal forces, the motivation being more and more a matter of will and the desire to carry out the behavior itself rather than being mediated by environmental elements that make it necessary to carry out the action. We are active beings that tend to develop , grow and seek and integrate the perceived experience at the level of both external and internal elements, given that all this will allow us to have resources available now and in the future to satisfy our needs. It is important, therefore, what comes from the environment as well as what is innate and impulsive.

We are before a theory that integrates and starts from conceptions of different psychological paradigms, among which the behavioural and humanist ones stand out. On the one hand, a search for rigorous and scientific information is maintained, which explains the mechanisms by which we direct our behavior to the achievement of a motivating goal (in a similar way to the behavioral one) and on the other hand acquiring the vision of the human being as an active entity directed towards purposes and goals typical of humanist psychology.

Likewise, it should be taken into account that this theory has applicability in almost all areas, given that motivation is something necessary for the implementation of any type of activity: from academic training and work to leisure, including interpersonal relationships.

As mentioned above, the theory of self-determination can be identified as a macro-theory aimed at investigating the functioning of motivation in terms of determining one’s own behaviour. This implies that the theory itself is made up of a set of different interrelated sub-theories in order to work on the issue of motivation and self-determination. These sub-theories are mainly the five that follow.

One of the main theories that make up the theory of self-determination is that of basic psychological needs. These needs refer to psychic constructs that the human being needs to feel motivated towards behavior, leaving aside the merely physiological components (such as the need to eat or drink). The different studies carried out within this approach have determined the existence of at least three types of basic psychological needs that explain human behaviour : the need for autonomy, the need for self-competence and the need for bonding or relationship.

The first of these, autonomy, refers to the need of human beings (and other beings) to know or consider themselves as beings capable of influencing their own lives or reality through their behaviour. This need implies that the subject sees his actions as something that has a real and palpable effect, that is capable of exercising his will with a certain control over what he does and what it entails: it is more than anything the need to feel free to choose. It is fundamental in the emergence of a personal identity , and in the cases in which it is not fully developed, behaviours of passivity and dependence may appear, as well as feelings of uselessness and hopelessness.

The need to perceive one’s own competence is basically linked to the previous one, in the sense that it is based on the ability to control what happens based on one’s own actions, but in this case it is centred on the belief that we have sufficient resources to carry out a conduct. It is the belief that we are capable and the feeling of being skilful , that the action we have chosen to carry out autonomously will be able to be carried out thanks to our ability and have a certain impact on what happens.

Finally, the need for relationship or bonding is a constant in gregarious beings such as human beings: we need to feel part of a group, with which to interact in a positive way and establish relationships of mutual support.

Another fundamental element of the theory of self-determination is that of the theory of causal orientations, in which it is intended to elucidate what moves us or in what direction we direct our efforts. In this sense, the theory establishes the existence of three major types of motivation: intrinsic or autonomous, extrinsic or controlled and impersonal or unmotivated.

In the case of intrinsic or autonomous motivation, this represents that force that motivates us in such a way that the action comes from internal forces , carrying out the behaviour due to the very pleasure it implies. It starts from a moment in which all the basic needs mentioned above are well resolved, a moment in which we act solely on the basis of our will and choice. This is the type of motivation that implies a greater degree of self-determination and that is more linked to psychic well-being.

Extrinsic motivation, on the other hand, arises from a lack of satisfaction of some of the psychic or physiological needs which are intended to be supplied by the performance of the behaviour. We are before a performance that is carried out because it will allow or facilitate a reduction of a state of lack. Generally the behaviour is considered to be controlled in order to satisfy the need . Although there is a certain amount of self-determination, it is present to a lesser degree than in intrinsic motivation.

Finally, impersonal motivation or de-motivation is that which derives from the feeling of lack of competence and autonomy: we believe that our acts do not predict possible changes and do not have an effect on reality, not being able to control what happens to us or reality. All needs have been frustrated, something that leads to hopelessness and lack of motivation.

The third of the sub-theories that make up the theory of self-determination, in this case it is worked from the premise that the existence of innate and proper interests of the human being, receiving the events that occur in the environment (whether external or internal) a different assessment at a cognitive level and generating different degrees of motivation.

This involves the subject’s life experience, as well as the history of learning with respect to the consequences and effects of his or her actions on the environment. These interests are analysed in order to explain the differences in the levels of intrinsic motivation , but also how it affects the extrinsic one or which aspects or phenomena favour a decrease in motivation. This interest is also derived from the perception of how the interaction with the world allows or does not allow the achievement of basic needs.

In conclusion, we can determine that the theory of cognitive assessment establishes that the main elements that predict our interest in different aspects of reality are the sensation and attribution of control that we perform, the perceived competence, the orientation of motivation (whether it is to achieve something or not) and the situation or external factors.

The theory of organic integration is a proposal that seeks to analyze the degree and the way in which there are different types of extrinsic motivation, depending on the degree of internalization or assimilation of the regulation of one’s own behavior .

This internalization, whose development will gradually generate the capacity for motivation to cease to depend on external elements and for intrinsic motivation to be born, will emerge throughout the development of the self on the basis of the acquisition of values and social norms. In this sense, four major types of extrinsic motivation can be distinguished, depending on what type of behaviour regulation is carried out.

In the first place we have the external regulation , in which we act to obtain a reward or to avoid a damage or punishment being the conduct totally directed and controlled by the outside.

With a slightly more internalised regulation, extrinsic motivation for introjected regulation occurs when, despite the fact that the behaviour is still carried out to obtain rewards or avoid punishment, the administration or evasion of these rewards occurs at an internal level, not depending on what is carried out by external agents.

Behind it we can find the extrinsic motivation by regulation identified , in which the activities carried out begin to be given their own value (despite the fact that they are still carried out by search/avoidance of prizes/punishments).

The fourth and last one, very close to the intrinsic regulation of the motivation of the same name but which, in spite of this, continues to be governed by external elements, is the extrinsic motivation that arises from integrated regulation. In this case, the behaviour is seen as positive and favourable for the person in itself and without valuing prizes or punishments, but it is still not done because it generates enjoyment in itself.

Finally, and although different authors do not incorporate it into the theory of self-determination, other of the most relevant theories that have an impact on it is the theory of the content of goals. In this sense, as in motivation, we find intrinsic and extrinsic goals. The former are based on the search for psychological well-being and personal development , consisting mainly of goals for personal growth, affiliation, health and contribution to the community or generativity.

As far as the extrinsic ones are concerned, these are the goals that are proper and aimed at obtaining something from the outside of the person and being dependent on the environment: mainly we find ourselves with needs of appearance, economic/financial success and fame/social consideration. Now, the fact that a goal is intrinsic or extrinsic does not imply that the motivation that leads us to it is necessarily the one that shares its adjective: it is possible to have intrinsic motivation to obtain extrinsic goals or vice versa.