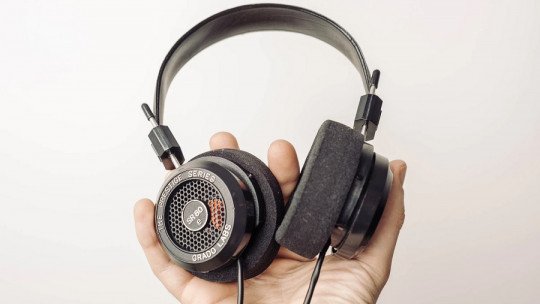 The concept of threshold has been (and is) widely studied in Psychophysics, the branch of psychology that seeks to establish the relationship between physical stimulus and perception. The threshold, in broad terms, is understood to be the minimum amount of signal that must be present in order to be recorded.

Here we will know the theory of signal detection , or also called response threshold theory, a proposal that seeks to know when a subject is capable of detecting a signal or stimulus.

Fechner was a researcher who considered the threshold to be an almost constant point , above which stimulus differences were detectable and below which they could not be detected. According to him, the threshold was a kind of neural barrier.

Thus, Fechner characterized the pereptive experience as something discontinuous , and affirmed that the consciousness of a stimulus or the changes that are produced in it is acquired through a sudden jump that goes from not overcoming the barrier to overcoming it (thus establishing the law of all or nothing).

After Fechner, other researchers supported the idea that the switch to detection or discrimination of a stimulus takes place through a smooth and slow transition, i.e., they considered detection continuity (subjects appreciate continuous changes in stimulation).

Currently many authors are of the opinion that the idea of an absolute measure of sensitivity to be called threshold is not valid . Thus, different procedures have been proposed to study the detectability of stimuli that avoid the concept of threshold. The most important theory is the theory of signal detection (TDS).

The experimental procedure consists of the observer (examined subject) having to respond by indicating whether during the observation interval, the signal (auditory stimulus) was present or not (if he heard it). That is, to detect it when it appears.

The subject’s task, therefore, will no longer be to classify the stimuli above or below the threshold (as in previous models), but this will basically consist of a decision process . Thus, according to the theory of signal detection, the response of a subject to a stimulus goes through two phases: the first is sensory (more objective) and the second is decisional (more cognitive).

The subject must decide whether the magnitude of the sensation caused by a stimulus of a certain intensity, is sufficient to lean in favour of detecting its presence (positive response, detection) or not detecting it (negative response, absence).

Through the theory of signal detection an experimental paradigm was developed with two types of auditory stimuli that could be presented to the individual tested :

This is composed of two elements: noise + signal. This means that the auditory stimulus (signal) is superimposed on the (distracting) noise .

This is the same environment that accompanies the signal, but without it (without the auditory stimulus). That is, the distractor appears alone .

The answers of the observed subjects generate a matrix of possible answers with 4 possibilities. Let’s divide them into hits and errors:

Are the correct answers given by the subject in the experimental paradigm:

This is a correct decision, and consists of correctly detecting the S-stimulus (noise + signal).

This is a hit, a failure to detect correctly; the subject rejects the appearance of the signal because, in effect, it has not appeared (stimulus N: noise).

Are the incorrect answers given by the subject in the experimental paradigm:

This is an error, and consists of answering that the signal has been heard when in fact it has not appeared , since it was the N (noise) stimulus.

This is also an error; consists of an omission (failed detection), as the subject does not respond when the signal appears (in stimulus S: rudio + signal).

Graphical representation of the results

The representation of the results in the theory of signal detection is translated into a curve called the COR (which detects the sensitivity and detectability of the person. Two elements are shown in the graph:

The types of subjects that can be observed in the results of the theory of signal detection, as we have seen, are two:

On the one hand, conservative subjects do not take risks and respond less (that is why they make more errors of omission, that is, they do not respond to the signal).

Liberal subjects, on the other hand, have more false alarm errors (they respond that they have heard the signal almost always) and have fewer omissions (for the same reason as above.)

The theory of signal detection questions the validity of the concept of threshold understood as “neural barrier” . Furthermore, it uses a single intensity of the stimulus and does not vary, as was the case with other previous psychophysical methods.

On the other hand, in each trial of the experimental paradigm, the subject can only answer YES or NO (dichotomous response).

Finally, the theory establishes that, in addition to sensitivity (concept of classical psychophysics), the response decision criterion also influences the individual’s response (conservative vs. liberal).