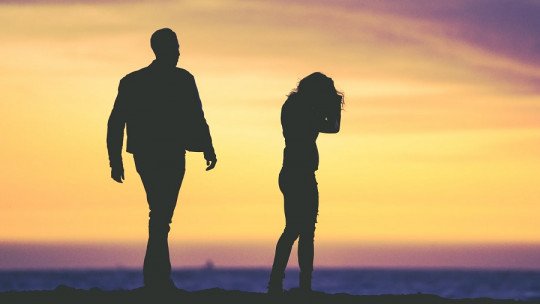 The emergence of a relationship external to the couple, which we identify as infidelity, is usually associated with an accumulation of reactions and suffering in the various actors present in the conflict.

Nowadays, in our society there has been a tendency to trivialize the concept of infidelity: nothing lasts, everything revolves around “programmed obsolescence”, the light and circumstantial.

However, despite the freedom to continue or not in a relationship, we continue to look for the ideal partner, who will last forever and in whom we can trust at all times. What can you do, in therapy, in case of infidelity?

What we call infidelity

Despite the fact that, traditionally, we have placed the label of infidelity in those external relationships that involve sex, what would really identify it is the concept of betrayal, concealment and violation of the pacts foreseen in the couple . For example, Hall and Fincham (2006) talk about infidelity as “a sexual, romantic or emotional relationship that violates the exclusive commitment to the couple’s relationship”.

However, for someone to break the commitment we are talking about, a process of emotional or psychological separation has had to take place beforehand . The concealment of dissatisfaction or emotional discomfort, which has to do with the very experience of the unfaithful person and which is not necessarily attributable to the couple’s relationship.

Infidelity means lying to the official member and also, very often, to the third person in the triangle, because what is most difficult is to give up “everything”.

Fear of loneliness, rejection, emptiness … give rise to a behaviour of denial and consummate lies that disorient the couple and allow them to continue to avoid conflict.

When a couple comes to therapy with open conflict over an issue of infidelity, it is not uncommon to see the unfaithful member pose a deterioration or unfathomable crisis in the relationship as the cause of their behavior. That is to say, it justifies its concealment, possibly discovered by the couple recently, and legitimizes it by the suffering inherent in the incommunication, incomprehension or progressive dissociation .

However, it is completely inconsistent to blame the victim of infidelity for the infidelity.

The implications of infidelity are as follows:

Fidelity is about trust, not sexuality . With commitment, with loyalty, with constancy and with coherence. And, fundamentally, with the given word.

What is being considered, really, is an unequal relationship where the lover adapts to what the unfaithful person can offer, accepting the lie on which he or she is embarking and, on the other hand, the official-victim couple cannot decide anything by not knowing the situation (at the expense of any possible decision, at any time, of the unfaithful couple).

Consequences of Infidelity on People

These are the different ways in which infidelity affects the people involved psychologically .

The inhibition (both in decision making and in action) of the unfaithful person leads to the tremendous personal dissatisfaction of someone who does not dare to confront the conflict or internal insecurity. He or she will be less and less able to cope with the various situations that make him or her unhappy.

In many cases, we find ourselves with an avoidant person (with an insecure avoidant attachment, which Bowlby talked about, typical of people who disconnect from their negative emotions, do not recognize their distress, do not ask for help). It alienates, it dissociates. In his eagerness to keep all the advantages for himself, to keep the system in an unaltered structure… he lies, manipulates, misinforms , etc.

We meet someone who, possibly, in his escape from the existential void, seeks in infidelity the excitement that allows him not to feel the anguish or the increase of a vital depression.

If, finally, he loses both the official partner and the lover, he may end up in that depression he avoided so much. And he will be victimized by the variation of a status quo that brought considerable emotional advantage.

The lover becomes an accomplice to the lie . Despite the precariousness of his situation, he accepts to hide the established bond. Dissociation appears, cognitive distortion, envy, vanity… the lack of empathy with the deceived victim… In addition, the victimizing arguments of the unfaithful person are believed, blaming the official partner for the vital and conjugal discomfort.

Moreover, she has no official recognition, she lives in the shadow… condemned to loneliness and to the impossibility of living a complete relationship . She is also a person who is deceived and forced to live in an evasive and asymmetric relationship.

There is an emotional distance that causes much suffering and the presence of constant doubt before a promise that is never realized .

When the official couple discovers the infidelity, they see how everything they had insured is suddenly swept away . We are faced with the typical effects of post-traumatic stress, which paralyse the subject’s life in a profound way: sleep disturbances, high irritability, hypervigilance, nervous reactions, frights…

The deceived person’s ruminations about what has happened even interfere with his daily functioning. The trauma prevents it from being difficult to trust anyone again for the time being, and fear of vital experimentation appears.

Violent behaviour against the partner or the other person may appear , or the search for immediate separation, seeking to avoid the suffering resulting from disloyalty. An obsessive reaction may also appear to find security that the external relationship is over: obsessive questions about what has happened and/or aggressive communication. We are in the middle of a mourning process: rage, anxiety, depression…

When the decision is made to maintain the official relationship

How to cope with reconstruction

In spite of the anger, the disappointment, the suffering… many couples, victims of infidelity, try to give themselves the opportunity to continue together . For this reason, assistance in couples therapy can help to build a working structure that allows to strengthen what is still standing. It is maintained that it is possible to recover the relationship, unless one of the two members is unwilling and therefore will not cooperate, or the damage suffered is so great that the victim cannot sustain it.

However, regardless of the assistance of a therapist, mediator, qualified professional, or personal work… couples have to handle a series of points from which to begin to rise from the collapse.

First of all, extramarital affairs are not a consequence of problems in the couple, but infidelity deteriorates the relationship. We cannot justify disloyalty by the problems present in the relationship . At any time, the person could have raised the issue with their partner, asked for help, or separated. Furthermore, it is not justified that the usual contact with the lover persists.

Secondly, the unfaithful person has to know that his partner’s reactions are a consequence of the disloyal and deceptive behaviour he maintained with her. The victim’s behaviour does not correspond to rare reactions, they are understandable and can extend over time.

The emotions felt by the betrayed derive from the damage done to the bond (this bond is similar to that of children with parents, the safe base from which to explore the world). The security has been lost, the betrayed person believes that he or she can no longer expect anything solid from the relationship: if the person he or she trusted the most has hurt him or her… the feeling is that he or she may be in danger with anyone else. The unfaithful person has to know that he or she has caused his or her partner a trauma, not pathological reactions.

Furthermore, it is essential that the disloyal person tells and narrates (it is not a question of explaining or justifying what happened). The victim needs to understand : a coherent narrative that makes sense, that fits. It is not possible to keep lying, neither in the details nor in the facts. Continuing to hide causes even more damage: the couple cannot heal their suffering.

Thus, the unfaithful person must tell the real story: what made him/her get involved in the adventure will prevent other possible adventures. The victim needs to have powerful reasons to think that it will not happen again; he or she wants to know details of the affair. The more people know about themselves, the more confidence can be rebuilt through increased credibility . Counting includes the way you had to hide and the people involved, that is… the strategies you developed to live the experience in an underhanded way.

On the other hand, the victim will have to prepare to listen to the other , emotional deactivation is necessary. Understanding your anger will allow you to discourage a reaction that can be dangerous.

Finally, you have to prevent both of them from hurting each other, by setting limits and giving guidelines to regulate the behaviour between them :

The betrayed person will have to accept the suffering in order to prevent the destructive emotional escalation. Being open to feel the emotions, without defending oneself against them, will allow him/her to continue with what matters.

If they end up separating, it is important to close the stage before moving on to the next one : breaking up to run away from the conflict or to leave with the lover usually doesn’t work out well (people take the problems to the next relationship).

In addition, it is necessary to make pacts :

The work, in the end, is based on truth, on the resolution of ambivalence, on the reparation of the damage , on the management of the symptoms and on building a new relationship. It is the unfaithful person who has to repair the links that have been damaged; he or she is best placed to do so. But it will depend on the following variables to achieve a greater speed of improvement and success in rebuilding the couple:

The strategies of avoiding talking and refusing to answer on the part of the unfaithful person indicate a limited commitment to rebuilding the couple. The non-admission of the seriousness of what has happened shows the refusal to assume responsibility for the acts carried out . Talking is difficult but completely necessary, just as it is necessary to evolve from hostility and harm to a cordial environment, and favourable to exchange, on the part of the victim.

Finally, Sternberg suggests that love is based on commitment, passion and intimacy.