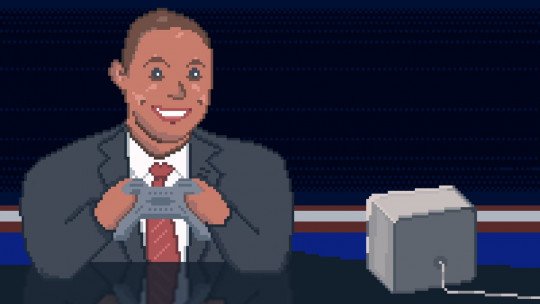 Video games and the time spent playing them is a major concern for parents of children and adolescents today.

There is a real increase in the consumption of video games both in Spain and around the world, which is generating a powerful stressor in parents (and adults in general) because of society’s stigmatization of this type of leisure offer.

Furthermore, with the rise of the video game sector and the great popularity that the electronic sports or “e-Sports” branch is acquiring, criticism of this sector is becoming harsher and in some cases more radical. This produces a strong alarm in parents who are worried about their children’s hobby , which will make them pay greater attention to information that fits in well with their prejudices, the fruit of the fear of possible harm to their children.

The main alarm factor for these parents may be the addiction factor. Usually, video game fans spend a lot of their free time playing video games, which creates a strong feeling of disapproval from their parents, and they are often accused of being video game addicts.

It is true that video games can be an addiction, but in the same way, the hobby of cultivating the body in the gym can also be an addiction, to give an example . The truth is that the human being has the power to be addicted to many types of hobbies and here, the turning point is set by education, the way in which the desire to play is self-regulated.

In order to shed light on the issue of video games and try to allay fears, we would like to cite the results of an interesting study carried out by Estalló, Masferrer and Aguirre in 2001 in which they conducted a thorough investigation with 321 subjects aged between 13 and 33. In this study, they compared personality characteristics, behaviour in daily life and some cognitive variables between two samples, one of which showed a continuous, habitual and abundant use of video games, while the other sample showed a total absence of video game use.

Despite being arguments widely used to disapprove of the use of video games, the results of this study clearly showed that the continued and regular use of video games does not imply any relevant change with respect to those who do not use them, in aspects such as school adaptation, academic performance, family climate and adaptation, consumption of toxic substances, physical problems such as obesity or headaches, child psychological history or social activities.

Likewise, in variables of a clinical nature such as personality patterns, aggressiveness, assertiveness or clinical symptoms and syndromes, no significant differences were evident in relation to the group of non-players either (Estalló, Masferrer& Aguirre, 2001).

The benefits of playing video games

Not only are video games not the villains that the media sometimes sell us, but they also bring cognitive benefits

As we have seen in one of many examples, the empirical evidence shows that the continued and habitual use of video games does not represent a real threat to young people.

In addition to not reaching alarming conclusions, research on health and video games shows that they are a powerful modern tool that can produce benefits in areas such as cognition, emotions, motivation and social behaviour.

In 2014, Granic, Lobel and Rutger conducted a major review for the APA (American Psychologist Association) of the existing literature in reference to studies demonstrating the benefits of video games for young people, especially in the areas mentioned above. Since an analysis of each of the areas goes beyond the objectives of this article, we will only name some benefits of each one, leaving these analyses for later publications .

In terms of cognition, the benefits are very broad as they promote a wide range of cognitive skills . Especially relevant in this area are the themed video games shooter as they require a high level of attention and concentration, considerably enhancing spatial resolution in visual processing, mental skill rotation and attention (Green & Babelier, 2012).

In the area of motivation, video games play an important role since a large number of them maintain a very precise “effort-reward” setting which allows young people to be able to develop their skills through effort and be rewarded in a fair and appealing way, thus generating behaviours in favour of a malleable and empowering intelligence and not as a stable and predefined intelligence (Blackwell, Trzesniewski, &Dweck, 2007).

Regarding the emotional benefits, there are studies that suggest that some of the most intensely positive emotional experiences are associated with the context of video games (McGonigal, 2011) and given the great importance of experiencing positive emotions on a daily basis, the benefits generated from this premise are very important.

Video games are not enemies, but allies

The conclusion of this whole review on video games dedicated to parents should be the acceptance by them of video games as a powerful ally in the education and growth of their children , combining them with the discipline and responsibility that we demand from them but on which their promotion depends.

In this way we could see the benefits that video games can generate or, at least, warn that all those theories that accuse them are unfounded and the result of misinformation. Video games are not to blame for the problems associated with youth.