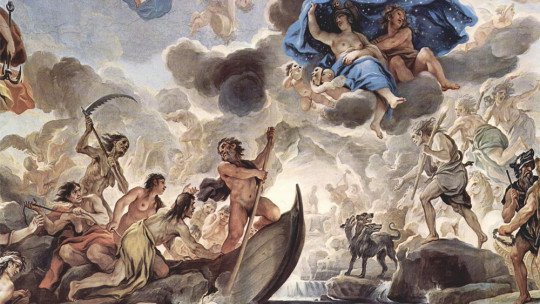 The idea that there is something unconscious in our mind that totally influences how we think, feel and act has seduced hundreds of thousands of people since Sigmund Freud published his first books on psychoanalysis. However, since the stream of psychology inherited from Freud is based very much on metaphysics, much has been hypothesized about what the structure of that unconscious structure of the human psyche is.

One of the best known explanations for this is that of Carl Jung, one of the first followers of the father of psychoanalysis who, however, ended up departing radically from his master’s theories. Next we will see what the different types of unconscious consisted of according to Carl Jung .

The current of psychology initiated by Sigmund Freud, based on his beginnings in psychoanalysis, is famous for putting a lot of emphasis on a concept called “the unconscious”. This unconscious refers to that aspect of the human mind that is kept away from the light bulbs of consciousness and which, consequently, we find difficult to take into account or even try to modify or anticipate.

However, that unconscious mind to which Freud’s disciples referred is not just any kind of unconscious (for example, it has nothing to do with the way in which current psychology and neurosciences understand non-consciousness), but starts from a very determined way of understanding the psyche, deeply based on metaphysics and the analysis of symbols in search of a hidden meaning.

Thus, the descendants of psychoanalysis understand this concept as a set of entities that fight against the forces of the conscious psyche in order to become manifest and come to light. And the symbols and symbolic plasmations of thoughts, sensations and memories have a great protagonism: hence, for example, the emphasis that Freud came to put on the analysis of dreams and the result of free association.

Beyond an individual phenomenon

Carl Jung rejected many of Freud’s ideas, but at heart he used a conception of the mind that, at its most basic, resembled that of the creator of psychoanalysis. He also believed in the need to look for symbols and signs of hidden meaning, although with a difference; if psychoanalysts understood that the unconscious was fundamentally confined to individuals, Jung proposed the opposite: that the unconscious is basically a collective phenomenon, like the history of humanity .

How did you come to that conclusion? Through the study of symbols and religions. As he learned about the different myths and ways of understanding the world from different cultures on the planet, Jung realized that many of these mythical elements had many characteristics in common: symbols, themes and structures of development of mythical stories .

However, the conclusions reached were not limited to the simple recognition of very similar aspects in different cultural elements in practically all societies, regardless of their degree of isolation from the rest. Furthermore, Carl Jung defended the idea that these essential elements that can be found in all the mythical stories of the world are manifested in the dreams of patients with schizophrenia .

From there, this Swiss researcher proposed an idea that, according to him, allowed to answer the question of how these common symbolic elements can appear in all kinds of people, independently of where they live and if they have known other cultures or not. There were two types of unconscious: an individual one, and a collective one .

Carl Jung and the types of unconscious he proposed

The most characteristic idea of Carl Jung’s work in comparison to other references of the psychodynamic current is that for him the psyche of a person is not only a product of his personal individual experiences added to his biological propensities also individual, but that fundamentally it works from elements that go beyond the individual.

This emphasis on the collective does not refer to how others influence the person’s behavior when interacting with them; it goes much further. In fact, this “transpersonal” psychological factor has more to do with human history, that is, what has happened before that particular individual is born.It is a part of the psyche that existed before the individual psyche had the chance to come into existence: hence for Jung symbols, myths and religion were so important when it came to understanding people’s minds: they are products of the evolution of humanity as a whole.

So, the types of unconscious according to Jung are as follows.

It has to do with all the repressed and hidden aspects that have arisen from the interaction between the person and his environment (including the people he comes into contact with). For example, if someone’s mother punished him very harshly during his childhood, it leaves a mark on his unconscious.

The collective unconscious is the kind of unconscious that Carl Jung emphasizes the most. It contains historical and collective elements that modulate the way human beings think, feel and act. Specifically, it includes inheritable and socially constructed psychological structures called archetypes .

All of Carl Jung’s work has been highly criticized both by members of the psychodynamic movement and by psychologists and philosophers of science who do not consider themselves Freud’s heirs. The latter, in particular, point out how unreliable it is to rely on ‘one’s own interpretation to analyse people’s behaviour; after all, there is no objectively valid way of interpreting symbols.

In any case, the types of unconscious proposed by Carl Jung have had a great influence on the humanities and have been reflected in many art forms, so it is interesting to know them