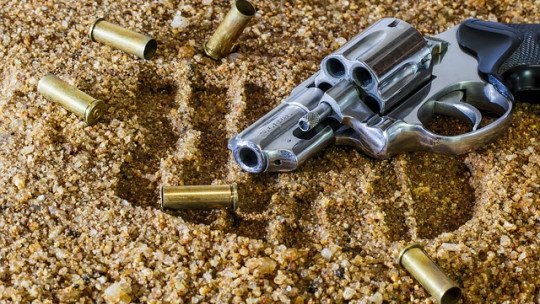 Every time there is a terrorist attack everyone asks the same question: “How were they able to do something like that?” Is it necessary to have some kind of psychopathology to perform this kind of act? What is the profile of these people? How is someone capable of losing his life for an ideal?

The apparent irrationality of the terrorists is what most confuses the victims, who are unable to find logical explanations for their actions.

To begin with, it is important to know that there is no actual mental disorder for these people from the point of view of clinical psychology. They are not psychopaths. Therefore, in the legal sense, they are persons who are completely legally imputable. They are aware of their acts, both in terms of responsibility and in terms of the capacity to govern their will. However, some psychologists speak of social or political pathology . They often lack feelings of guilt due to their beliefs. They are considered martyrs. In them, there is dichotomous thinking , that is, “either you are with me or you are against me”.

His ability to kill or lose his own life may be due to historical or ideological background, promises of ascension to paradise, social ratification or simply welfare for him and/or his family. The terrorist’s intention goes far beyond simple multiple killing. His goal includes provoking the psychological effect of chaos, producing defenselessness, despair, terror , fear, insecurity. The terrorist believes he has a purpose, he may even come to be considered as a saviour of society. The typical profile of the terrorist

The profile is usually a young boy, between 20 and 35 years old . The difficulties of social adaptation of these generations can favour these challenging acts that go so far as to give one’s life for values, without this being a psychiatric disorder in itself. They are usually the children of immigrants who now live in the West, but who have not managed to adapt (or have not been allowed to) to the Western system.

They’re no different from us. In fact, human beings in extreme situations are capable of performing these types of activities with absolute normality. An example? The World Wars or the Spanish Civil War. Not to mention social and political situations like the Nazi Holocaust.In these situations you could kill your neighbour simply because you are on the other side. This is where the concept of social categorization appears, where the fact of categorization turns us into “us” and “them”.

As for the group, there are group pressures and group perceptual distortions. There is an over-generalization, in which everything revolves around their beliefs and thoughts . Their ideology can come to dominate what they do and what they think. They consider their group superior and the need to deserve control and power. They feel their group status, have moral, religious or nationalistic ties.

They suffer a slow process of disconnection from reality, as well as a loss of empathy with their victims . They have strong feelings of belonging and group cohesion. They are individuals who do not act in an isolated and individual way. Within the group, the personal needs that society has not provided them with are satisfied. They provide them with values, motivations, and even hope. As well as the possibility of playing a role in group actions. All this can even lead to the recognition and prestige they have never had, becoming an existential motivation and a search for group acceptance.

The group covers their communication needs, if they are to be heard. So that they end up creating shared ideas in the group and therefore strengthening the cohesion of the members. This implies a greater group identification, greater obedience, because of the need to continue belonging to the group and even the possibility of carrying out some type of behaviour that produces visible results within society to show their commitment to “theirs”.

Fanaticism and the psychological factors that trigger it

What in psychology is called “tunnel vision” can appear at times of maximum pressure, that is, in a situation of danger or great activity, along with physical and mental pressure, the vision is simply focused on some common object or danger that is presented (in this case would be Western society). Hierarchies, discipline or respect for authority are some of the group rules that are established. The same group pressure demands the absence of doubts and criticism.

The subject sometimes considers himself a victim of the system, showing severe identity problems . Many are born in the West, where they do not feel integrated. They do not feel either on one side or the other. This, together with the social networks, favours the recruitment of young people who need to obtain an identity, a future, a meaning in their lives.

Are you fanatics? They might be. We Westerners are, too. We also bomb their cities without any problem, just because we are “them” and not “us”. This is not to be confused with brainwashing. The simple feeling of belonging can provoke a radicalization of the subjects, a great basic example is the radicals of the football teams.

In short, the suicide bomber is made, not born .