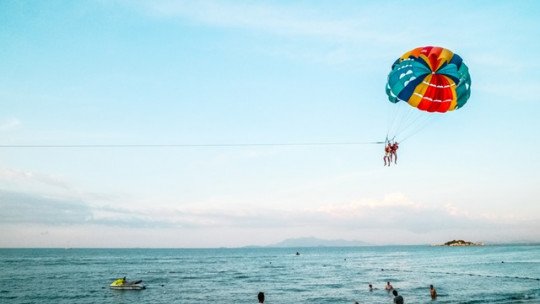 How many times have you abandoned an activity that generated good results but involved effort and discipline, and moreover, how many times have you thought about starting some positive project that you finally never carried out? I don’t know about you, but I’m missing fingers to count them.

Procrastination and cognitive laziness are inherent to people as they allow us to save a lot of energy, however, when trying to achieve the goals we want in our lives are two major barriers to overcome.

Achieving the goals we set ourselves: how do we do it?

Psychology studies motivation as the psychological process that links our behavior to our goals. However, this process has the great disadvantage of being temporary.

You may be interested in: “Types of motivation: the 8 motivational sources”

We would all like the motivation that comes from watching films like Invictus, Gladiator or the famous TED talks; to remain in our daily lives to achieve the goals we set, although experience tells us that in a matter of hours we return to the baseline of connecting to social networks and lying on the couch.

The implementation of intentions

According to Fishbein and Azjen’s Theory of Planned Behavior , the relationship between intentions and behavior is 26%; now you know the reason for your failed attempts. This low correlation shows that intentions are not enough and that we have to find a system that continuously disposes us to our objectives.

The New York psychologist Peter Gollwitzer realized how often people encounter problems in transforming their intentions into actions and created the concept of implementation of intentions .

According to this theory, defining a behavioral goal in response to a specific future event significantly increases the passage to the act. Therefore, the best strategy to carry out all the projects we want to undertake, even if they cost work, consists of defining in advance the situations of our daily life in which we will act in a certain way to achieve our objectives . The formula for maintaining motivation

This action formula is known as “if-then” planning and one of its determining phases consists of creating all those “If X, then Y” situations. Let’s look at some examples:

If our goal is to get in shape we will consider:

If our goal is to find a partner:

It is necessary to emphasize that these rules are established as universal laws of conduct so that every time that situation arises, we will obligatorily act in the indicated way.

Why is this theory effective?

The effectiveness of this technique lies in the fact that the formula “If X, then Y” is the code that the brain understands best and, above all, takes into account that motivation is temporary , so we impose a rational system based on situations-behavior that will be imposed when laziness assails us.

In addition, much research indicates that “if-then” planning increases team performance by emphasizing group focus and prompting members to carry out key actions in a timely manner according to Heidi Grant of the Columbia Business School.

The fundamental idea is that the variable that mediates between intention and action does not reside in the temporal motivation, but in the decision. Therefore, l he decisions on how to act are shown as the mediating variables of the actions that will lead us to our most desired goals .

You already know that the most effective way to start training, get the best score in exams, work more efficiently or whatever your ambitions are; is not to watch motivational videos or overcoming movies, but to locate the situations that happen to you daily (“If”), plan the most effective actions to achieve your goals (“then”), implement them and consider them as rules of the game to get the best result.