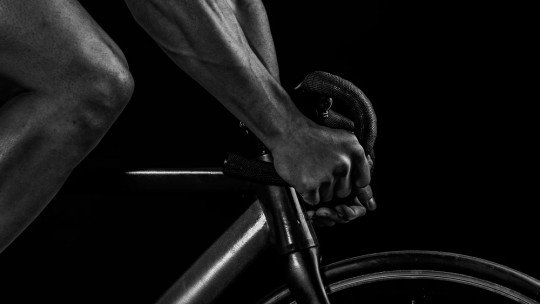 Today, it is clear to anyone how important psychological variables are in performance and sporting experience . That a team considered “small” eliminates a “big” team by winning the play-off at the latter’s home is difficult to explain from a technical or physical point of view. That a team goes from flirting with relegation to winning the League, Cup and reaching two Champions League finals cannot be explained if we do not refer to some concept taken from psychology.

Nerves, motivation, pressure, companionship… are elements that can decide a result, and all of them are susceptible to be optimized after a mental training. One of the most important is which is based on concentration routines .

What is concentration in sports?

Concentration is the psychological variable that implies the ability to maintain attention on a particular stimulus . In sport, it is of vital importance to make all our skills and knowledge available to us at the right time. This is what we colloquially call “being plugged in”.

There are several ways to train this variable. The main thing is to create artificial situations that may require putting it into practice during training , since psychological variables are like a muscle, the more we use them the more we will develop them (and if we stop using them, they will reduce their performance).

There are multiple dynamics to exercise attention, but the most basic is the classic game of the handkerchief (each participant has a number assigned and has to run for a handkerchief when a moderator sings that number, competing with the participant with the same number from the opposite team). The tenths of a second that we take to recognize our number can make the difference between getting the point for our team or not, similar to the tenths that we take to observe where there is an unmarked teammate in a match. The session can be adapted to the sport in question by replacing the handkerchief with a football, basketball, etc.

The dynamics can be sophisticated with the only limit of the imagination of each one, for example, dividing the field in three parts and putting different rules in each third of the field (only play the first touch in the first, do not give the ball back to the person who passed it to me in the second, etc.). In this way we train the muscle of concentration, putting it ready for when we need it to its maximum potential in the matches .

However, in addition to training concentration, there are strategies aimed at invoking it in the moments of greatest need (taking a free kick, penalty, service…), due to the importance of the situation or its vulnerability to distracting elements.

For this purpose there are so-called concentration routines. These routines consist of a sequence of two or more simple behavioural gestures , the last of which leads to that state of concentration (e.g. putting on the left half, putting on the right half, bouncing the ball and shooting in a free kick).

The underlying function is that of the association of stimuli, and therefore it is important to stress the importance of the systemic nature of the training of these routines , since, in training, it is the athlete himself who provokes this state of concentration after the sequence and after many trials, the sequence will end up being associated with that state, being able to use it at the times when it is most difficult for us to concentrate voluntarily during the competition, in a similar way to when a smell reminds us of a person or the song we have on our alarm clock ends up causing us rejection by itself if we hear it at any time of the day. The most famous examples of routines in elite sport would be those of the tennis player Rafa Nadal, before serving, or the footballer Cristiano Ronaldo, before throwing the faults.

It should be noted that a routine does not have to be a visible behavior, but can consist of a thought or phrase of self-dialogue.

The ability to focus our attention on each moment of the game can be a variable that makes a difference, and the dynamics or training routines in sports psychology are a resource that can mean the added value between our team and rivals.