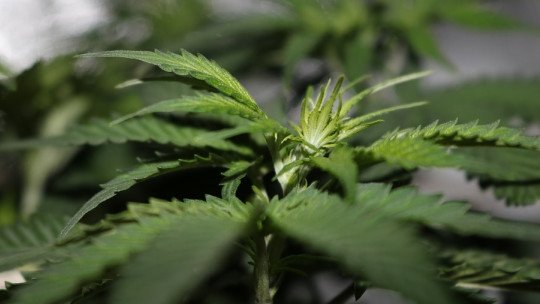 Cannabis, both in its marijuana form and in other forms , is a psychoactive substance whose effects generate great controversy at the social level. In addition to being one of the most widely used drugs among young people, it poses a health risk by increasing the risk of psychotic break, lung problems and even some types of cancer. It also decreases impulse control and in the long term causes reductions in the frontal lobe.

However, it has been found that its mechanisms of action can be very helpful in alleviating the symptoms of some diseases and disorders, such as Parkinson’s. A recent study reveals that marijuana use may have beneficial effects on Tourette syndrome .

Marijuana is one of several presentations given to cannabis, resulting from the chopping and crushing of the leaves and stem of the plant in question. Both marijuana and cannabis in general are psychoactive substances known and used since ancient times, having initially a stimulating effect to generate states of relaxation, anaesthesia and analgesia. It also causes an increase in hunger and in some cases alters perceptions.

Although it is currently mainly used recreationally, cannabis can have medicinal uses that can contribute to improving symptoms and reducing pain from different diseases and disorders. Despite this, its use should be regulated since it can generate different health problems and have both short and long term effects.

Some of the cases in which cannabis is used medically are for example the reduction of pain and discomfort in cases of tumors and the effect of chemotherapy , some types of epilepsy or the one discussed in this article, Tourette’s syndrome.

Tourette syndrome is a neuropsychological disorder that begins in childhood and is included in tic disorders. It is characterized by the appearance of intermittent tics for more than a year that include one or more motor tics and at least one vocal tic that may or may not appear together.

The tics of these subjects lead them to perform small, spasmodic-type movements, often in the limbs, neck, mouth, and eyes. Regarding vocal tics, the presence of coprolalia is very frequent, emitting insults and swearwords in an involuntary way. These tics can appear both during the day and during sleep (especially in REM), which is altered.An increase in disinhibition, aggressiveness and obsessive symptoms also appears .

It is also common for patients with this problem to have a high level of anxiety and discomfort, as well as self-injurious behavior. Unable to control their tics, their anxiety increases even more and they sometimes withdraw or are socially rejected because of it.

The causes of this disorder are not completely known , although the existence of alterations in the basal ganglia and frontal cortex or their interconnection has been reflected, both elements being linked to behavioural control.

Recently, research has been conducted in Toronto that has explored the possibility that the use of cannabis or some of its components may reduce the tic nervousness typical of patients with Tourette’s syndrome .

For this purpose , a marijuana-based treatment was administered to nineteen patients with this disorder, and the results were later observed. Tics decreased in sixty percent of the cases, with eighteen of the nineteen participants noting a high level of improvement. In addition, the level of tension and anxiety of the individuals with this disorder was reduced.

However, in a large part of them, the administration of cannabis had side effects, mostly a decrease in the ability to concentrate and an increase in drowsiness.

In this and other experiments it seems that cannabis has an effect that decreases the activation of involuntary tics . On the other hand, the same effect has also been seen in other symptoms, such as obsessiveness, anxiety and irritability that these people tend to suffer from (although other studies have reflected opposite results). These are 4 beneficial effects with which this substance could improve the quality of life of patients with this disorder through medicines based on this active ingredient.

These results are largely explained by the presence of cannabinoid receptors in the basal ganglia, structures that in patients with Tourette’s syndrome have altered function.

Although the data reflected by this study are promising, it must be taken into account that it has been carried out with a very limited sample (of nineteen people), so that the observations obtained will have to be verified in new studies . Likewise, the possibility of complications not observed during the investigation must also be taken into account.Neither has a control group been used, so the evidence cannot be contrasted with other patients who were given a placebo.

However, the conclusions of this study could serve to open a way to create medication derived from cannabis that would allow the reduction of the symptoms of this syndrome.