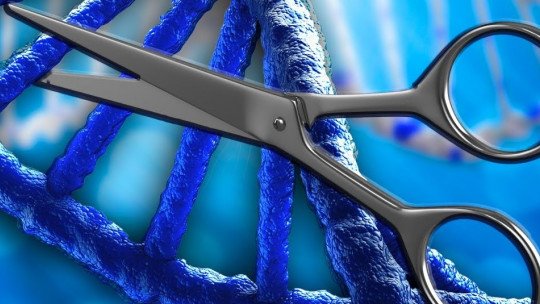 Noonan syndrome, Fragile X syndrome, Huntington’s Corea, some cardiovascular problems… All of them are diseases of genetic origin that imply severe alterations in the life of those who suffer them. Unfortunately, until now no remedy has been found for these diseases.

But in cases where the genes responsible are perfectly located, it is possible that in the near future we will be able to prevent and correct the possibility of some of these disorders being transmitted. This seems to reflect the latest experiments carried out, in which the correction of genetic disorders through genetic editing has taken place.

Genetic editing as a method of correcting genetic disorders

Genetic editing is a technique or methodology through which it is possible to modify the genome of an organism, by sectioning off specific fragments of DNA and placing modified versions in their place. Genetic modification is not new. In fact, we have been consuming transgenic foods or studying various disorders and medicines with genetically modified animals for some time.

However, although it started in the 1970s, genetic editing has been, until recently, not very accurate and effective. In the nineties it was possible to direct the action towards a specific gene, but the methodology was expensive and took a great deal of time.

About five years ago a methodology was found with a higher level of accuracy than most of the methods used so far. Based on the defence mechanism with which various bacteria combat invasions by viruses, the CRISPR-Cas system was born, in which a specific enzyme called Cas9 cuts the DNA, while an RNA is used that causes the DNA to regenerate in the desired way.

Both of the associated components are introduced so that the RNA guides the enzyme into the mutated zone to cut it. A DNA template molecule is then introduced which the cell in question will copy when reconstructed, incorporating the intended variation into the genome. This technique allows for a large number of applications even at the medical level , but can lead to the appearance of mosaicism and other unintended genetic alterations. This is why a greater amount of research is required in order not to cause harmful or undesired effects.

Hypertrophic cardiomyopathy is a serious disease with a strong genetic influence and in which certain mutations in the MYBPC3 gene are identified that facilitate it. In this disease, the walls of the heart muscle are excessively thick, so that the hypertrophy of the muscle (usually the left ventricle) makes it difficult to transmit and receive blood.

The symptoms may vary greatly or even not be evident, but the occurrence of arrhythmias, fatigue or even death without previous symptoms is frequent. In fact, it is one of the most frequent causes of sudden death in young people up to 35 years of age, especially in the case of athletes.

It is a hereditary condition and, although it does not have to reduce life expectancy in most cases, it must be controlled throughout life. However, recently the results of a study have been published in the journal Nature in which, through the use of genetic editing, the mutation associated with the appearance of this disease has been eliminated in 72% of cases (42 of the 58 embryos used).

The technology called CRISPR/Cas9 has been used for this purpose, by cutting out the mutated gene areas and reconstructing them from a version without the mutation. This experiment is a tremendously important milestone, since it eliminates the mutation associated with the disease and not only in the embryo on which it is worked, but also prevents its transmission to subsequent generations.

Although similar trials have been carried out before, is the first time that the intended objective has been achieved without causing other unwanted mutations . However, this experiment was carried out at the same time as fertilization, introducing Cas9 almost at the same time as the sperm into the egg, which would only be applicable in cases of in vitro fertilization.

There is still a way to go

Although it is still early and multiple replications and research must be done on the basis of these experiments, it could be possible in the future to correct a large number of disorders and prevent their genetic transmission.

However, further research is needed. We must bear in mind that can cause mosaicism (in which parts of the mutated gene and parts of the gene that is intended to be obtained are hybridized in the repair) or the generation of other unintended alterations. It is not a completely verified method, but it gives rise to hope.