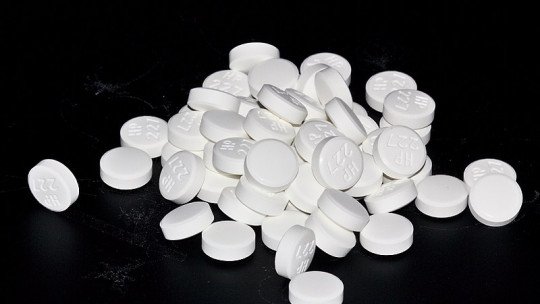 Thioproperazine is a typical antipsychotic , also known as neuroleptic, which as such acts by blocking some neurotransmitter receptors such as those responsible for dopamine regulation, which is associated with the decrease of typical manifestations of schizophrenia.

In this article we will see what thioproperazine is and what it is for, as well as some of its indications and possible adverse effects.

What is thioproperazine and what is it used for?

Thioproperazine is a drug that belongs to the category of antipsychotics . The latter includes chemical compounds that are used especially to eradicate some typical manifestations of the diagnosis of schizophrenia, but also to treat symptoms associated with bipolar disorders, both in episodes of mania and depression, obsessive-compulsive disorders and some manifestations of dementia.

Thioproperazine acts by blocking the dopamine receptors of the central nervous system . In this way, it has neuroleptic effects and blocks some thoughts, including delusions and hallucinations. For the same reason, the other term with which this type of medication has traditionally been known is neuroleptic.

This neuroleptic action produces a powerful effect on manic arousal, which is why thioproperazine is considered effective in the treatment of motor excitation seizures, both in the course of some types of schizophrenia and in the case of some types of epilepsy .

This occurs because thioproperazine acts in the central nervous system, more specifically on the ascending reticular system, the limbic system and the hypothalamus , which are fundamental subcortical centres for the activation of various human faculties.

Precisely, the disadvantage of these drugs is that they have a high probability of causing serious adverse reactions that significantly alter some dimensions of the life of the person who has the diagnosis. This is a type of medication with a high risk of toxicity, which is why its use requires strict medical supervision , and in some countries it is no longer marketed.

Thioproperazine is marketed under the name Majeptil. Its composition is in 10 mg tablets for oral administration . This administration depends on the characteristics and medical history of each person, however, in general 2 or 3 daily doses of 30-40 mg are prescribed, which are reached progressively.

Considerations and precautions for this drug

The general recommendation was to maintain vigilance in the case of a history of liver disease as well as in cases of epilepsy and serious cardiovascular disease, because of the high risk of causing serious ventricular arrhythmias .

Thioproperazine is contraindicated in combination with respiratory center depressants, antihypertensives. Its absorption in the organism can be diminished when interacting with some common compounds such as salts, oxides and different hydroxides. Likewise, it increases the depressing action of the central nervous system when mixed with other sedatives, chemical compounds derived from morphine, barbiturates, hypnotics, methadone, clonidine and anxiolytics.

As for the risks of use during pregnancy there are no studies, so its use is not recommended, especially from the last trimester of the gestational period. The same applies to its use during the breastfeeding period.

Finally, while it produces a significant alteration of the state of vigilance and drowsiness, it is important to take precautions when driving or operating heavy machinery.

As we said before, the high probability of generating serious adverse reactions has meant that this substance has been replaced by other types of drugs that have similar functions, with less risk of toxicity.

Some of the adverse effects of thioproperazine are as follows:

Extrapyramidal syndrome can also appear, which is characterized by the inability to express oneself through mimicry or gestures, some manifestations similar to those of Parkinson’s, a particular type of forward leaning gait, without bracing and with small steps, muscular rigidity, gross tremor during the state of rest.