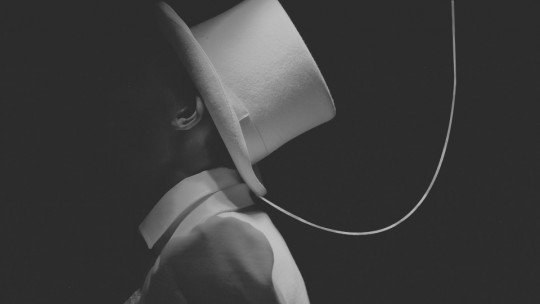 The possibility of improving our mental capacities, developing them to the limit and overcoming any barrier is something that has always attracted the attention of the human being, being a frequent topic of science fiction.

Recently, a team of researchers has created a hat that seems to contribute to this end. But… what are we looking at? A hat that makes us smarter?

We understand intelligence as the faculty or set of faculties that allow us to understand, analyze and interact with the environment in an adaptive way .

Having a greater intellectual capacity therefore means an increase in the possibility of being more adaptable, regardless of whether this is understood as a general capacity or different specific capacities, with the individual being able to take into account more easily the relationships between phenomena and how to manage situations.

This does not mean that it has to make us more directly adaptive (this would require other mental capacities in addition to mere intellectual capacity), only that it increases the possibilities of it.

Modifying intelligence with a hat: is this possible?

Intelligence is a useful quality, and many people would like to be able to enhance it . But is this possible?

If we take into account that cognitive abilities are mediated by the functioning of the brain, the synapses and neuronal connections and the transmission of information from the neurons, it may be possible to stimulate and train our cognitive resources .

In fact, there are many ways to improve the efficiency of our neural network, create new connections and strengthen existing ones. Examples of this are the practice of mental exercises, learning and continuous training throughout the life cycle, Mindfulness and proper physical and mental self-care.

With regard to the possibility that an artefact can provoke such an increase in intelligence , it could be considered possible to stimulate the appropriate brain areas for certain tasks. And that is what the team of researchers at Vanderbilt University seems to have achieved, through a cap-shaped device that stimulates different regions and locations.

The device: how it works

The device in question acts by applying mild electrical currents to certain areas of the brain. This stimulation is neither invasive nor harmful and is similar to transcranial magnetic stimulation. The effects are temporary.

Specifically, a series of electrodes are placed on the front of the skull between which the current passes, causing the frontal lobe (specifically its medial part) to be activated. This area participates, among other functions, in learning, attention and executive functions. It also participates in the management of errors, producing brain reactions every time we make mistakes.

By emitting electrical currents in this area, we aim to omit negative responses and errors, helping us to be more efficient. Results obtained with its application

The reflected experiments show that after being stimulated by the device in question, the volunteers tended to make fewer errors . The learning capacity is also apparently stimulated, taking less time to acquire and consolidate new information.

However, the effects of this device are limited and temporary. The emission of electrical pulses causes some areas of the brain to be activated and learning to do so is facilitated, but the brain activity is not sufficiently prolonged for a lasting change to take place and to be integrated into the user’s psychic structure. Moreover, if we manipulate the reactions that make us make mistakes we are in turn modifying aspects that contribute to learning , such as learning from our own mistakes.

The results obtained by the team of researchers seem to indicate that a stimulation of around twenty minutes can produce effects that will fade away over the next five hours or so .

This device can have multiple uses in the treatment of various disorders such as ADHD or schizophrenia, for example stimulating the nerve centres that control inhibition of behaviour and/or attention to it.

Therefore, this device made to improve intelligence can have a great number of applications and be very useful, being a very interesting field of research for the treatment of various problems. And even so, a higher level of research is necessary in order to have more reliable results.