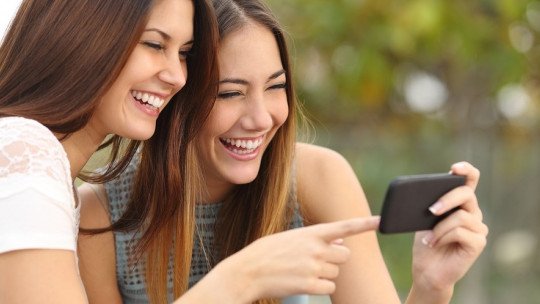 The popularization of Internet use over the past 15 years has not simply led to more and more connection to the network of networks. In addition to using the resources to which we have access thanks to this brilliant invention, many people who make regular use of social networks have experienced how their self-esteem has become connected to the public image they give online .

And if there are people who notice how their well-being or discomfort depends in part on what happens on the Internet, it is precisely because we are constantly judging those behind those Facebook, Instagram or similar profiles. Even if we don’t realize it, we generate a positive or negative emotional response to the self-referential content that others publish.

We can choose whether or not to be interested in what others think of us, but the truth is that regardless of that, wherever there is one of our publications, there will be people who value you, usually in an unreasonable way.

How we judge ourselves through the Internet

Below you can see some samples of how much you tend to judge others from just a few photos and status updates.

It has been found that people who tend to make negative publications, such as social denouncing content or complaints about studies, tend to be less valued. However, the excess of joy in status updates and photographs generates an artificial feeling that seems to have been created to deceive others.

It should be taken into account that a person can understand a social network as a space in which to express his or her stress or to make others aware of it through criticism, without that saying much about his or her personality . Similarly, others may want to use Facebook photo albums as a collection of happy images, and that doesn’t say much about them either. However, we ignore this reflection and believe that what is on the Internet is a direct reflection of the personality, leading us to reject or accept that person.

We tend to be particularly sensitive to publications that can be interpreted as showing off. In fact, in general, the assessment we make of someone is more positive if the number of publications in which we talk about personal achievements and qualities is reduced.

Thus, something as innocent as celebrating that we have won a karate championship makes us be valued worse, even though this is more important to us than much other content we have published before (music videos, memes, etc.).

Instead, one sees better what has to do with opinions about events outside of oneself, or that occur around one, but which are not a direct reflection of one’s qualities. For example:

Visiting the Sagrada Familia temple in Barcelona. The facade is incredible.

Why are we so hard at valuing others on the Internet?

When we see hundreds of publications by various people on the Internet, we tend to be guided by much less rational intuitions when deciding who is worthwhile and who is not. This means that we adopt totally biased and irrational ways of thinking without being made to feel strange.

In short, we have a lot of information about the others, but it gives few details and is therefore of poor quality; therefore, our way of judging those people is also fast and lazy .

How about we use the chat more?

We have to take into account that these psychological biases when judging others through the Internet basically occur when there is no interaction: someone posts something and the other person sees it. What happens if instead of staying in that passive attitude we start conversations? In the end, a conversation in a chat room is much more like a face-to-face interaction , situations in which we are used to being more moderate when it comes to making judgments about how the other person is.

Some researchers believe that the solution to that kind of paranoia that torments many people who are afraid of causing a bad image on the Internet is simply to talk more, to show what we are like inside in a context of real-time conversation. In this way, those filters that keep us away from others start to lose their prominence; we force ourselves to spend time and a certain effort to take part in an exchange of phrases, which makes us get involved and think that if we are bothering to do that, it will be because the other person deserves that we do not rush to judgment. Chats can be spaces of fellowship in the individualistic and fragmented reality of the Internet.