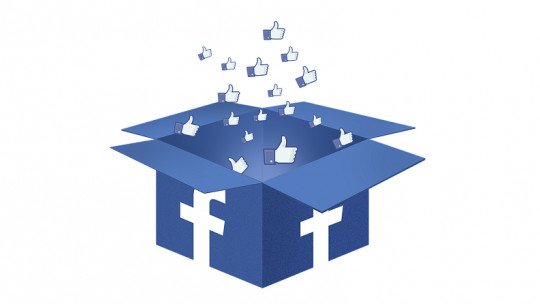 This study confirms the intuition that many people had: that the functioning of certain social networks is designed to make them true gyms of narcissism.

However, its implications go far beyond that. Let’s see how the investigation was conducted.

How was the study done?

This research, carried out by psychologist Lauren Sherman and her team, was based on the use of an imitation of the Instagram social network. Sherman and her researchers recruited 32 teenagers (14 boys and 18 girls) who were used to using Instagram and, using MRI, saw how their brains were activated as the young people interacted with the imitation of that social network where they could see both the images they had uploaded and photos of strangers.

Each of the participants in this experiment was informed that they were going to use a social network used by a small community while fMRI images were taken of their neuronal activity. However, the truth is that the photographs of unknown people seemed to belong to the accounts of young people, had been selected by the research team and, in fact, it was also these scientists who were in charge of putting a certain amount of likes in all the images.

Thus, each teenager had the opportunity to react to 40 of the photographs from his or her own real Instagram account and 108 belonging to strangers. In addition, the researchers informed the participants that each of the photographs they were about to view had been seen, appraised and potentially “liked” by about 50 young people, which was not really true.

The effects that Instagram has on the human brain By checking MRI images of different brains, Sherman and her colleagues saw that a structure in the brain called the nucleus accumbens was activated more the more likes a picture was. This is very relevant, considering that the nucleus accumbens is responsible for us experiencing moments of intense pleasure when we win a prize, have an orgasm , drink a milkshake, etc.

This area of the brain is in charge of detecting the peak moments of pleasure and thus has a role in the emergence of addictions and in the reward mechanisms in charge of trying to create the situations so that these “peaks of happiness” are repeated as often as possible.

The influence of others goes into the digital

But this investigation also yielded another surprising conclusion: social networks can make teenagers more inclined to perform reckless acts , something that also happens when they are physically accompanied by other people of the same age.

In the young men and women who participated in the research, the regions of the brain related to self-control and following rules were relatively dull when they saw images related to risky behaviour, such as skateboarding on dangerous terrain or driving taking pictures of themselves – even if they did not know the people to whom the pictures were supposed to belong. This effect was intensified if these photographs had a lot of likes .

To this effect we must add the one we have seen before. The likes activate the small brain structures of pleasure, which can make associated with the welfare not only the images themselves, but also the activities that can be seen in them.

Is there a reason for the alarms to go off?

The idea that participating in a social network such as Instagram can induce young people to pursue risk is a hypothesis that has yet to be tested. In the end, what has been seen in this research is only images of activated or deactivated brain regions, and has not been experimented with in real environments where young people might try to engage in recklessness .

However, these results give reason to continue researching in this line, even if it is so that we have the opportunity to know how to educate and educate ourselves in the use of social networks.