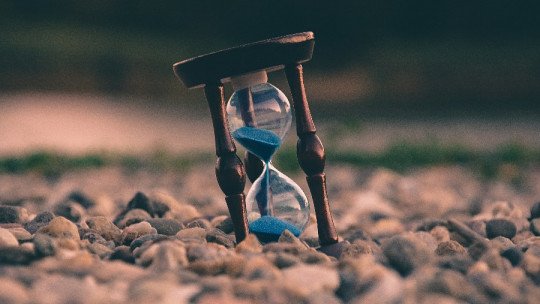 Each and every one of the things that we live, the problems that we have, the challenges that we face or in general the situations that are part of our lives occur in a space-time continuum, in which in a concrete moment a concrete event happens. In other words, not everything happens at the same moment but a more or less prolonged temporal sequence is established.

Understanding a fact means understanding the phenomena that have been occurring over time , and often we are going to have to analyse what has happened in a situation (either because we want to understand our past, establish a chronology or look for the causes of a particular phenomenon). To do this, it can be very useful to use some kind of graphic element that allows us to represent it. One of the options available to us is to create timelines .

Related article: “70 sentences on time and the passage of life”

Time lines: what are they?

The time lines are graphic representations in the form of a line whose main function is to allow the correct understanding of the time sequence in which one or several phenomena have occurred, indicating through various marks on the line the different steps or main elements that have been marking the element that we are analyzing and noting the time or period in which these steps have occurred.

For example, we can establish a time line with the events that have marked our lives from our birth to the present, marking the points that we consider key. Another example would be the analysis of a problem or an element of interest, such as the bankruptcy of a company or the acquisition of a learning or skill, observing the elements that have led to it over time.

It is also possible to draw up several timelines on different situations or variables and compare them in an attempt to visually determine whether they might be related to each other.

Creating a timeline can be very useful in multiple areas and for analysing different aspects . However, you cannot just start writing down elements, it requires a series of steps and consideration of different elements.

To develop a timeline it is essential to consider and follow a series of steps:

1. Evaluate and decide what we want to represent and what for

This step seems very logical, but is fundamental for the timeline to make sense . It is mainly important for assessing the type of data we are going to reflect and determining which should appear and which should not. If, for example, we consider making a timeline of the development of the Roman Empire throughout history, it will not be necessary to explain what happened in territories not linked to it, or to write down details about the day-to-day life of a particular subject. It is a matter of maintaining a certain coherence and representing only the main and most important elements.

An also important step is to take into account where the time limits of the representation we are going to do are . If we are looking at the causes of a particular problem that happened a year ago, our graph need not continue to the present day (unless it is specifically required, for example if the problem has not been solved).

Our future representation already has a theme and a goal and a beginning and an end in mind. But what kind of time divisions are we going to make? We are talking about writing down hours, weeks, years, centuries, stages… It is necessary to be clear about this so that we can place the different phenomena on the timeline.

4. Collection and selection of the most relevant data

Once we have decided what we are going to represent in the timeline and how to do it, we can proceed to collect and/or decide which elements are going to be exposed . This step may have been done previously before thinking about how it is going to be represented. On the one hand, this process can be greatly influenced by the choice of the time periods to be measured and the scale chosen, but on the other hand, it can be the one that marks them.

5. Elaboration of the line and the marks that are going to represent the different steps that have been wanted to emphasize

Once this is done, we can proceed to draw the line and divisions that we are going to make of the chosen time sequence.

Finally the chosen data will be placed, ordered chronologically and the time when the event occurred will also be noted.

Other aspects and considerations in creating timelines

Apart from the previous steps, it should be noted that the timeline is a simple graphical representation e. We do not have to insert explanations into it, simply the events or milestones that have occurred over time. Nor do we have opinions or subjective elements unless they are what we are measuring. Language should be clear and concise.

The line drawn is going to be a straight line, since it marks the events in the temporal and not functional plane. By this we mean, for example, that we are not making a scheme of how something works but how it has worked over time. Even though we may consider that time is something cyclical, we will generally be referring to specific dates.

In addition to being able to do it manually, today we have multiple options to elaborate time lines in different applications and computer programs. For example, applications such as Timetoast (in which you can also add images), Tiki-Toki or Timelinr. In a much more rudimentary way it is also possible to make them in programs as well known as Microsoft Excel.