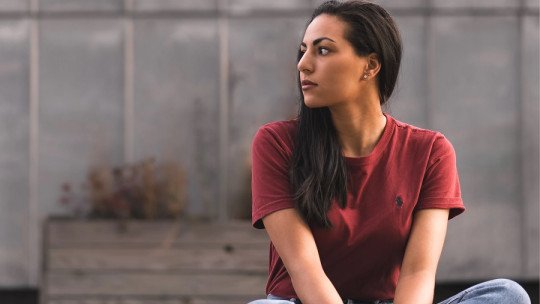 The panic attack can become a psychological disorder that seriously compromises the quality of life of the person who suffers it.

In this article we will see what this phenomenon consists of, and we will present several tips to overcome a panic attack taking into account all the scientific knowledge that has been generated about it.

What is a panic attack?

A panic attack, also known as a panic attack, is the sudden appearance of a psychological state characterized by hyperactivation and a feeling of fear and general malaise . The person who experiences it lives a relatively short period of time, lasting a few minutes, and which usually reaches its peak of intensity around 10 minutes after the onset.

This is an alteration that causes psychological and physiological symptoms , that is, it produces changes in the way of thinking and feeling, but also in more basic biological processes, such as blood pressure.

In fact, during panic attacks the heart rate increases greatly, and usually tremors and cold sweats appear, while catastrophic thoughts arise (i.e., the worst is assumed to happen or even our life is in danger) and we enter a state of hypervigilance and extreme sensitivity to stimuli, as well as difficulty breathing well.

Of course, these symptoms do not correspond to what is objectively happening, and in fact panic attacks can occur in virtually any context: in the supermarket shopping queue, sunbathing, etc.

There is no apparent reason in itself that justifies the triggering of this intense discomfort . What can happen is that one has been suffering the cumulative effect of various worries that keep us anxious for a period of time, and that a certain harmless or unproblematic event facilitates the expression of the panic attack with all its typical symptoms.

All these symptoms tell us about the nature of the crisis of anguish, which is part of a group of psychological disorders known as anxiety disorders, in which we also find, for example, phobias.

How do you get over a panic attack?

These are useful tips on how to overcome a panic attack.

1. Go to the psychologist

The first advice has to do with prevention and with carrying out a psychological intervention . This first step makes it easier for us to face the crises of distress and, at the same time, to contribute to them manifesting themselves less frequently, even disappearing.

In addition, in the psychologist’s office you will also be able to solve your doubts about what is happening to you and you will receive training to know exactly what to do in each case. The advice for managing a panic attack that you will see below should be seen as a parallel help to this psychological intervention.

The moment you see that the anxiety attack is manifesting itself through its symptoms, focus on the task of writing down how you feel, emotionally, cognitively and physiologically . Write down the order in which these changes are taking place, the content of your thoughts, your way of experiencing your emotions, etc.

When the crisis of distress is over, try to continue completing that mini-report as soon as possible, without letting relevant information slip through your fingers.

These self-registrations can help you to recognize immediately when a panic attack is going to happen , so that you can be better prepared in the future, and they will also be very useful for psychologists who follow up on what is happening to you.

3. Find a place where there is calm

When you notice an anxiety attack starting to happen, look for a relatively calm place to be . It’s important to stress the “relatively”: you shouldn’t be obsessed with finding the quietest and loneliest area of the neighbourhood, because the feeling of urgency would feed the anxiety disorder even more.

If you’re with more people, don’t try to get that area away from those people if it’s going to make you run or search frantically. It’s okay to be vulnerable in a moment of panic attack, which is very common and has happened to many people at some point in their lives, so they may even understand you perfectly.

4. Don’t pretend the problem isn’t there

Trying to act as if we’re not going to have an anxiety attack is not the solution, and in fact it will only make us more vulnerable to the symptoms of this disorder. You have to assume that you have to take certain steps to manage that discomfort, stopping everything you were doing before the first symptoms appeared.

So, once you are in the quiet area, forget about your responsibilities or social interactions during this short period of time, and if you feel that you would rather be alone, let someone else know without worrying about what they might think; they will understand.

5. Focus your attention on breathing

Panic attacks make your attention focus erratically , reacting excessively to any stimulus, memory or mental image that has a certain component capable of generating anxiety. For example, a car alarm sounding suddenly in the distance, a painful memory from childhood, etc.

One thing that can help you avoid feeding these sources of fear is to focus on something very concrete and simple: your breathing. To do this, there’s nothing better than learning controlled breathing techniques, something you’ll probably practice in psychotherapy sessions and which is also included in some relaxation exercises.

When you focus on breathing properly, you not only help your body oxygenate, you also cushion the blow of a panic attack.