With almost 200,000 inhabitants, Elche is one of the most pleasant and peaceful cities in the Valencian Community . Whether you walk through the Palmeral or the Huerto del Cura, in this city you will find a pleasant corner for you.

Even with these treasures, that does not mean that at some point the inhabitants may not need professional psychological help. Therefore, in these lines you will find the best psychologists in Elche .

Next we will see some of the most recommended psychologists of this pleasant Valencian city. 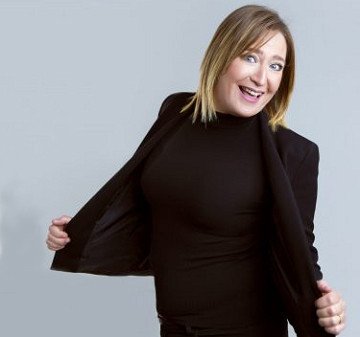 Margarita Durá Martínez is one of the best psychologists we can find in this city of the Valencian Community.

A graduate in Psychology from the University of Murcia and with a Masters in “Developmental Behavioural Modelling DBM”, this psychologist is one of your best bets in Elche if you are looking for treatment for problems such as anxiety disorders, sexual dysfunctions or anorexia, as well as grief and addictions .

With her own practice at 33 Ruperto Chapí Street, Mercedes Alberola Gómez can treat a wide variety of mental disorders.

Graduated in Psychology from the University Miguel Hernández in 2004 and with a master’s degree in treatment and prevention of addictive behaviors.
Thanks to this master, Mercedes Alberola is now a specialist in treating addictive disorders such as alcoholism, drug abuse and drug dependence.

Francisco Salvador Beltrán Llicer is another of the great psychologists we can find in Elche.

He graduated in Psychology from the University of Valencia in 1986 and has a Master’s degree in Behaviour Therapy. Thanks to his more than 30 years of experience in the field of psychology, Francisco Salvador is fully qualified to treat mental disorders such as aggression, emotional dependence and low self-esteem .

In the street Bisbe Tormo 8, in the center of Elche, Victor Serna Climent has his practice.

Graduated in Psychology at the University Miguel Hernández and with two masters in legal psychology and forensic expertise and another one in clinical practice , this psychologist is one of our best letters in Elche. Thanks to his training and experience, Victor Serna is able to treat problems as varied as anxiety disorders, low self-esteem or attention deficit hyperactivity disorder (ADHD).

Marina Solla Navarro is another of the best psychologists we can find in this city .

María Dolores Buitrago Juan is another psychologist in Elche. After graduating in pedagogy in 1999 and psychology in 2005 this professional offers various forms of therapy.

María Dolores Buitrago is an expert in treating problems as common as depression, low self-esteem and phobias to more current mental disorders such as dependence on new technologies.

Rocío Jover graduated in Psychology from the University Miguel Hernández in Elche in 2010. She offers a consultation at the Clínica Serna Bernabéu in calle Bisbe Tormo 8.

This psychologist in Elche specializes in anxiety disorders and eating disorders in addition to giving cognitive behavioral therapy. She is also capable of treating mental disorders such as anorexia, postpartum depression and emotional dependence .

This psychologist graduated in Elche from the UNED in Psychology and after that she took the official master’s degree in therapies for the third generation .

One of the specialties of this psychologist is to advise parents on how to educate their children, assisting them in improving their sleeping and eating habits, cases of aggression, etc.

In addition, this psychologist can also give psychotherapy in cases of anxiety disorders, depression and different types of phobias.

Davinia Soler graduated in Psychology from the University of Espinardo (Murcia), specializing in clinical psychology.

After graduating, he studied two masters, one in human resources management and the other in health psychology . Davinia Soler can help you if you have mental problems or disorders such as anxiety and stress, phobias and personality disorders, as well as giving therapy to couples who are in a moment of crisis.

Sara Mirón is another of the psychologists we can find in this city of the Valencian Community. She has two masters, one in psychological therapy with children and adolescents and another in systemic family therapy.

It can offer cognitive behavioural psychotherapy to various types of generational segments such as adolescents and adults, as well as offering therapy to couples in crisis situations who need psychological support to overcome it.