With almost 1.5 million inhabitants, Guadalajara is the most populous city in the state of Jalisco . Because of its population and the fact that it is one of the most important cities in all of Mexico, it is easy to find quality psychologists in Guadalajara with whom to treat emotional and psychological disorders.

It is for this reason that we will now review the best psychologists in Guadalajara.

We reviewed some of the most recommended psychotherapists in the city of Guadalajara , in the state of Jalisco. 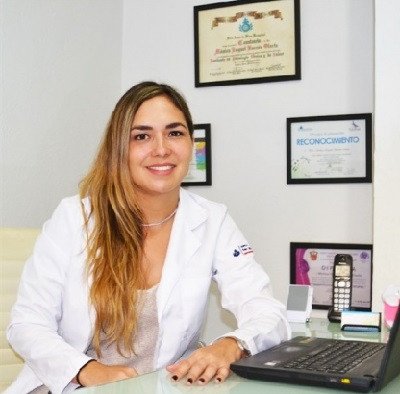 Mónica Barrón Olarte graduated in Psychology from the University of Guadalajara in 2009 and subsequently specialized in therapies for the treatment of severe personality disorders.

It also has training for professionals in child pathology and in cognitive behavioural therapy, which is one of the most reliable therapies currently available. This psychologist may be the one you are looking for if you are currently suffering from panic attacks due to stress or anxiety disorders. It is interesting to know that this psychologist also treats attention deficit hyperactivity disorder and suicidal behaviors in children and adolescents.

Margil Franco is one of the most recommended psychologists we can find in the city of Guadalajara, both for his training and his experience.

After graduating with a degree in Clinical Psychology, this psychologist specialized in couples therapy. Thanks to this knowledge, Margil Franco is able to psychodiagnose the problems that can lead a relationship to enter into crisis moments, whether jealousy, sexual disorders, infidelity, family conflicts with third parties or excessive emotional dependence.

This psychologist offers psychotherapy to both adolescents from 11 to 19 years old and to adults and can also act as a coach for those people who need such psychological support when taking on new challenges in life.

María Elizabeth Zermeño Muñoz graduated from the Jesuit University of Guadalajara with a degree in Psychology in 2001, as well as a diploma in Child Psychotherapy and Psychoanalytic Therapy.

This psychologist is an expert in offering therapy to couples who are in crisis because of inhibited sexual desires and other types of sexual disorders such as aversion to sex, sexual apathy or hypoactive sexual desire. Maria Elizabeth also treats generalized anxiety disorders and eating disorders.

Jess Dector Vázquez graduated from the Universidad Veracruzana in 2007 with a degree in Psychology and also has a Master’s degree in Gestalt Child Psychotherapy.

Based on Gestalt current psychotherapy, Jess Dector is an expert in the treatment of children suffering from attention-deficit hyperactivity disorder, generalized anxiety disorder, psychological abuse and child neglect and sexual development disorders.

Although he or she specializes in child psychology, this mental health professional can also help adults who are grieving the loss of a loved one, in times of stress, or with generalized anxiety disorders due to depression.

With more than 20 years of experience in the field of mental health Joaquín Martínez is another of the best options we have in Guadalajara if we are looking for quality psychotherapy.

He graduated in Psychology from the Universidad Autónoma de Guadalajara in 2000 and also holds a Master’s degree in Bioenergy and Human Development. In addition, he has also completed various training courses, among which we can highlight that of serious personality disorders, thanatology and behavioural activation for the treatment of depression.

This psychologist is an expert in the treatment of addictions such as alcohol addiction, smoking and gambling, as well as being able to offer treatment for personality disorders, anxiety disorders, major depressions and grief for the loss of loved ones.

Karina Vázquez Velázquez graduated in Psychology from the Universidad del Valle de Atemajac in 2009 and subsequently specialized in the field of brief psychotherapy, thanatology, cognitive-behavioral psychotherapy and coaching.

Thanks to her training and work experience, Karina Vázquez is an expert in providing treatment for eating disorders, generalized anxiety disorder, stress situations, irrational phobias and fears or obsessive-compulsive disorder (OCD). With her knowledge of coaching, this psychologist can also help you to face new challenges.

Laura Díaz Zúñiga graduated from the University of Guadalajara in 2013 with a degree in Psychology and later a diploma in sex and couples therapy, thus being able to work as a psychotherapist for couples and marriages in times of crisis due to lack of trust or poor communication.

This psychologist specializes in the area of clinical psychology and can also treat children and adolescents with emotional and behavioral problems. Laura Diaz is an expert in treating sexual disorders such as premature ejaculation, sex aversion, sexual development disorders or sex addiction, as well as treating other areas such as eating disorders, child psychological abuse and gender identity disorder.

This mental health professional graduated in Psychology from the Universidad del Valle de Atemajac in 2012 and also has a Master’s degree in Cognitive Behavioral Therapy and various training courses, including child and adolescent psychotherapy and special education.

With a master’s degree in cognitive behavioural therapy, Jessica Cardona is an expert in this field, which is the most widely endorsed by the scientific community for treating emotional disorders. Among the disorders that Jessica Cardona offers treatment for are attention-deficit hyperactivity disorder, generalized anxiety disorder, personality disorders, irrational phobias and fears, and stress situations.

Adriana Marcela Pacheco Monárrez , whose practice is located in Calle Mesina, is one of the most recommended professionals in psychological intervention in Guadalajara.

This psychologist has a degree in Psychology from ITESCO and is a psychotherapist specializing in Gestalt.