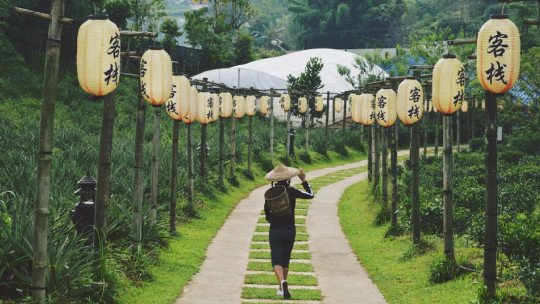 Have you ever wondered which is the most intelligent country in the world according to the average IQ of its population ?

This is precisely what Richard Lynn, a British professor of psychology, and Tatu Vanhanen, a Finnish professor of political science, thought. They decided to carry out a study in which they determined the average IQ of inhabitants in more than 80 countries.

The results are controversial and have caused much debate, so they should be interpreted with extreme caution.

Intelligence is one of the most valued traits in our society, along with beauty or health. However, classifying countries by intelligence can be quite controversial , as there are different types of intelligence in which a person can stand out. Despite this, many academics have tried, through a series of intelligence tests, to measure what is known as our IQ, or IQ.

Using this construct, Lynn and Vanhanen conducted a study to find out the average IQ of a country’s inhabitants, and then made a comparison between 80 nations. The authors argue that national IQ is an important, but not the only, factor contributing to differences in national wealth and economic growth rates.

The 10 smartest countries in the world based on IQ

Below you can find the top 10 rankings of the world’s smartest countries. They are the following:

Switzerland is, without a doubt, one of the healthiest economies in Europe , and occupies sixth place in this ranking with an IQ of 101.

Iceland is ranked sixth in the world as the smartest country. In fact, it is a country with a great academic tradition , of which it is said that almost every inhabitant gives birth to a “book”. In this nation of just over 300,000 people, one in ten individuals publishes a book.

The tradition of thought, innovation and science in this region goes back hundreds of years . When we think of Italy, we quickly remember the Roman Empire or the Italian Renaissance. Some of the greatest sculptors, painters, writers and poets came from this boot-shaped country.

Today, Italy remains above the average of the most intelligent countries, especially in the fields of mathematics, science or physics. The IQ of the transalpine country is 102.

Taiwan is known worldwide for its advances in technology, as well as for its revolution in its public education system. Many people in Taiwan are bilingual, and since one of the country’s largest trading partners is the United States, many young people have studied hard to become fluent in English, which increases their career success .

Japan is a country known worldwide for the quality of its education, although it is famous for having a rather demanding and controversial philosophy of children’s education. Students spend long hours studying to prepare for exams, and there is great cultural and social pressure in this regard .

South Korea is one of the most innovative nations on the planet , and many people live from research and development. South Korea is said to have the fastest and most reliable Internet in the world, which seems to demonstrate its commitment to science, research and technological progress.

However, not everything about this country is good, as its education system is highly competitive. As a result of the difficulty of exams, long school hours and high competitiveness in schools, it is a country known to have a high rate of suicide among students.

Like many countries on this list, Singapore is an Asian country. Tied with the first country in this ranking, both have an average IQ of 108. Singapore is a small state located near Malaysia, and is a high-tech country that places great importance on business and finance . Its students are world leaders in mathematics and science performance.

There is a debate as to whether Hong Kong should be on this list or not, as it is not technically a country. However, its administrative autonomy and its different economic model from China , make that excluding Hong Kong from this list is to ignore a country with the highest IQ in the world. Hong Kong probably has the second best education system in the world after Finland. This makes it the “top” country on this list with an average IQ of 108.