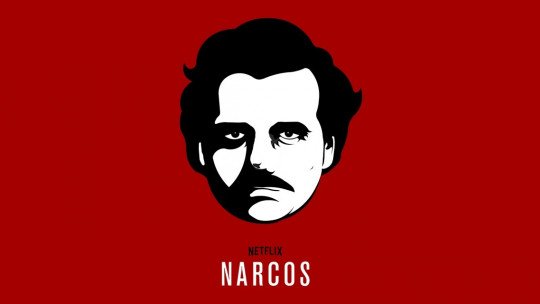 The “narcos” (drug dealers) are criminals who risk their own lives to manufacture and distribute drugs and thus make huge profits, to the extent that many of them end up being billionaires.

Throughout history, and especially in the twentieth century, the appearance of emblematic narcos such as Pablo Escobar or “Chapo” Guzmán made these criminals an object of study. Thus, different television series and programs told of their incredible lives and their desire for wealth and power.

Therefore, in order to highlight the macabre psyche of these ruthless criminals, we have tried to collect the best sentences of narcos .

we have forgotten some interesting famous phrase or quote from a famous drug dealer, don’t hesitate to include it in the comments section.

1. The business of drug trafficking is not going to end because as time goes by we are more people, and this is never going to stop. (Chapo Guzmán)

The criminal business, unfortunately, is not likely to cease in the short term.

2. I know that one day I will die, but I hope it will be from natural causes. (Chapo Guzmán)

About the possibility of being killed by other gangs or by the police.

3. I never did anything to induce the public to take more drugs. People, in a way, want to know what it feels like or what tastes like. And then the addiction gets bigger. (Chapo Guzmán)

About why people get addicted.

4. For being free, well happy, because freedom is very beautiful. (Chapo Guzmán)

After years behind bars, El Chapo was congratulating himself on his freedom.

5. From the time I started in the drug trafficking business until now there was a big difference. Today there are a lot of drugs, but back then, the only ones we knew about were marijuana and poppy. (Chapo Guzmán)

The industry has become more complex to meet consumer expectations.

6. For me it’s normal because I’ve been taking care of myself in certain cities for some years, and no, I don’t feel anything that hurts my health, or my mind. I feel good. (Chapo Guzmán)

When Chapo dies, another will take his place and the business will continue to exist.

8. For what I see and know is that everything is the same, it has not decreased, it has not gone up. (Chapo Guzmán)

About the boom in drug use despite his incarceration.

9. Partly it is because some people already grow up with problems and already some envy or some information they give against the person. That’s what breeds violence. (Chapo Guzmán)

The origins of violence, in one’s own childhood, according to Chapo.

For a good drug dealer, you can’t use.

11. I supply more heroin, methamphetamine, cocaine and marijuana than anyone else in the world. I have a fleet of submarines, planes, trucks and boats. (Chapo Guzman)

Flaunting their incredible logistics and infrastructure.

12. What I do is defend myself, but that I’m looking for trouble, never. (Chapo Guzmán)

This is Guzman’s view of his criminal phase.

13. No, sir, not at all, because the people who are engaged in this activity do not depend on me. (Chapo Guzmán)

Talking about the dealers.

A terrible way to beg for a quiet death.

Pablo Escobar’s famous phrase with which he gave his enemies two options: to pay or to die.

16. Everything in this life has a solution, except death. (Pablo Escobar)

Of course, after you kill someone, there’s no turning back.

17. Life must be lived irresponsibly, but with responsibility. (Pablo Escobar)

A paradox from the mouth of Escobar Gaviria.

18. The dog that has money is called Mr. Dog. (Pablo Escobar)

You’re so much, so much worth, according to the Colombian drug lord.

19. People somehow try to know what it feels like, or what it tastes like. And that’s where the addiction is growing. (Chapo Guzmán)

From curiosity to the ruin of addiction.

20. To live with my family on my God-given days. (Chapo Guzmán)

That’s his only will.

21. I think that if the Mexican government finds me, of course they will arrest me, but they will not kill me. (Chapo Guzmán)

And finally, it came true.

22. I tried the drug many years ago. I’ve tried it, but not to become addicted. (Chapo Guzmán)

That’s Guzman talking about his contact with toxic substances.

Sadly, Guzman thanks God that he is still alive.

24. If I am ‘The Lord of the Heavens’, then your brother would be ‘The Lord of the Tunnels’. You don’t make so many holes for miles around the border without having someone turn a blind eye, please. (Amado Carrillo Fuentes)

A truism told by a famous drug lord.

25. The will of man is stronger than iron bars. (Beloved Carrillo Fuentes)

If you want, you can get it. It’s a matter of tenacity.

26. A society that does not correctly interpret and appreciate its past cannot understand its present fortunes and adversities and can be caught off guard in a constantly changing world. (Dawood Ibrahim Kaska)

It’s not a phrase from a historian, but from a dangerous drug dealer.

27. We have generated most of the employment in the country. We have given a lot to Colombia. (Gonzalo Rodríguez Gacha)

One of those phrases of narcos that emphasize the positive aspects of drug trafficking.

28. One reads the press every day and one sees a lot of sin, that’s what I call hot money. (Gonzalo Rodríguez Gacha)

29. How can you bribe someone who drives a Volkswagen 53? (Miguel Rodríguez Orejuela)

30. My reason for getting involved in this was something that, in a way, had a cause that was not so reprehensible. (Jorge Salcedo)

Most drug traffickers agree that, from their point of view, drug trafficking had clearly positive facets at the social level.

31. It is a reality that drugs destroy. Where I grew up there was no other way, and there is still no way to survive. (Chapo Guzmán)

Reflecting on the catastrophe caused by drugs.

32. I don’t consider myself a violent person, all I do is defend myself, nothing else. But can I start trouble? Never. (Chapo Guzmán)

About his non-violent spirit… or so he says.

33. Drug trafficking is already part of a culture that originated from the ancestors. And not only in Mexico, but all over the world. (Chapo Guzmán)

About the remote origins of this illicit activity.

A personal view on the main problem of Spanish-speaking America.

A funny line from the narco-mafioso who terrorized the streets of Chicago.

36. Now I know why tigers eat their young. (Al Capone)

A brutal metaphor from which it can be deduced that Capone liquidated some of his henchmen.

37. I’ve been accused of every death except the World War casualty list. (Al Capone)

Ironic sentence with which Scarface implies that he is accused of multiple murders.

38. Be careful who you consider your friends. I’d rather have four quarters than a hundred pence. (Al Capone)

About the importance of having a small group of people you trust.

People want dope, Capone gives it to them.

About your ideal of democracy.

He was simply profiting from the rules of the system, even if it was the system.

Ironic phrase that is a certain contempt for that country.

Through fear and oppression, systems of great complexity can be built.

44. The ban has caused nothing but problems. (Al Capone)

About the Dry Law.

45. I have spent the best years of my life giving people the best pleasures, helping them to have a good time and what I get is abuse, the existence of a persecuted man. (Al Capone)

Victimizing yourself at the prospect of losing your freedom.

46. Friends are those who see you crying and say: Who do we kill? (Pablo Escobar)

A somewhat extreme way of conceiving of friendship.

47. There are three ways of doing things: right, wrong and how I do them. (Pablo Escobar)

The series “Narcos” by Netflix already echoed this peculiar phrase by Pablo Escobar.

48. My family did not have significant economic resources and we are experiencing difficulties like those experienced by the majority of the Colombian people; therefore we are not strangers to these problems, we know them deeply and we understand them. (Pablo Escobar)

About his knowledge and empathy with the underprivileged.

49. Family ends up being our Achilles’ heel. (Pablo Escobar)

Love for one’s family can destroy a criminal career.

50. The one who laughing makes me, crying pays me, mija. (Pablo Escobar)

Nothing is more important than speed.

52. How do you solve all the problems in life? With millet. (Pablo Escobar)

With money you can do whatever you want.

53. Capitalism is the legitimate racket of the ruling class. (Al Capone)

This is how Capone conceived the capitalist system.

54. You can get a lot more with a kind word and a gun than with a single kind word. (Al Capone)

55. I’d rather be in a grave in Colombia than in a jail cell in the United States. (Pablo Escobar)

One of those drug lords’ phrases in which Escobar expresses no desire to be a prisoner in the United States.

56. Well, if half the world wants to kill me, then we hire the other half to defend me. (Pablo Escobar)

Terrible thought of Escobar feeling cornered by the DEA and neighboring cartel rivals.

57. Thinking like a poor person leaves you poor. (Pablo Escobar)

You have to think big to accumulate wealth.

Almost in the form of a saying.

59. I have plenty of people who hate me, but there are never any who love me. (Pablo Escobar)

With open arms to those who want to join the “cause”.

60. Do not mistake my kindness for weakness. I am kind to everyone, but when someone is not kind to me, weakness is not what you will remember about me. (Al Capone)

Hostility is paid for with more hostility and violence.

61. One has to have bad days to realize who is family, who is friend, and what are the true loves. (Pablo Escobar)

The truth of things is discovered in the middle of a crisis.

62. In a world of hypocrites, the sincere ones are the bad ones. (Pablo Escobar)

In this sentence, Escobar boasts of his honesty.

63. They observe you, criticize you, envy you and in the end they imitate you. (Pablo Escobar)

Perhaps the most memorable of all the narcotic phrases.

About his ability to have anyone he comes across killed.

65. Family ends up being our downfall. (Pablo Escobar)

Another sentence about the difficulty of having a family when one is involved in criminal life.

66. That wretched dog won’t have enough of this life to regret what he just did to me. (Pablo Escobar)

67. With the politicians we have in Colombia, being a bandit is an honor. (Pablo Escobar)

The most bandits were in Parliament, according to Escobar.

68. If I knew him, in this case, it would be with respect and from my side I would say that he is a person who is not looking for trouble, in any aspect. (Chapo Guzmán)

69. The limited use of cocaine in Mexico is going to change, Turco. For example… high officials, politicians, singers, artists, everyone with a ticket will have access to high purity cocaine, gentlemen. And to those with less purchasing power, we are going to give lower purity cocaine, with more cut, more adulterated so that it costs less and has more access to the slums. (Chapo Guzmán)

About your future plans.

About the tycoon and current president of the United States.